TLS is a layered protocol and the bottom layer is the Record Protocol, which sends blocks of data, called records, between the client and the server. The records are in a specific format.

Following figure shows various record types, which captured during a TLS protected conversation between the client and the server.

TLS handshake starts with a Client Hello Record which includes:

The server agrees on the cipher suit, the TLS version etc. with Server Hello response.

The server sends Server Hello Done message, indicating that the hello-message phase of the handshake is complete.

Depending on the key exchange method:

The client uses server public key to encrypt premaster key and sends encrypted premaster key to the server when RSA is used as key exchange method.

The Client and the server notify each other to verify the negotiated options for the session.

Change Cipher record has only one content type, which is called Change Cipher. The client and the server use this message to initialize the negotiated options for all future message they will send. 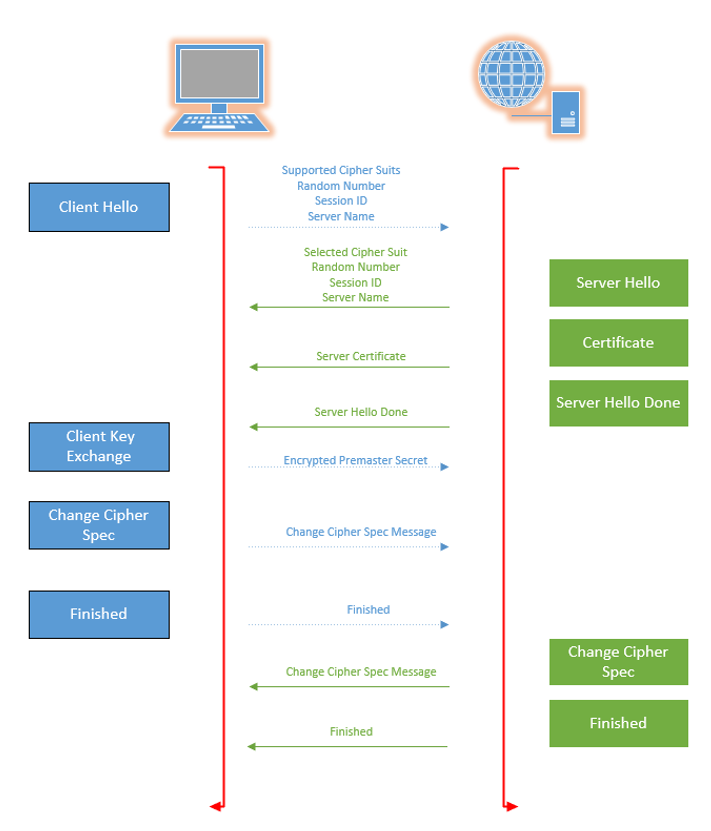 Step-1: The client starts a new handshake with a Client Hello and submits its capabilities. As seen below, the Client Hello packet contains cipher suits it supports, the host (info.cern.ch) it wants to connect, the application protocol it will protect (http/1.1), the TLS versions and signature algorithm it supports, etc. Since the client support, both TLS version 1.2 and 1.3, it sends the cipher suits in two different formats:

ALSO READ: How to analyze IPsec Traffic with Wireshark 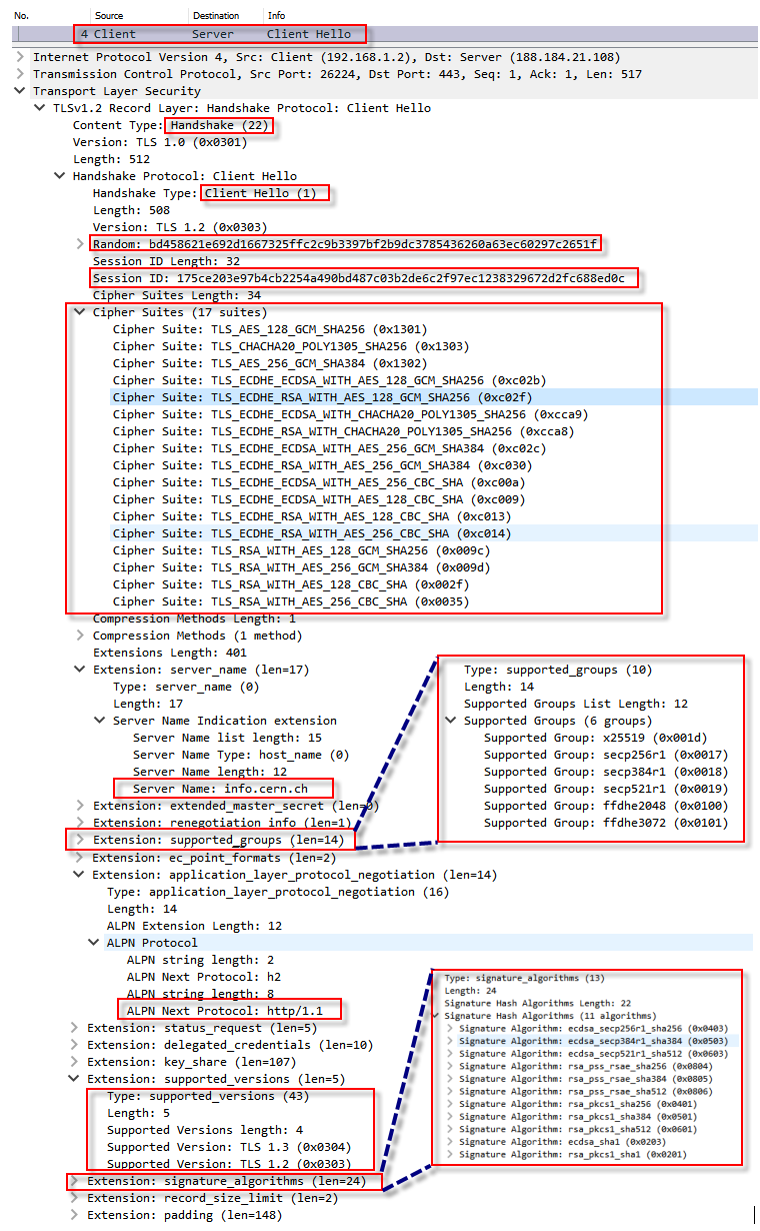 Step-2: The server picks the cipher suit and sets the other options. 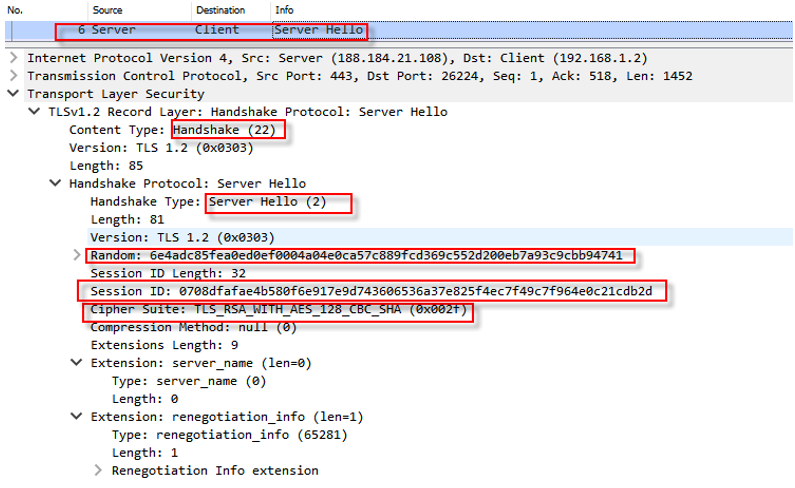 Step-3: The server sends its certificate and completes negotiations at the its side with Server Hello Done message. 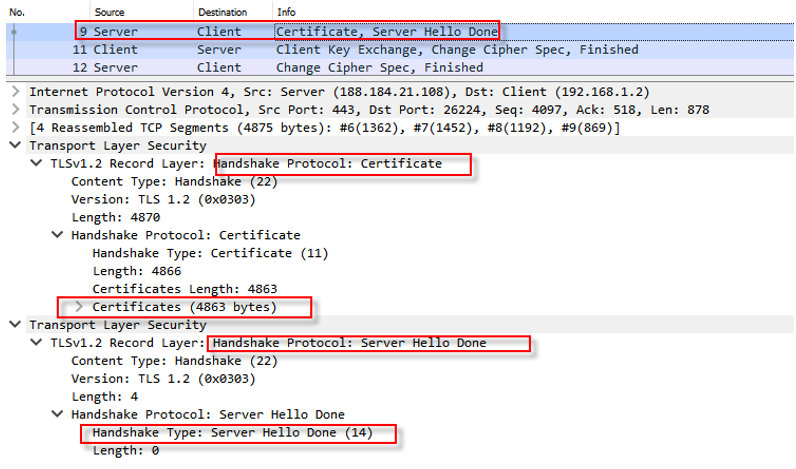 Step-4: The client uses server public key to encrypt the generated premaster key and sends it to the server. After that, the client starts the encryption and informs the server about it and the last step for the client is to verify the handshake messages it sent and received. 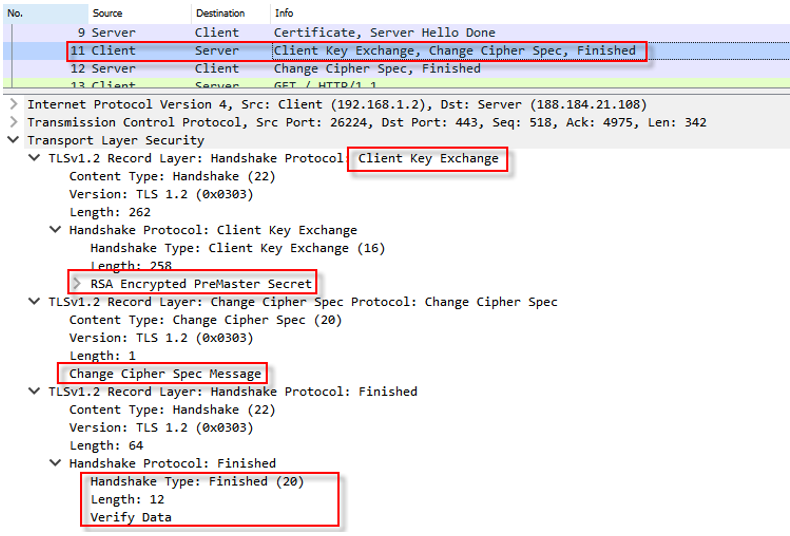 Step-5: The server starts the encryption and informs the client. Then, the server verifies the handshake messages it sent and received.

mTLs is not a new protocol and has been part of TLS specification since it was called Secure Sockets Layer (SSL). We can say that it is just a modified version of TLS. The protocol provides mutual authentication (two-way authentication), which refers to two parties authenticating each other at the same time.

Since mTLS is just a part of TLS protocol, TLS handshake is almost the same except a couple of differences. We will use “client.badssl.com” link to test and investigate mTLS handshake.

Step-1:  Open your web browser and type “client.badssl.com” while capturing packets with Wireshark.

I got the following error in the browser. 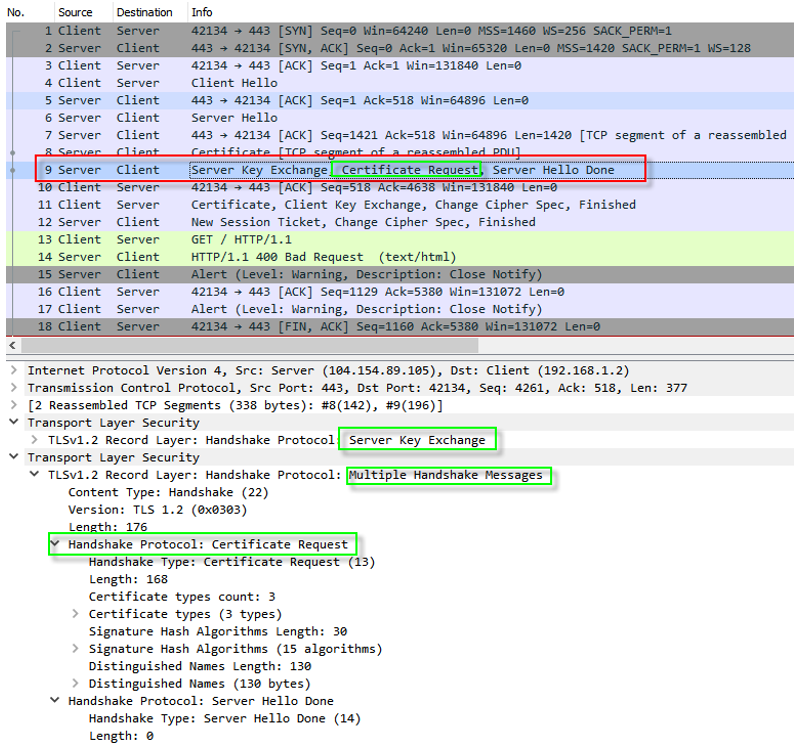 The client provides no certificate to the server in the packet number 11 and as a result the server responses with “HTTP 400 Bad Request” to the client request. 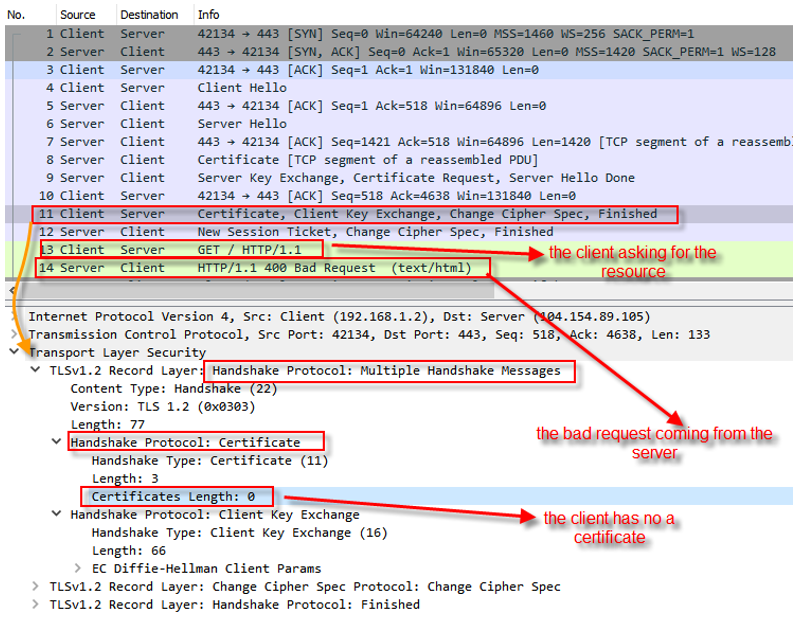 Step-2: To fix this issue, we need a certificate to use at the client side. Thanks to badssl.com, we can download it form here (https://badssl.com/download/). I downloaded badssl.com-client.p12 certificate and imported it to my web browser (Firefox) like below. 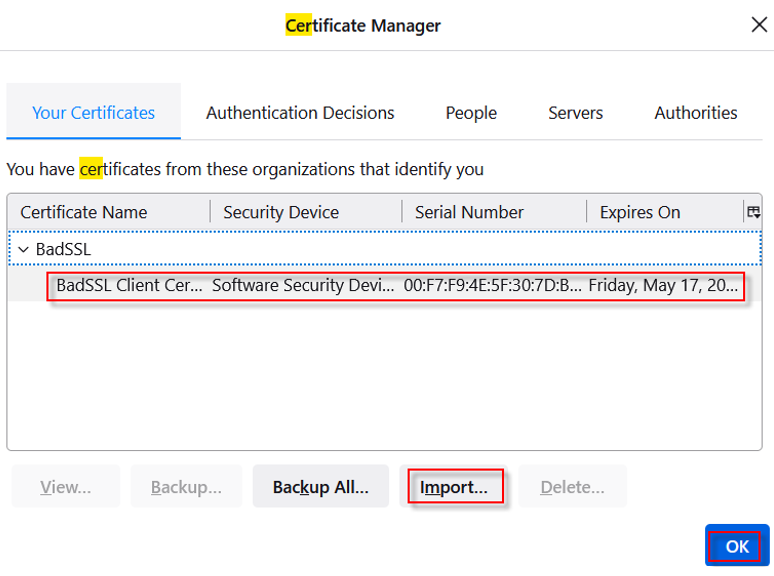 Step-3: After adding the certificate to the browser, I visited the same link again and got the pop up below. 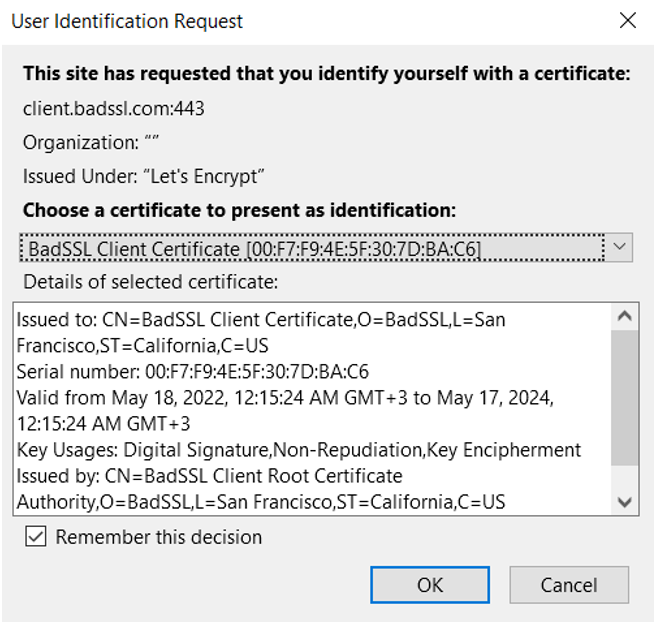 The browser asked me to select a certificate to authenticate myself. Once I pick the certificate I imported, I was able to view the site like below.

When we take a look at the capture file, this time we are able to see that the client provided the certificate to the server. 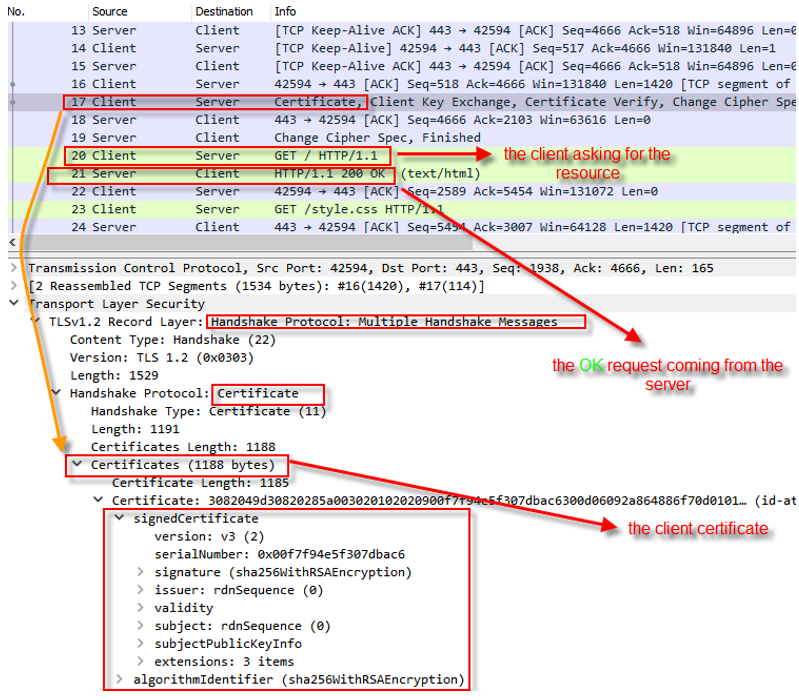 mTLs is not a new protocol and has been part of TLS since SSL. It uses the same protocols and technologies, it’s just a mutual (two-way) verification instead of one way. mTLS helps ensure that traffic is secure and trusted in both directions between a client and server.