I have been a great fan of the Linux operating system because it provides me with a robust base for Automation testing. Additionally, Linux is also robust, fast, and secure, thus used by many software organizations. The community support is fantastic, making it popular among the software development folks.

In the quest for finding test automation platforms that support Linux, I compiled a list of tools that I would like to share in this article.

The QA automation tools mentioned in this article enable the deployment of tests integrated with the DevOps workflow. They support continuous testing through integrations with many of the popular CI/CD tools. The integrations include – Jira, GitHub, Slack, Jenkins, TeamCity, and more!

I have personally utilized the power of Linux in several QA automation projects by installing the test automation platform in the operating system. I have even performed test automation steps by issuing local/remote commands through the command-line interface.

TestProject automation testing platform is an AI-smart and cloud-enabled end-to-end automation test tool covering Web, API, and mobile-based tests. It is one of the few automated software testing tools that are free to use - forever! Its open-source SDK lets developers build test scripts using Python, Java, and C#.

TestProject supports running tests on Linux systems. Their easy-to-follow automation testing guide can be used as a reference for getting started in the test automation world. The prerequisite to associating tests with Linux is to install the Linux-associated ‘test agent’ on the setup as follows:

Being considered one of the trending UI testing tools, it exhibits powerful capabilities that make UI automation easy and efficient. It works so well due to the AI-powered Web Test Recorder and the Mobile Test recorder. At the same time, it is considered a robust mobile testing tool and API testing tool. Hence, the test automation platform is an excellent choice for integration testing.

We all know that Selenium is one of the most influential and popular open-source automation testing frameworks used for testing web applications. Selenium is known as a leading WebDriver. The good news is that we can set up a Linux VM with Selenium and ChromeDriver easily.

For performing Selenium testing, the critical steps of installation involve the following:

Scripts can be written using python, C#, and Java.

Selenium is powerful, putting the IDE, WebDriver, and grid components altogether. It can execute remote commands over the network. It can be configured to be used in Linux, too, due to its multi-platform support. It offers high test coverage along with cross-browser testing capabilities.

It was inspired by the WebDriver protocol, enabling you to build test scripts with multi-platform support using the same API on iOS, Android, and Windows apps. It integrates with tools such as BrowserStack and TestProject.

Appium's desktop applications support Linux as well, and the drivers can be downloaded from the Appium website's linked GitHub page as follows: 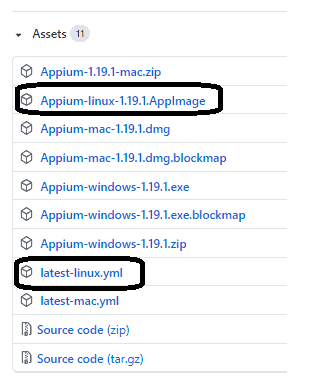 Once it is downloaded, it can be installed, and subsequently, the Appium Desktop client can be started up. Using this UI, users can start and stop the Appium-based server. Also, the test environments can be configured.

It integrates with a lot of popular end-to-end Automated software testing tools such as TestProject. Also, it helps automate any mobile application from any popular programming languages – Ruby, Python, Java, JavaScript, PHP, C#.

This scriptless AI-powered automation testing tool is becoming more popular because testers don't need to use any coding to build test scripts. The tool can be used in Linux as well. As noted below, the tests can be created associated with web apps, mobile apps, desktops, API, etc.: 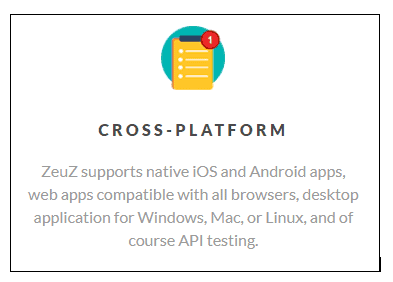 It comes with the CI-CD plugins; imperative in today's DevOps way of working.

Additionally, the click and test recorder are powered by artificial intelligence, enabling test automation designing to be performed without any programming skills.

With regards to Linux-based installs, the test automation developer needs to ensure the following configurations before they get started: 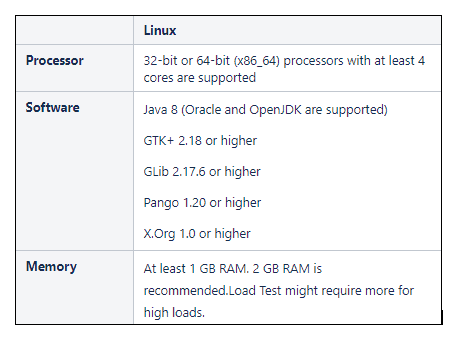 Both can be installed as a standalone Eclipse application or as an Eclipse plugin.

The tool can easily be installed on Linux, either in the manual mode or the silent installation mode.

To use this automation software, you will need to follow the following steps -

Scripting in this automation software uses VBScript primarily, and it supports JavaScript and Windows shell script.

Learning Linux is an essential skill for a manual tester or automation tester in today's cross-platform digital world. Being open-source, it provides QA engineers the flexibility of technical usage, community support, and more!

Thanks to the existence of robust, cross-platform automation tools like those listed in this article, we can now run automation software in our favorite Operating system, Linux, with ease. We hope this article helps get you started on your QA automation journey!