Getting started with Bitcoin Mining

Mining is the process of adding blocks to the blockchain. Miners contribute their computational power to solve the blocks that are added to the blockchain, and the network remunerates them with the block reward and the fees collected from all the transactions included in the block.

Bitcoin mining is how new Bitcoins are...well, coined. It doesn’t involve any actual mining, however; it’s all very virtual, done with computers. And it’s about more than just creating new Bitcoins—it’s about keeping the Bitcoin block chain growing by verifying Bitcoin transactions.

Put simply, Bitcoin mining involves the process of verifying Bitcoin transactions and adding those transaction records to the Bitcoin block chain. This business of creating new Bitcoins is only a side effect of the process—it’s a way of paying the people who do the verification work. (Or more precisely, it’s a way of encouraging people to do that dirty work. It likely wouldn’t get done if people weren’t compensated for it.)

What exactly is involved in this whole mining process? Is it something that anyone can do?

If you want the technical details, mining involves running SHA-256 double round hash verification processes on each transaction. This process validates each transaction, and then the miner adds the transaction to the current block in the block chain.

The overall mining process, however, can be described in simpler terms. It goes kind of like this:

Why are miners important? 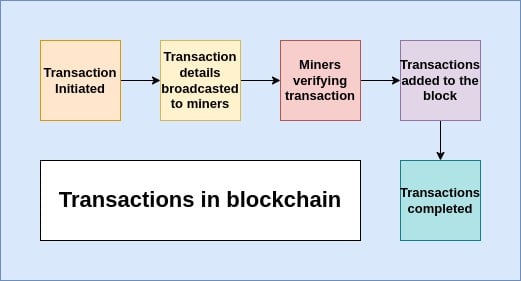 The scenario in which an attacker attempts to construct an alternative chain quicker than the honest chain is referred to as security. Even if this is accomplished, the system will not be vulnerable to arbitrary changes, such as producing value from nothing or taking money that was never his. Attacker nodes would accept an incorrect transaction as payment, but honest nodes would never accept a block with them. An attacker participant may only attempt to amend their own transactions in order to reclaim money that they have recently spent; double spending is the only way to exploit the system.

To put it another way, an attacker can trick the recipient into thinking they've been paid for a time, then modify the transaction and pay himself back once he's spent some money.

While the majority of miners are trustworthy, no attacker will be able to provide the computational power required to alter the temporary order to their benefit. Because the hash of the block is changed, the miners ensure that changing a transaction necessitates regenerating the block. Altered blocks of the chain can't solve a problem in an effective manner.

Since every transaction must be cryptographically encoded and protected, they do so by actually solving math problems and addressing cryptographic obstacles. Because of these mathematical difficulties, nobody can mess with the data.

Payments may be verified without having to run a full network node. A user only needs to keep a copy of the headers of the blocks in the longest chain of the work test, which can be obtained by searching the nodes until you are convinced that you have the longer chain, and obtain the branch of the merkle tree that links the transaction to the block in which the date has been marked. Although the transaction cannot be validated when linked elsewhere in the chain, it has been accepted by certain network nodes. As a result, the blocks added later would even validate the network's approval.

As a result, verification is trustworthy when the network is controlled by honest nodes, but it becomes more susceptible when the network is controlled by an attacker. While the network's nodes can independently validate transactions, the simplified technique may be fooled by attacker-created transactions while maintaining network dominance. Accepting alerts from network nodes when they discover an incorrect block and requesting the user who leaves the entire block and the alert transactions to validate the discrepancy is one way to protect oneself. Businesses that accept payments on a regular basis will want to run their own nodes for increased security and faster verification.

As the miners process these various transactions, they create a block, which is then confirmed and added to the blockchain. The bitcoin blockchain keeps track of all bitcoin transactions all the way back to the beginning.

Bitcoin is generated by compensating miners for their efforts in solving mathematical and cryptographic difficulties. Every 10 minutes, miners are rewarded for their efforts with fresh bitcoins.By convention, the first transaction in a block is a special transaction that creates a new currency for the block's creative node. Because there is no central authority issuing money, this gives an incentive for them to support nodes in the network and provides a method of initially dispersing coins in circulation.

Gold miners invest resources to add gold to circulation, so the continual addition of a specific number (decreasing) of new coins is equivalent. The time spent on the computer and the power necessary for your operation are resources in this scenario. Transaction fees might potentially be used to fund the incentive. The transaction rate is added to the incentive value of the block containing the transaction if the transaction's output value is less than its input value.

Once a sufficient number of default coins have been sent, the incentive can be reduced to only the transaction fee, resulting in completely free inflation. This incentive encourages nodes to maintain their integrity. If a greedy attacker accumulates more CPU power than all nodes on the network, it must choose between scamming users by stealing payments and producing new currencies. By following these principles, attackers should be able to identify a more profitable path. Otherwise, this would simply harm attacker nodes by providing them with more new coins than the total of all other honest nodes, undermining the system and the legitimacy of its own assets.

Will the miner get compensated on a regular basis?

To earn bitcoins, you must be the first miner to solve a numeric puzzle with the correct answer, or the closest answer which is also known as proof of work (PoW).

Each solution found is treated as a “share,” which is then used to calculate the distribution of rewards.

As you might suspect, most pools don’t split the proceeds equally among all miners. Participants who own more and faster mining systems will get a bigger cut of any rewards, because their participation is greater. If you have a single lower-powered system, or participate infrequently, you’ll get a smaller share. That’s only fair.

Bitcoin Miners, in a nutshell, keep the Bitcoin network safe. They do this by making it impossible to attack, modify, or shut down the network. The more miners there are, the safer the network becomes.

Is Bitcoin Mining a Waste?