What is Proof of Work in Blockchain? 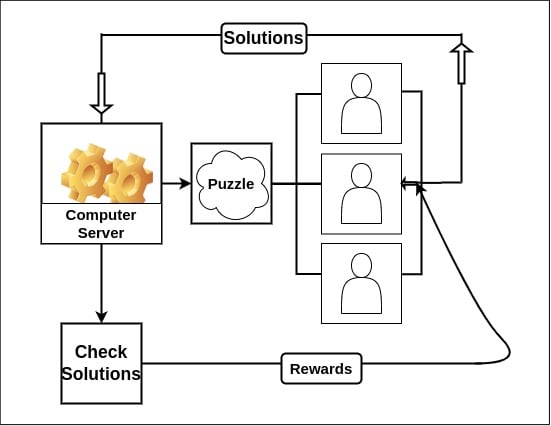 Advantages of Proof of Work

Disadvantages of Proof of Work

Some Cryptocurrencies that uses Proof of Work

How does the Bitcoin network work?

The following are the stages that the network takes:

The nodes always evaluate the longest string to be accurate and true before attempting to expand it. Some nodes may get one or the other first if two nodes emit distinct copies of the next block at the same time. In that instance, they work on the first branch they get while keeping the other branch in case it becomes longer. The tie is broken when the next proof of work is discovered and a branch gets longer; nodes that were previously working on the other branch are then switched to the longer branch.

It is not necessary for new transaction emissions to reach all nodes.

When they reach a large number of nodes, they will form a block before a considerable period of time has passed. Message loss does not affect the emission of the blocks. If a node does not get a block, it will request one when it receives the next one and discovers that it has been missing.

What is Proof Of Stake? How is it differ from Proof of Work?

Proof of stake is a consensus process that is used to validate bitcoin transactions as an alternative to proof of work. Owners of cryptocurrencies can stake their coins in this system, giving them the ability to review new transaction blocks and add them to the blockchain. Owners of a cryptocurrency can stake coins and construct their own validator nodes using the proof-of-stake approach. Staking is the act of committing your coins to be used for transaction verification. When you stake your coins, they are locked, but you can unstake them if you decide to exchange them.

Advantages of Proof of Stake

Disadvantages of Proof of Stake

Some cryptocurrencies that uses Proof of Stake

Proof-of-work is intended to prevent users from generating coins that they did not earn. If users could spend their coins multiple times, then money would basically become worthless. Proof of stake is a consensus process that is used to validate bitcoin transactions as an alternative to proof of work. Both consensus algorithm has its own advantages and disadvantages.

What is Blockchain?
Brief History of Bitcoin
Proof Of work Wikipedia
Proof Of Stake Wikipedia