Getting started with Blockchain - Tutorial

Introduction: What is blockchain?

ALSO READ: Graphene Blockchain : How does it work?

These are some of the most commonly used terms in blockchain technology. If we come across any new terminology, we will define it as needed.

What does a block contain?

As we know, a blockchain consists of a chain of blocks. But what does a "block" consist of?
Well, it consists of the following elements: 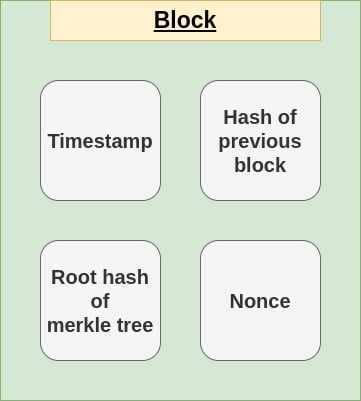 A block has its own timestamp. Timestamps are useful for keeping track of when data is stored in the block. The time is represented in seconds starting from the date January 1, 1970. 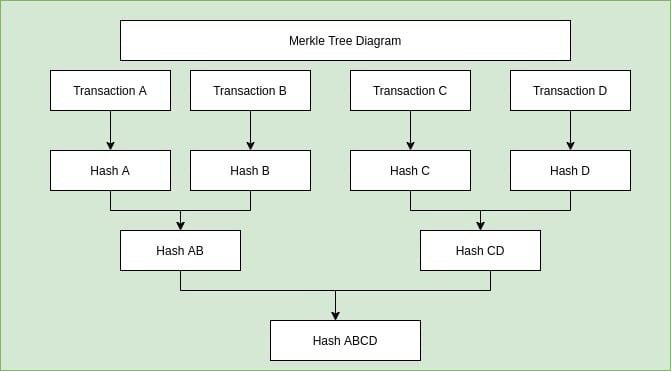 A Merkle tree is a binary tree with up to two children. It is a hash-based data structure.As seen in the above figure, a merkle tree can be used to verify information in a vast amount of data in an efficient and secure manner. All transactions in a block can be summed up in a hash, which is the Merkle tree's root hash.

When a block is produced, a 32-bit whole integer is generated at random. This 32-bit whole integer is known as the nonce. It can only be used once in a cryptographic communication. It's used to make a hash of the block header. A nonce generates the cryptographic hash when creating the first block of a chain. The first block of a blockchain is called a genesis block, or Block 0. After that, in order to form the next block in the chain, miners decide the nonce by solving a cryptographic challenge.

We have now defined and described blockchain. Now, let's see how a blockchain actually works. Nodes are either miners who create new blocks and mint cryptocurrency (coins) or block signers who validate and digitally sign the transactions. This scheme is presented here to give you a general idea of how blocks are generated and what the relationship is between transactions and blocks:

This process can be visualized in the diagram as follows:

A public distributed ledger is a collection of digital data that is synchronized globally and can be accessed by anybody on the network. When everyone in the network has a copy of the ledger, no one can change the data on their own. As, the network ledger is verified by all other users on the system, a better outcome is ensured.
As a result, it is regarded as one of the most important features of the blockchain.

Consensus is a fault-tolerant strategy used in blockchain systems to obtain the necessary agreement on a single data value or a single network state among dispersed activities or multi-agent systems, such as cryptocurrencies. It's a decision-making mechanism for a collection of nodes that needs to reach an agreement rapidly and be active on the network to keep the system running smoothly. It's similar to a voting system in which the majority wins and the minority has no other options.

The blockchain network is decentralized, which means it doesn't have a single governing force or person in charge of it. Instead, a set of nodes maintains the network, making it democratic and putting us, the users, on the front line. The movement of control and decision-making from a centralized body to a distributed network is referred to as decentralization.

Immutability refers to something that cannot be modified or altered, and it is one of the key characteristics of blockchain that ensures it remains a permanent and unalterable network.Each validated transaction in a blockchain stores a timestamp in the block, which is cryptographically protected by a hashing process based on the attributes of the preceding block's hash, and joins the chain as the next sequential update.

As blockchains are shared and everyone can see what is on the blockchain, this allows the system to be transparent. As a result, trust is established. This is more relevant in scenarios such as the disbursement of funds or benefits where personal discretion in relation to selecting beneficiaries needs to be restricted.

As no trusted third party or clearing house is required in the blockchain model, this can massively eliminate overhead costs in the form of the fees, which are paid to such parties.

Some problems with BlockChain

As with any technology, some challenges need to be addressed in order to make a system more robust, useful, and accessible. Blockchain technology is no exception. The most sensitive blockchain problems are as follows:

Blockchain is a decentralized, peer to peer, distributed technology that keeps records of digital assets in a chain of blocks. It’s main features are immutability, decentralization, consensus, and publicly distributed ledger. The first block of a blockchain is called a genesis block, or Block 0.A block consists of  timestamp,  hash from the previous block,  merkle tree root hash, and nonce. To summarize, this blog post introduced us to the world of blockchain.

ALSO READ: Importance of hashing in Blockchain and Bitcoin