What exactly is Cryptography?

The science of keeping communication secrets is known as cryptography. Cryptanalysis is the study of cracking an encrypted message, or extracting the plaintext without knowing the key. Cryptographers do cryptography, whereas cryptanalysts perform cryptanalysis.

The original message is referred to as plaintext in cryptography terminology. Encryption is the process of changing the original text such that it is hidden from other material. The encrypted communication is referred to as ciphertext. Decoding refers to the process of obtaining ciphertext from plaintext. Typically, a method employed in the encryption and decryption key and the algorithm ensures that decryption can be performed only with the key.

Typically, a method employed in the encryption and decryption key and the algorithm ensures that decryption can be performed only with the key.

Assume you need to send a message to the recipient. You don't want anyone other than the recipient to be able to read the information you've sent. However, there is always the potential that the package will be opened or the email may be intercepted.

In essence, cryptography is the technique of communicating securely in the midst of potential third-party malicious entities. There are two fundamental components to safe communication:

Encryption, which can be symmetric or asymmetric, is used to ensure data privacy.

A generic cryptographic model is shown in the following diagram: 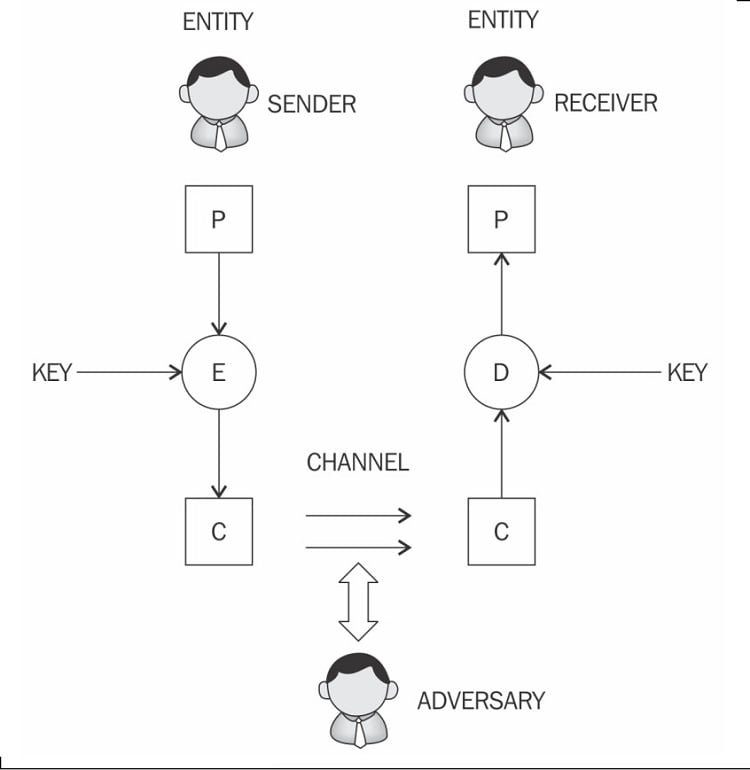 In the preceding diagram, P, E, C, and D represent plaintext, encryption, ciphertext, and decryption, respectively. This model utilizes concepts such as entities, senders, receivers, adversaries, keys, and channels. These concepts are explained as follows:

How does Proof of Work use Cryptography?

Proof of Work is a consensus algorithm that uses a cryptographic hashing puzzle to make sure that a certain amount of work has been done before a block is created. Bitcoin's Proof of Work uses the SHA-256 hash function to create a hashing puzzle.

Blocks in a blockchain network are created by a special type of validator node called a miner. These miner nodes compete with each other to solve the hashing puzzle in order to produce a block to be appended to the ledge

Blockchain miners will start to solve the hashing puzzle whenever they have data (often, a set of transactions) that needs to be included in a block. The following image shows the basic structure of a block header used in a Proof of Work-based blockchain application. 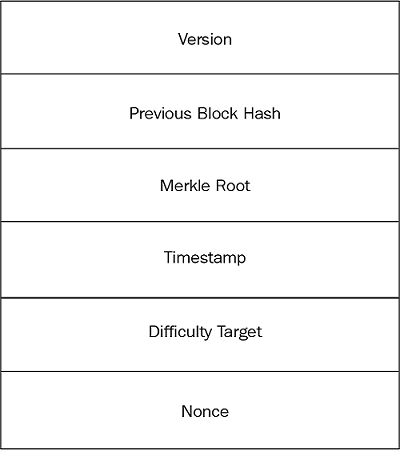 Using a hash function to perform Proof of Work turns out to be a good approach because it is difficult to fraudulently compute a hash value due to its cryptographic characteristics. Hash functions make sure that a certain amount of CPU effort has been used to compute hash values, and that the hash rate of the computer is the Proof of Work during this process.

There are two types of key algorithms:

Stream ciphers and block ciphers are two types of symmetric algorithms. Streaming encrypts information bit by bit, whereas blocking encrypts a certain group of data bits, typically a block size of 64 bits, and then encrypts this set as a whole.

Asymmetric ciphers make the public key available to everyone (for example, by publishing it in a newspaper). This makes it possible for anyone to encrypt the message. This communication, however, can only be decrypted by the proper individual. The encryption key is referred to as the "public key," whereas the decryption key is referred to as the "private key" or "secret key."
In general, symmetrical algorithms are quicker than asymmetrical ones. In fact, both types of algorithms are frequently used in conjunction: a public key algorithm is used to send a randomly generated secret key, which is subsequently used to decode the message.

Cryptographic hash functions often generate values of 128 bits or more. This figure is far more than the quantity of messages that will ever exist on the globe.

Many good cryptographic hash functions are freely available. MD5 and SHA are two popular ones.

Random numbers should ideally be based on a true physical source of random information that cannot be anticipated.

Cryptanalysis is the study of cracking an encrypted message, or extracting the plaintext without knowing the key. Cryptographers do cryptography, whereas cryptanalysts perform cryptanalysis.