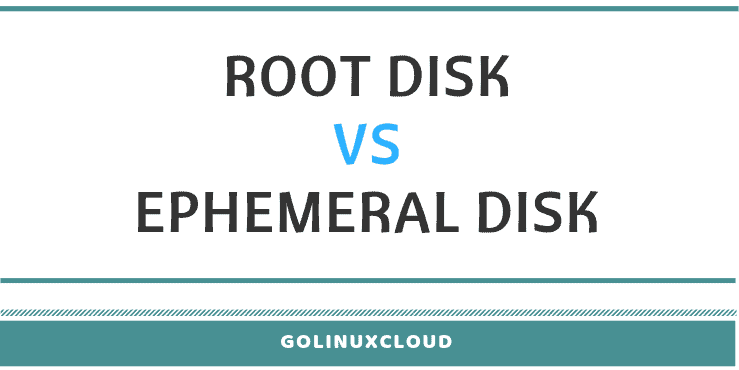 Each instance needs at least one root disk (that contains the bootloader and core operating system files), and may have optional ephemeral disk. The content for the root disk either comes from an image stored within the Glance repository (and copied to storage attached to the destination hypervisor) or from a persistent block storage volume (via Cinder).

Below list of flavors exist on my undercloud node in OpenStack

How to create a flavor with root disk and ephemeral disk in OpenStack?

Here below I am creating a flavor m1.exercise with 10 GB root disk and 2 GB Ephemeral Disk

Lastly I hope the this article on difference and comparison between root disk vs ephemeral disk in OpenStack was helpful. So, let me know your suggestions and feedback using the comment section.