What is Counting Bot?

Have you ever heard of a bot that lets you count and compete with other server by just doing this? You need a friend to count with so this not only promotes engagement and being active, it also promotes camaraderie among the community members by helping each other, which is the Counting bot.

How to Install Counting Bot on Discord Server?

Here are the few steps to install counting bot on your Discord server.

ALSO READ: How to use Discord Server Boost? [SOLVED]

Step 1. Open your Discord in browser

Since you will need to invite the bot in your Discord server, you have to use a web browser in doing so. 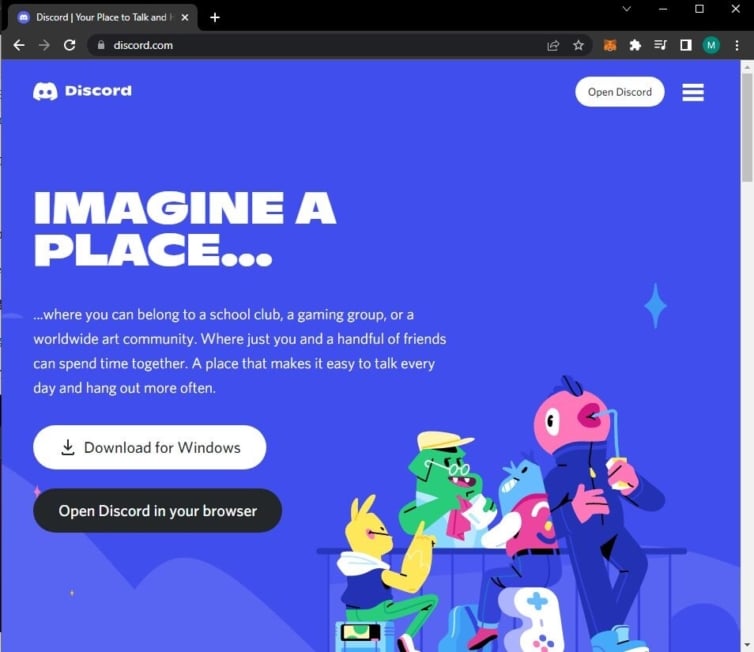 Counting bot is listed on Top.gg. You can also Google "Counting Bot" and the first one on the list is the official one.

After visiting the official website. You will see the counting bot and its commands. Click on "Invite".

After inviting the bot, you will be then redirected to this page asking you to add the bot on the server of your choice. In this instance, I will be adding the counting bot on my Discord server, Chronos Guild.

After selecting the server of your choice, click "Continue". 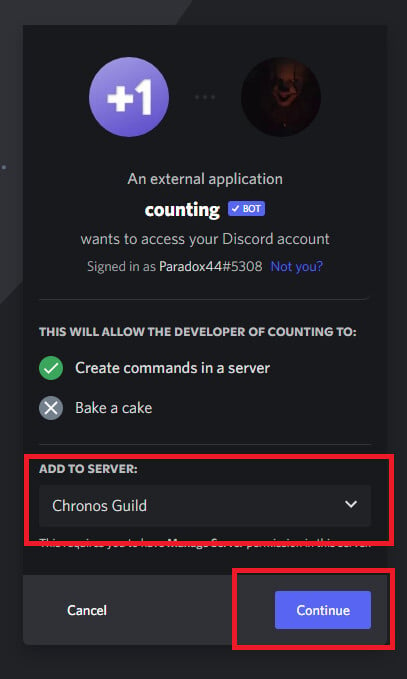 After adding the bot to the server, you will be asked to authorize the bot with the permissions listed. Don't worry, you can change these permissions later. Click on "Authorize". 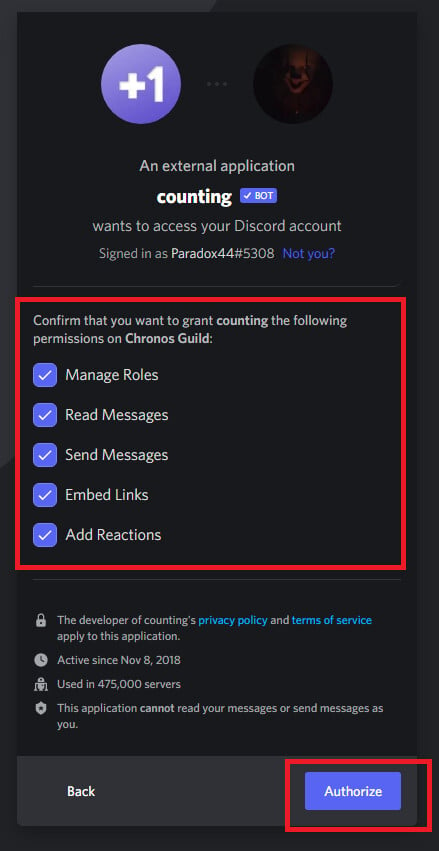 After authorizing the bot, you now need to complete a captcha challenge to prove that you're not a bot. Put a check on the box and you're good to go. You will be prompted that you can close or refresh the tab now.

ALSO READ: How to add Gartic Bot on Discord? [Step-by-Step] 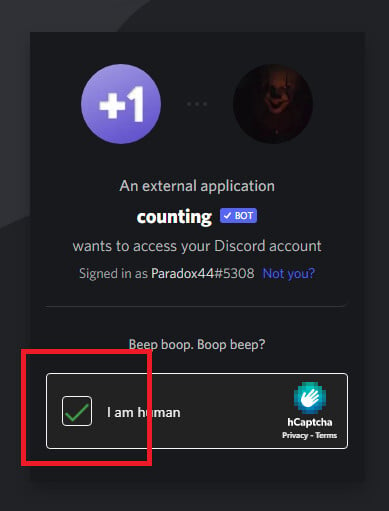 Step 7.  Go back to your Server

Go back to your Discord server and look for a channel that you want to start the count on. As for this example, I created a new channel called counting. This will be the channel where I would put the counting bot and start counting. 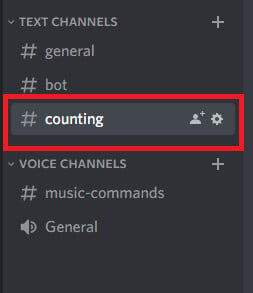 Step 8. Inviting the Bot on the Channel

You have to use the command c!channel so that the bot would know where to go and where will it look for the count. I will be using the counting channel that I have created. Send this command

After sending the command, you will be prompted that the counting channel has been updated to that specific channel.

You can now start counting, starting from 1.

Note: You cannot count countinuously two numbers in a row. You need someone else to count the next number. After successfully counting, the bot will send a reaction on your count.

ALSO READ: Discord Nitro Overview and Is it Worth Buying?

Here are the full list of User and Admin Commands.

Input fields prefixed with a ? are optional.

ALSO READ: How to share Audio on Discord? [SOLVED]

Counting bot is a good bot to have in your Discord server. It keeps the community engaged and it also challenges other Discord server by counting as high as possible. Since you cannot do this alone as it takes a friend or a partner to make this work, an interaction within the community happens. This would not only make your Discord server active, it would also promote camaraderie amongst the members. If you're looking for a bot that would be interactive and fun, invite counting bot now. It is easy and fun!

If you have more questions, you can visit their official Discord Support Server.