Discord may appear a little intimidating if you're new to the platform. This is particularly true if you have recently joined a discussion with plenty of participants where the conversation is advancing quickly. You might need to learn a few tricks to be able to join in the conversation.

Discord has a feature called strikethrough that allows you to cross out text. This can be useful for indicating that something is no longer relevant, or for making a joke. To use strikethrough, put two tildes (~~) on either side of the text you want to strike through as Discord uses text markdown.

Text markdown, the method of formatting your text with punctuation marks, is one of the fundamental Discord features you'll want to learn. Here's a quick guide on using markup in Discord to use strikethrough. But first, what is a Markdowm?

What is a Markdown?

Markdown is a text-to-HTML conversion tool for web writers. Markdown allows you to write using an easy-to-read, easy-to-write plain text format, then convert it to structurally valid XHTML (or HTML). Meaning, Discord uses symbols for its formatting function. As for using strikethrough on Discord, you need to use tildes (~).

ALSO READ: How to use Discord Spoiler Tags? [Step-by-Step]

What is a Strikethrough on Discord?

Strikethrough is a typographical resentation of words with a horizontal line through their center, resulting in text like this. Contrary to censored or sanitized (redacted) texts, the words remain readable. This presentation signifies one of two meanings. In ink-written, typewritten, or other non-erasable text, the words are a mistake and not meant for inclusion. When used on a computer screen, however, it indicates deleted information, as popularized by Microsoft Word's revision and track changes features. It can also be used deliberately to imply a change of thought.

In Discord, strikethrough is used for cancelling or negating something that you sent, may it be a correction or a complete change in mind. You usually delete messages, but if you still want to keep the original message and imply that you have another thought or that the original has been changed, you will be using strikethrough.

How can I Strikethrough texts in Discord PC and Mobile?

There are two methods on crossing out a message, text or a sentence of your choice on discord. One method is to put two tildes (~~) at the beginning and the end of the message that you want to appear as strike through or crossed out and the other method is to highlight the word or text that you want and use the built in menu to strikethrough. Here are the step by step and detailed guide on how to use strikethrough.

Strikethrough is mostly used by Discord server owners for editing announcements, most probably a change in time or date of an event on a Discord server. Some also uses this feature for sending jokes that might need crossing out a word for the audience to get the point.

ALSO READ: How to ban someone on Discord? [SOLVED]

You need to open your Discord app or browser to start sending message on the platform.

You also have to select the server that you want to send your messages in. For this instance, we will be sending the message on my own server, Chronos Guild. 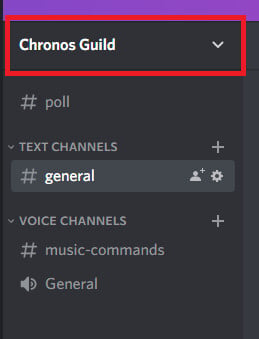 After selecting the Server, you have to select the channel that you want to send the message. You can also send a message to channels that you have access to. For this example, I will be sending my message on the general channel. 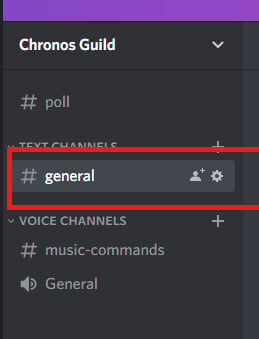 On the channel that you selected, you can type in the message that you want to send.

NOTE:
The message, word or phrase that you selected will automatically be seen as formatted, do not worry about the extra tildes since they will not be seen by the readers once you sent the message.

After formatting the message that you want to send, you can now send the message and the word you selected will appear as striked through.

ALSO READ: How to Invite Someone to a Discord Server [SOLVED]

You need to open your Discord app or browser to start sending message on the platform.

You also have to select the server that you want to send your messages in. For this instance, we will be sending the message on my own server, Chronos Guild.

After selecting the Server, you have to select the channel that you want to send the message. You can also send a message to channels that you have access to. For this example, I will be sending my message on the general channel.

You have to highlight the text, word or phrase that you want to edit. For this instance, I want to put a strikethrough on the words "highlight method".

After highlighting a text or word, you will see that there will be a menu pop up. You need to choose this symbol that corresponds to strikethrough.

You message will automatically be edited and have the markdowns on the beginning and the end of the word.

ALSO READ: How to report a Discord Server? [SOLVED]

Once you send the message, it will appear as a crossed out word.

There you have it! You have finally made your first message that has a strikethrough in it.

Discord has many functions that uses markdown and strikethrough is one of them. You can use this feature using two ways, by putting two tildes at the start and the end of the text that you want to edit or you can also highlight the message and select from the pop up menu. You can use this if you're sending a joke or making edits from your past messages. If ever you need to use this function, don't forget, only two tildes!