What is Double Spending? 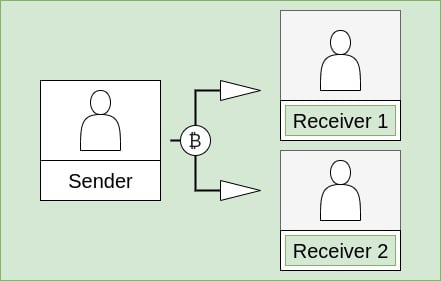 Consider the following scenario:
You go to a restaurant and order a $1 burger. You pay in cash for your purchase. This money is now at the establishment's cash register. You can spend another $1, but it will not be the same $1 that you lost. Unless you steal them from the cash register. As a result, you paid the bill, the service provider immediately acknowledged receipt, and you were given a burger in exchange for $1.
Cryptocurrencies, on the other hand, are digital rather than real money. Transactions can be replicated or routed as a result. This allows you to spend the same BTC several times.

Why is Double Spending in Bitcoin blockchain harmful, and how does it occur?

Did you know that there have been other attempts to develop a long-term digital money system before Bitcoin? However, they all broke because transactions can be replicated. Furthermore, bytes are less difficult to copy than paper. Double expenditure occurs as a result of this. Because it minimized the risk of double spending, Bitcoin has been able to survive and grow to its current level. However, it could be theoretical. It happened with its forks and other cryptocurrencies more than once.

How do you double spend your money?

In our scenario, you paid in cash at a cafe, and the transaction was immediately validated by the operator, and you were even handed a check. However, when there is no verification mechanism in place for a digital currency like BTC, it can result in double spending. Anyone can simply duplicate digital money and use it to make purchases elsewhere. With insecure systems, it's as simple as continuing to use the same method until a previous transfer is confirmed. A gap in time between sending and confirming/receiving the transfer is required to make a double spend.
For example, fraudulent real estate transactions occur when the same apartment is sold to several people simultaneously.

How can it be avoided?

The Bitcoin and other cryptocurrency blockchains address the issue of double spending by doing the following:

Since its inception, the blockchain has retained a chronologically ordered ledger of transactions containing timestamps (since 2009 in the case of BTC). A block comprising a collection of transactions is added to the ledger every 10 minutes. The blockchain is replicated by all nodes in the Bitcoin network.

Let's imagine you have 1 BTC and want to spend it twice.You've made one Bitcoin transaction with merchant

ALSO READ: How to Mine Bitcoin - One STOP Solution

Only the first transaction, which was wrapped in a block, gained confirmation and was validated by miners. Because the miners believe the second transaction is illegitimate, it cannot acquire enough confirmations. What is the danger of double spending, and how does it happen in the Bitcoin blockchain?

What happens if miners accept both transactions at the same time?

When they take both transactions from the pool at the same moment, the one with the most network confirmations will be included to the blockchain, while the other will not. For their own protection, the receiver must wait for many confirmations of the transaction to be certain that it has been completed. You can't merely rely on a translation link to get by. It's tough to trust the sender's honesty until the money comes in the wallet.

Each transaction and block has a mathematical relationship with the one before it. Since all of these confirmations and transactions are time-stamped, they cannot be reversed.It is not necessary for the transaction to be confirmed first in time; rather, it must be in the longest chain.

Under what conditions is double spending still possible?

In theory, every network is active in preventing duplicate spending. PoW is used to prevent this with bitcoin and related currency. PoS is another common consensus method; you can also learn about other consensus algorithms and the Ripple consensus protocol separately. The network chooses the nodes in RCP. Some people are trusted, while others are shunned. Although there are certain disadvantages to this way of preventing duplicate spending, which we shall cover in future posts.
Waiting for confirmation is a good approach to protect oneself. You don't have to be aware of the technical details of transaction confirmations. However, you must be aware of the number of confirmations necessary to authenticate a transaction. This will keep you safe from scams. It's safe to state that the more blocks are added and confirmations are received, the more secure the transaction becomes.

How do confirmations work?

When a user wishes to transmit BTC to another user, he supplies the bitcoin address (public key) and signs it with a private key, establishing an asymmetric key pair. The miners then verify the signature's validity using the public key. If that's the case, they'll include it in the data block they transmit to the blockchain, thus "confirming the transaction" when the block is added. If the chain is short, confirmation alone is insufficient. It will then be discarded.

Each confirmation takes about 10 minutes on average. So it'll take around an hour to get six confirmations. It can take significantly longer if the network is busy, such as during a period of strong price volatility. You should see the transaction details in your wallet with its ID after a successful transaction. Check the amount of confirmations made for that particular transaction in a blockchain explorer.

Cryptocurrencies are digital so, transactions can be replicated or routed as a result. This allows you to spend the same BTC several times. The Bitcoin and other cryptocurrency blockchains address the issue of double spending by using proper transaction confirmation mechanisms and open ledger. To summarize this blog post gave us good insight on double spending problem and it's possible solution.