In layman's terms Git is basically a content tracker. Git shares common principles of most version control systems. However the distinct feature that makes Git unique among the variety of tools is that it is a distributed version control system. This distinction means Git is fast and scalable, has a rich collection of command sets that provides access to both high-level and low-level operations, and is optimized for local operations.

Before we dive into the world of git commands, let’s take a step back and visualize the overview of components that make up the Git ecosystem: 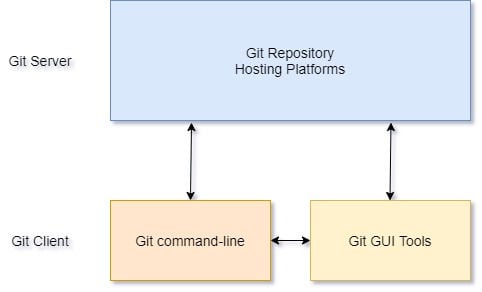 What is Version Control

Why we need Version Control

You may have probably visited Wikipedia. Now we all are allowed to modify any of the article on Wikipedia but you must wonder how anyone would know if I just went ahead and deleted some data on any of the Wikipedia post?

ALSO READ: The ins and outs of the git prune command explained

This can be tracked via Version Control because any and every edit performed on any Wikipedia article is tracked and you can access this data using "View History" section. 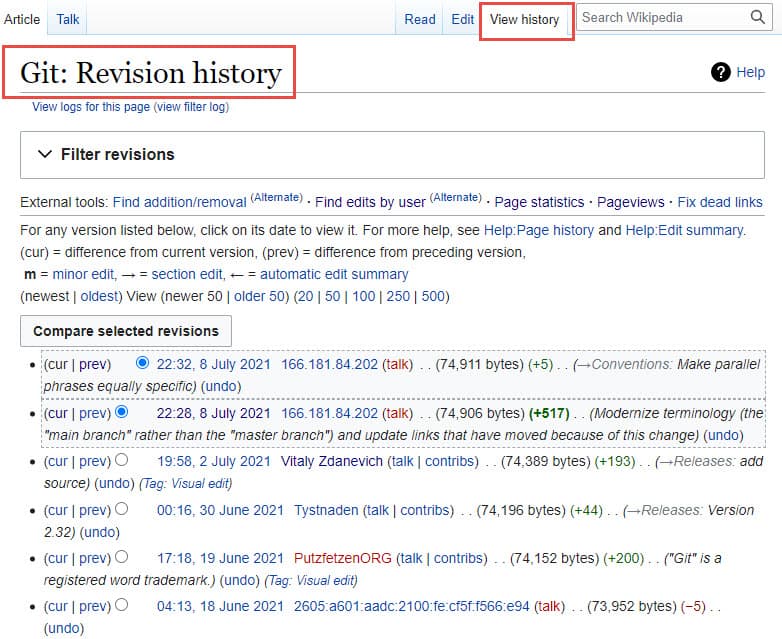 The history page shown in above image lists changes to that page. It also records the time of the change, the user who made it, and a message associated with the change. You can examine the complete details of each edit, and even revert back to an older version of the page. This is a good example of a simple form of version control.

Google Docs, Microsoft 365 etc are some more examples of version control that you might experience in daily life. If you check the revision history of a file in Google Docs you’ll notice that Google saves the state of your file after every few changes.

There are two types of version control systems (VCS), known as “centralized” and “distributed”.

Centralized systems have a copy of the project hosted on a centralized server, to which everyone connects to in order to make changes. Here, the “first come, first served” principle is adopted: if you’re the first to submit a change to a file, your code will be accepted.

In a distributed system, every developer has a copy of the entire project. Developers can make changes to their copy of the project without connecting to any centralized server, and without affecting the copies of other developers. Later, the changes can be synchronized between the various copies.