Some people, mostly online are too lazy to read what you send, maybe an announcement, rule, or even just a random chat that is too long to read. With this in mind, you need a phrase or word to get through them so they would understand what you want to imply. Specifically, in Discord, most members are not reading long text as they think it's unimportant. By underlining a word, you can showcase the thought and essence of what you want to say so that they would easily understand.

There are no visibile editing guide inside Discord that helps you with making your text underlined yet some people or community members can still do it, how? The answer is simple, Discord uses markdowns in formatting messages on discord. Here's how you underline a word or phrase in Discord.

What is a Markdown?

Markdown is a text-to-HTML conversion tool for web writers. Markdown allows you to write using an easy-to-read, easy-to-write plain text format, then convert it to structurally valid XHTML (or HTML). Meaning, Discord uses symbols for its formatting function. As for underlining a text, you need to use underscore (_).

What should I underline?

When you underline a word, you are choosing, organizing, and considering the significance of whatever you're saying. You should use this for important imformation, an emphasis on a word or phrase, or something that you think is essential in the message that you want to send. You can also use this for emphasizing the main idea of your message. This will help your readers to focus on that word and understand the context without reading the whole message.

How to underline in Discord

On Discord app on PC

Choose a word, phrase or text you want to appear as underlined. For this instance, I will be underlining the word "announcement".

ALSO READ: How to strikethrough any text on Discord? [SOLVED]

After hitting Enter, you will send the message and the word "announcement" will be underlined as shown below.

On Discord app on IOS/Android

Underlining a word on IOS or Android phones are more or less the same with doing it on PC. You also have to put an underscore at the start and at the end of the word, phrase or text you want to appear as underlined. The only difference is that the word would not appear as formatted even though you've put an underscore on the word. Here's the few steps that you need to do to be able to send underlined words on Discord app in IOS or Android.

Enter your message that you want to send. Choose a word, phrase or text you want to appear as underlined. For this instance, I will be underlining the word "sending".

ALSO READ: How to share Audio on Discord? [SOLVED] 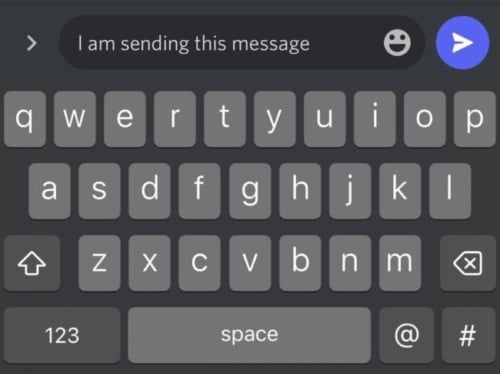 Now that you've chosen a word that you want to be underlined, put a double underscore (__) before and after the word that you chosen. Don't worry if it doesn't show as formatted like in Discord app in PC. After sending the message, it will then be shown as underlined. 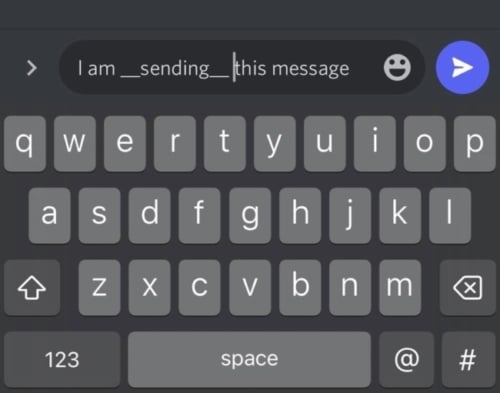 After hitting the arrow to send your message, the word selected will appear as underlined as shown below. As for this example, I chose the word "sending" to be underlined.

There you have it! You can now underline words that you think might be important!

Discord offers many features in your text such as underlining a word. This gives emphasis to a word, phrase, or text that you deem to be important and that everyone should read. By underlining a text, readers can improve overall reading efficiency by facilitating a greater understanding of information the first time that it is encountered. Just note that do not overuse underlined words because this might ruin the purpose of giving the emphasis to some of the thoughts in what you're writing. Also, some Discord server has rules in using too much markdowns, and if you break that rule, you will either be muted or worse, get banned in the server.