Local file inclusion (LFI) is a type of cyber attack in which an attacker is able to gain access to sensitive information stored on a server by exploiting the server’s vulnerabilities and including local files. An attacker will look for insecure coding practices and flaws in the system that can be exploited to gain access to sensitive files, such as those containing system settings, configuration files, and other sensitive data.

This type of attack can be used to gain access to sensitive data, such as passwords, credit card numbers, and other confidential information. It can also be used to gain unauthorized access to the server, allowing the attacker to install malicious software or corrupt the system.

Installing Dirbuster on Kali Linux is as easy as running a single command. To install we will run the command.

Before we run the local file inclusion attack, we first need to do some reconnaissance on our target. Reconnaissance will help us determine some of the directories found on the target’s web server. Dirbuster is our go-to tool to use for scanning. To scan the target using Dirbuster we will run the command.

In our case, the command is as shown in the image below. 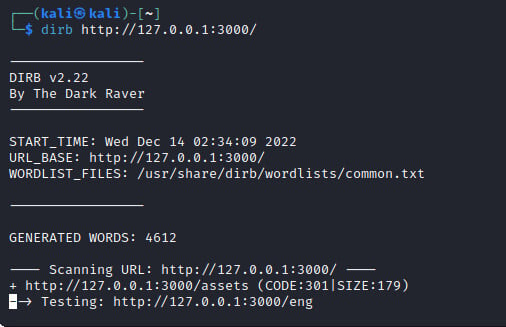 NOTE:
To make the scan more effective, we can indicate the wordlist to be used by the Dirbuster. Using tools such as Crunch, we can generate world lists containing the names of the directories that are more likely to be found.

After the scan is complete, we can see the folders that have been found on the target web server in the image below. From these directories, we can be able to find a folder from which we will launch the local file inclusion attack. 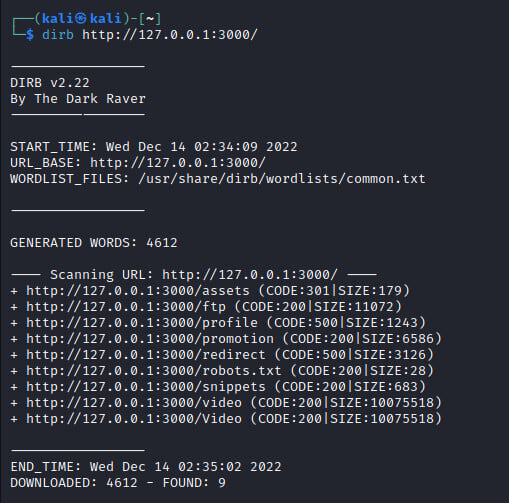 Now we have directories that may contain files of interest for the local file inclusion attack. We have to browse through each of the to determine the one we want. When we visit the first directory (http://127.0.0.1:3000/assets), we can only see a blank screen. On the next link (http;//127.0.0.1;3000/ftp), we find various files as shown in the image below.

In the image above, we can see a package.json file. Bad actors may exploit vulnerabilities found in the dependencies being used to compromise a target system. When we try to open the file, we run into an error as shown in the image below.

As we can see in the image, only .md and .pdf files can be opened by a user on the web server. After scouring the internet for some time, I found out we can perform a Null Byte Injection on our target server to download the prohibited files by adding %00 or %2500 followed by the allowed extension.

A pdf is automatically downloaded to our downloads folder. If you look closely, this is the “package.json.bak” which has been downloaded but it has a .pdf extension as shown in the image below. 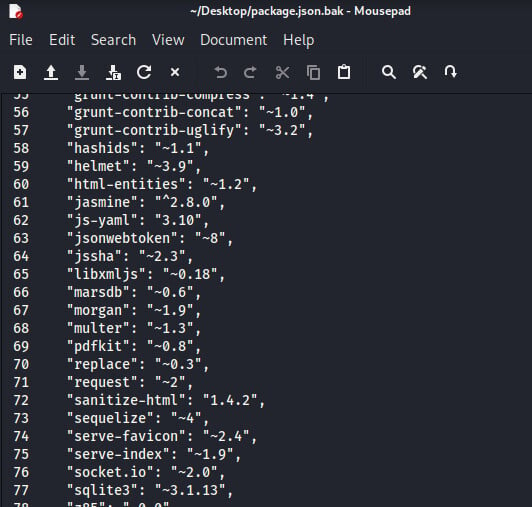 From here, a bad actor can exploit vulnerabilities found on specific versions of these dependencies. Moreover, an intruder can download other important files found in the scanned directories which could mean more harm and damage to the website owner and the users. Some of these files include the .env files which contain the environment variables.

Local file inclusion can be prevented by properly securing the system, such as using a web application firewall and properly coding to ensure that all requests are properly validated. In addition, proper security protocols should be implemented, such as using strong passwords and two-factor authentication.

The consequences of a successful local file inclusion attack can be severe, not only for the targeted system but also for the organization as a whole. Not only can sensitive information be exposed, but the attacker can also use the access to gain access to additional systems and resources, potentially putting the entire organization’s network.

It is essential for organizations to take the necessary steps to mitigate the risk of a Local File Inclusion (LFI) attack by properly configuring their web applications and servers. By following best practices such as validating user input, patching vulnerable web applications and servers, and implementing access control measures, organizations can protect themselves from this type of attack. Taking the proper security measures can help prevent the devastating effects of an LFI attack, allowing organizations to remain secure and successful.