Discord offers many music bots. There are many discord music bots available to choose from, each with their own unique features and capabilities. However, finding the perfect discord music bot can be a challenge, as there are so many options available. One of them is different and it depends if you deem them as a cut above the rest, but in this article we will be tackling about the Lofi Radio Bot. Are you a fan of lofi music? Do you love to listen to the relaxing sound of lofi? If your answer is yes, this article is for you.

Lofi Radio Bot on Discord is a music bot that lets you play Lo-Fi music in your Discord server. The bot comes with a variety of Lo-Fi music genres to choose from, and you can even queue up multiple songs at once. The Lofi Bot is free to use and can be found in the Discord Bot List.

What is Lofi Music?

Lo-fi (also typeset as lofi or low-fi; short for low fidelity) is a music or production quality in which elements usually regarded as imperfections in the context of a recording or performance are present, sometimes as a deliberate choice. The standards of sound quality (fidelity) and music production have evolved throughout the decades, meaning that some older examples of lo-fi may not have been originally recognized as such. Lo-fi began to be recognized as a style of popular music in the 1990s, when it became alternately referred to as DIY music (from "do it yourself").

The lo-fi aesthetic can be traced back to the early days of home recording, when artists would use whatever equipment they had available to them to make music. This often resulted in recordings that were plagued by hiss, crackle and other imperfections. However, these imperfections became part of the charm of lo-fi music, and many artists began to embrace them.

How to Add Lofi Bot on Discord Server

Inviting Lofi Bot on Discord is easy. You just have to visit the website and run the command on your server so that the bot knows where to join and play music. Here's a detailed step-by-step guide on how to invite and activate Lofi Bot on your Discord server.

You have to open your Discord account in your browser since you need to invite the bot in your server.

You can either search on Google to look for the official link on Top.gg 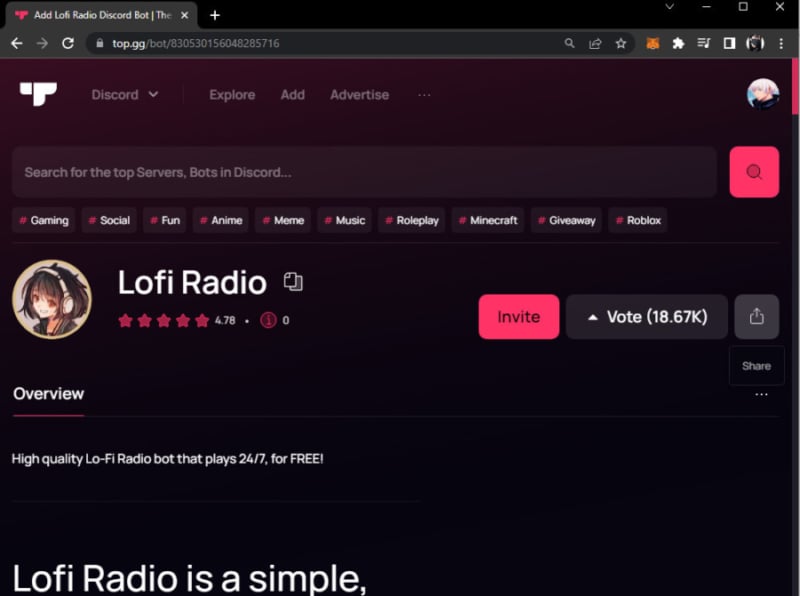 After visiting the bot's Top.gg page. You will see two buttons, "Invite" and "Vote". Since you first need to invite the bot on your server, click on "Invite Bot". We will need to use the "Vote" button later on this article.

After inviting the bot, you will be then redirected to this page asking you to add the bot on the server of your choice. In this instance, I will be adding the ServerStats bot to my test server, GoLinuxCloud Test Server.

ALSO READ: How to Use Invite Tracker on Discord? 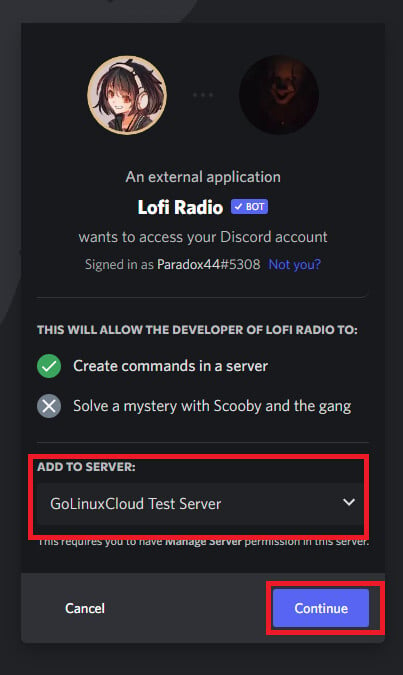 After selecting the server of your choice, click "Continue".

The bot will ask you permissions to access the server. You don't have to worry because you can change these permissions later. 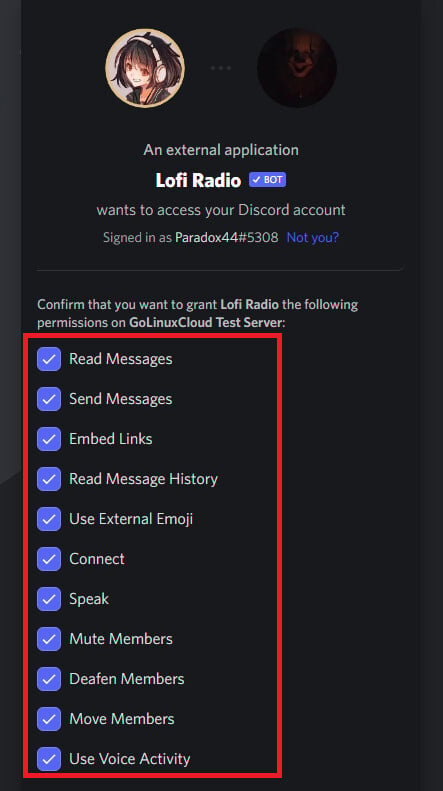 Scroll down and click "Authorize". This will make the bot receive all the permissions that they asked you to confirm. 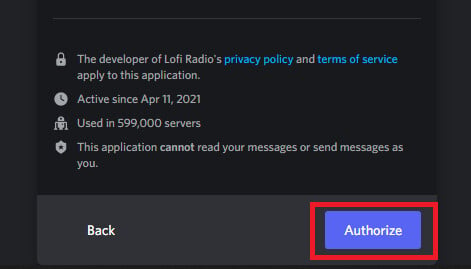 After authorizing the bot, you now need to complete a captcha challenge to prove that you're not a bot. Put a check on the box and you're good to go. You will be prompted that you can close or refresh the tab now. 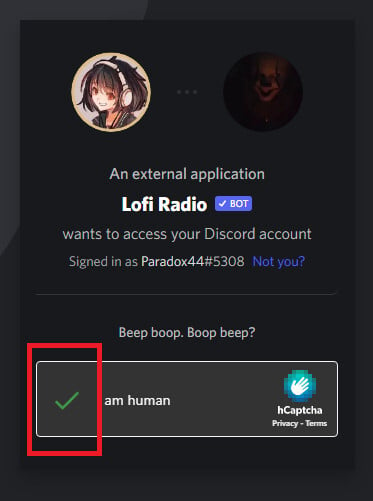 You will then be prompted that you have successfully invited the bot into your server.

You have now successfully invited the bot to your Discord server. The next steps is to invite Lofi Radio Bot to a voice channel

Step 8. Back to the Server

ALSO READ: How to timeout a User on Discord? [SOLVED] 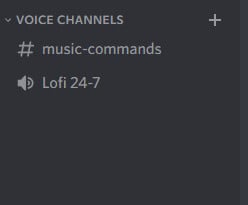 First thing you have to do is join the voice channel that you created then go to the text channel to send the command /play. 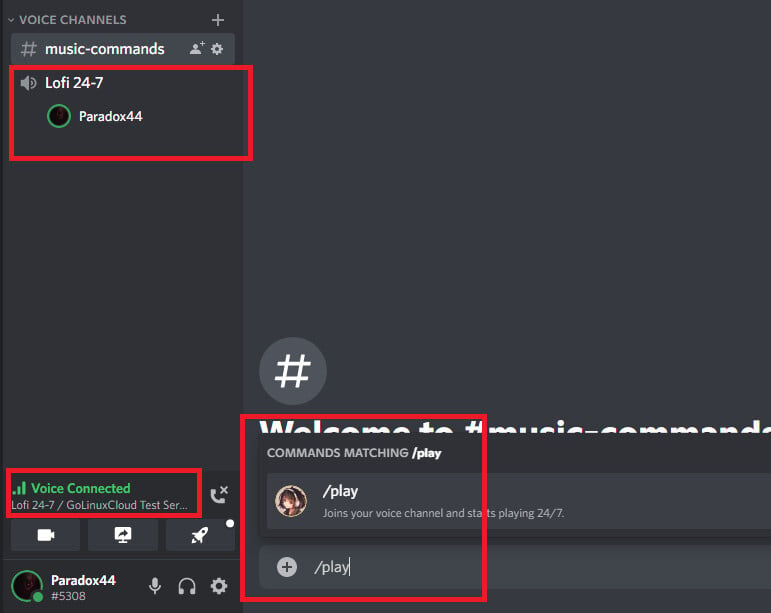 The Lofi Radio Bot will then send a message that it has successfully joined the voice channel that you're in and is bound to that channel. You can also vote for the bot on Top.gg to play the bot 24/7. 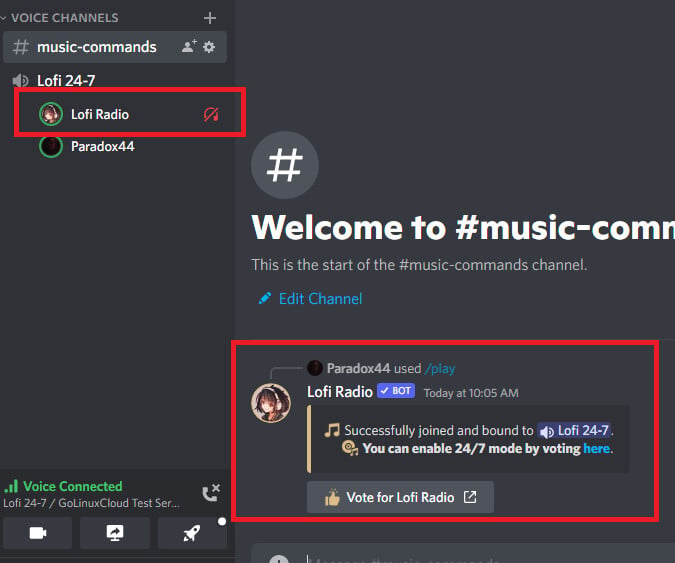 You also have the option to play the Lofi Radio Bot 24/7 so that whenever a user joins, it still plays a lofi music. Here's how to do that.

You will be asked if you want to continue to the link that it will redirect you to. Click on Yep! 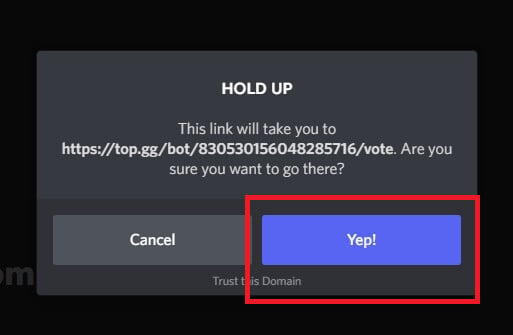 After being redirected to the Voting page on Top.gg, you will see that the Vote button is still disabled. You just have to give it sometime to finish the ad.

After the ad is finished, you can now click on Vote.

The bot will show you that you have successfully voted for the bot. You can also set a reminder for the bot to tell you when you can vote again.

NOTE:
You only need to vote once to play the Lofi Radio Bot on Discord for 24/7

And there you have it! You have successfully invited, bound and played lofi music on your server using Lofi Radio Bot!

Lofi bot on discord is a great way to listen to music and relax. There are many different music bots out there, but lofi bot Discord will be your favorite if you love lofi. It's easy to use and has a great variety of music. Plus, it's free! Discord's Lofi Radio Bot has quickly become a favorite among music lovers, with its unique approach to music delivery and wide range of musical genres. The music is specially curated to provide a relaxing and chill experience, perfect for studying, working, or simply unwinding. I highly recommend lofi bot discord to anyone looking for a music bot. It's a great way to relax and enjoy your favorite tunes.