Node.js read env var is one of the most typical yet (sometimes) challenging tasks you will do as a Node.js developer.

Running the node command starts an operating system process. The process object and its env attribute present your Node.js application with an interface to read env vars. Besides, you can attach custom env vars to the process.env object and read them with the help of packages like dotenv.

How to read env variable in Node.js

An env var, short for an environment variable, is a collection of software, devices, and networks supporting the gathering and exchange of data needed by an application.

and typing process. followed by double-tapping the tab key. 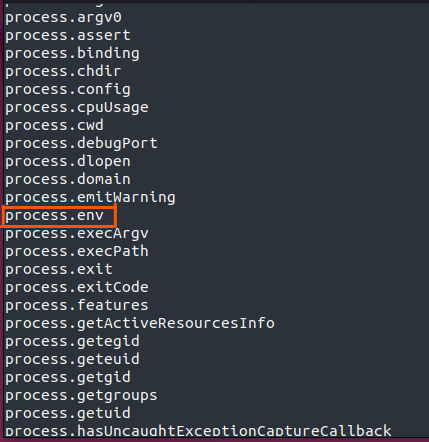 You can list the env vars using the terminal and a code editor, as shown below.

You can view your system's environment variables by running the node command followed by the process.env attribute.

Alternatively, you can console-log the output. For example, create app.js file,

write console.log(process.env) in the file, 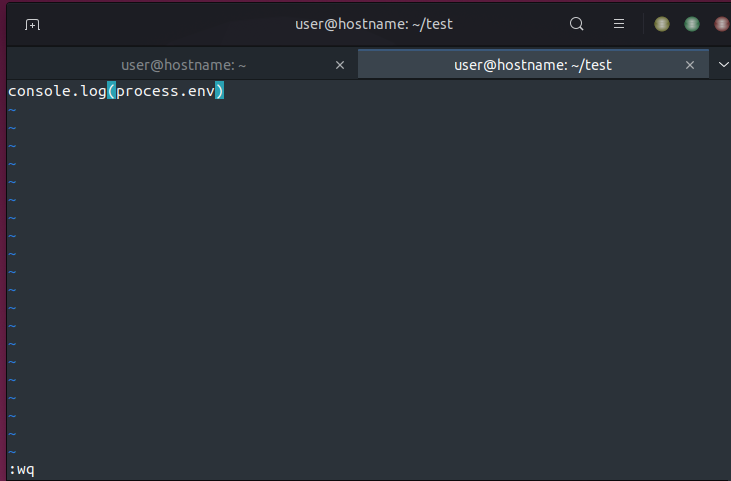 save the file, then return to the terminal and run the file with the node command.

The system returns its environment variables. 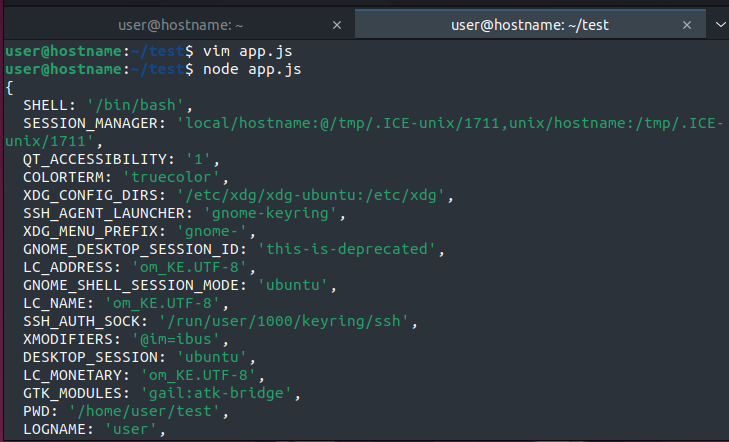 Now that you understand the roots of env vars and how to list them on the terminal, it would be best to learn their types before seeing how to read them in your Node.js code.

You can view an operating system's environment variable by attaching its name to process.env before printing the result.

Like the operating system, your application needs env vars to communicate data between certain software or networks. Here are examples of environment variables you will likely set for your Node.js application.

MongoDB is a document-oriented database program. You can download and connect your Node.js application to the MongoDB client. Alternatively, you can connect to the MongoDB Atlas, a cloud version. The connection is possible through a MongoDB URI env var.

Node.js read env var entails clients and servers. A client is a computer requesting resources from your Node.js server. The server, in turn, determines the resource to send depending on the set authentication and authorization rules. The server listens for requests on the PORT environment variable.

JSON Web Token (JWT) is one of the Node.js authentication strategies. It contains encoded objects that identify clients and servers. The identification is possible through public and private keys often referred to as an AUTH or SECRET environment variable.

ALSO READ: How to add items to array in Node.js [SOLVED]

You can list the built-in environment variables by running the node command with the -h option. 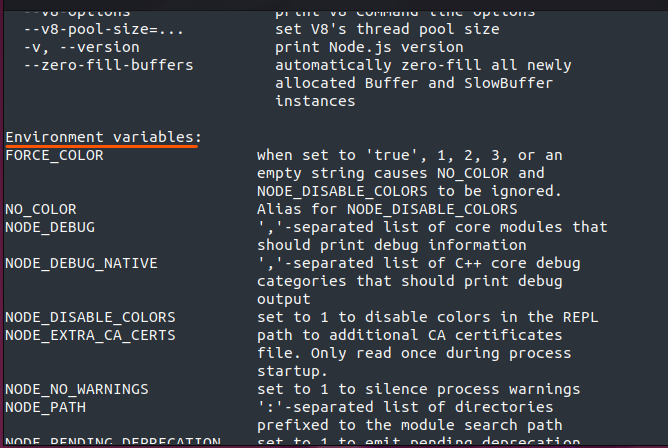 Assume you want to Node.js read env vars that change when you switch between the development and production environment variables like the PORT environment.

It is recommended to store the (often) sensitive data in a .env file and read the file using the process.env object and the dotenv package. Here are the steps to Node.js read env vars in your applications.

Create the entry and .env files, then store the environment variable in a .env file.

Now set the server to listen on the host environment's PORT or 5000 in the entry file.

Lastly, run the entry file to test if our Node.js read env var mission was successful.

If the application runs on port 3000 instead of the 5000, we will have succeeded in reading environment variables using the dotenv package. 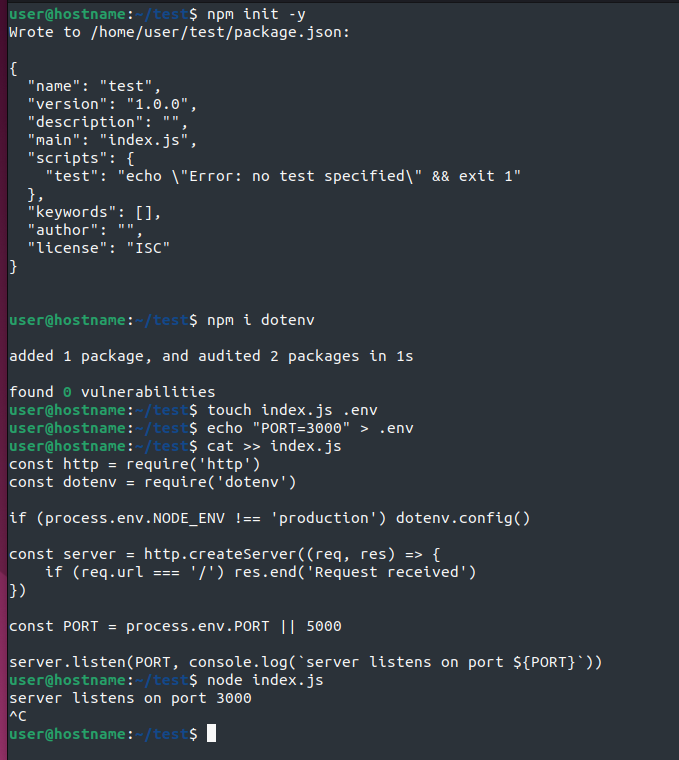 The process module with its env attribute accomplishes the Node.js read env var process. The en var could be the operating system, built-in, or custom.