Pip is a python library, package manager that allows you to download and install packages from the (Python Package Index) PyPi repository. When you try to download a package using the pip without having a pip package manager, an error will raise on the terminal window 'pip: command not found.

In this guide, We will show you the main causes of this error and how to fix the pip command not found error on the Ubuntu 20.04 system using a potential solution.

What is “pip command not found” error ?

The python-pip package manager works as an independent package manager on Linux distribution. This means you need to install the pip tool separately from python programs.

The pip command is not found an error raised on your Linux terminal window if the pip is not installed independently on Ubuntu 20.04 system. Therefore, before installing any package using pip, the pip tool should be installed on your Ubuntu system.

ALSO READ: How to install iTunes on Ubuntu? [100% Working]

When are working with the python3 version, you can use the pip or pip3 as well while installing a new python package on your system.
For example, you want to install a python package ‘scrapy’ using the pip command:

The following pip: command not found error displays on the terminal. This means pip is not installed on your Ubuntu system.

How to fix pip command not found error on Ubuntu 20.04?

There can be two versions of pip (at the time of writing article python4 was not released so once python4 is available, it is possible we have another version of pip) i.e. from python2 and python3.

When pip command not found error is raised on your terminal window, you can easily fix the error by running the below-mentioned command:

The above command will install the pip package manager on your Ubuntu 20.04 system as follows:

Display the pip installed version by using the following command:

Now, you can go ahead an install a package using pip package manager by running the following command:

As you will notice, the above command will not show any error. It directly installs the scrapy python module on your system Ubuntu 20.04. 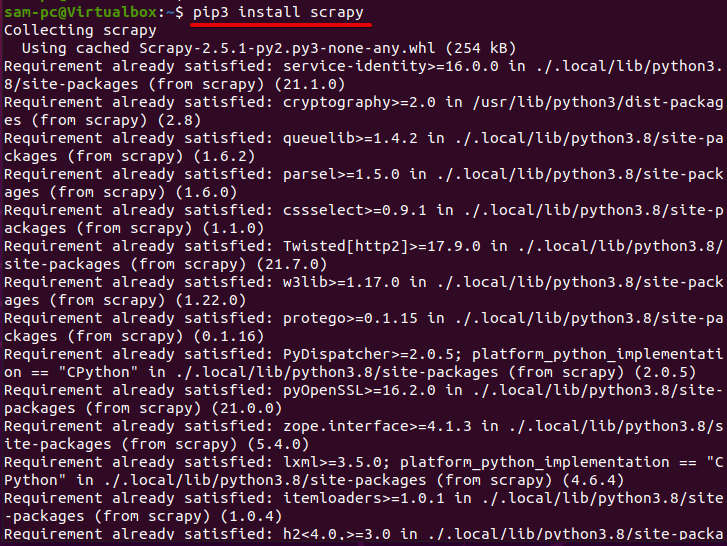 Python 2 version has obsoleted now. This means Python 2 is no longer to use or maintained properly. Now, everyone moving towards the python 3 versions. So, try to move your python code over to the codebase that supports the newest Python 3 framework. But, if you still need to install the pip2 package manager tool then, download the get-pip.py script using the curl command as follows:

Now, you can install pip for the python2 version using the following command:

How to use the pip command?

Using the pip command, you easily install packages from the python packages index repository, local projects, version control, and distribution files.
To get installation help related to python3 packages, use the following pip3command: 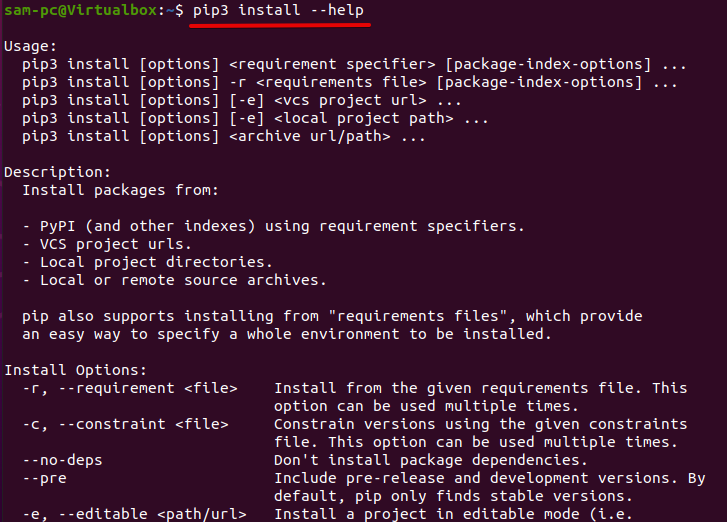 To list all pip3 packages, use the following command: 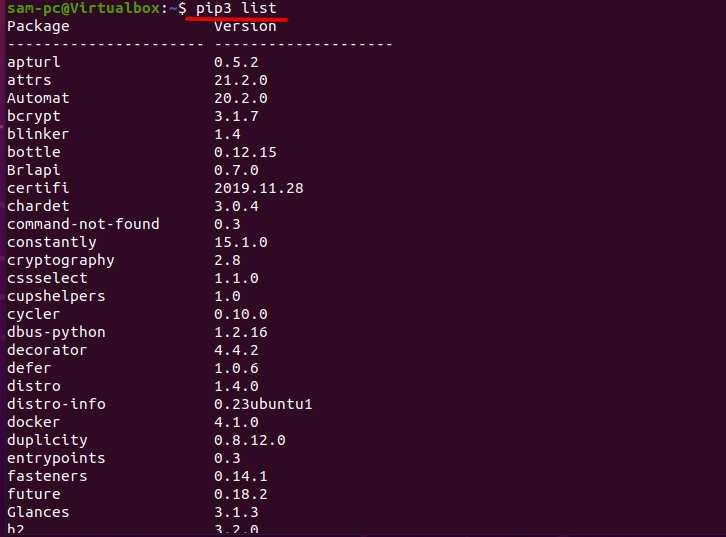 Now, you can install a package from the pip3 packages list.

Similarly, you can also uninstall it via pip3 or pip command. To uninstall a package using pip3, run the below-given command:

You can also upgrade a specific package to its latest version using pip as follows:

We discussed two main reasons due to which the pip: command not found error raised. First, the pip is not installed on your Ubuntu system, or if two different python versions are installed on your system and you accidentally executed the pip command instead of pip3. Using the above-proposed solution I hope you can easily fix this error.