Vim Editor was written by Bram Moolenaar in 1991, based on the Vi Text editor. At first his name meant Vi Imitation. Renamed "Improved VI" as a result of many improvements found in version 2.0 of Vim.

This text editor, which can be run on many operating systems, has many features that cause it to be preferred. One of them is that it displays the line number in the opened file.

How to Show Line Numbers in Vim?

Now let's explain them in order.

For this feature to be active, after opening the file with vim, first ESC and then :set number or :set nu must be written. 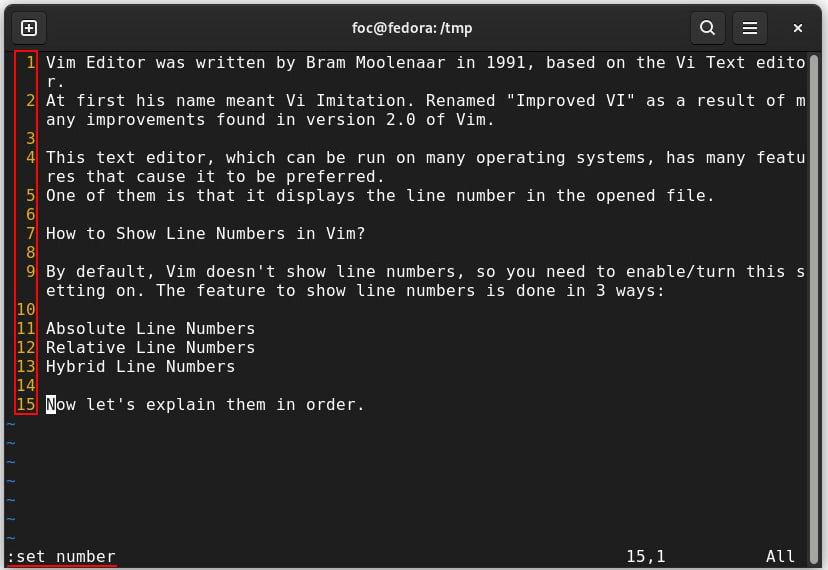 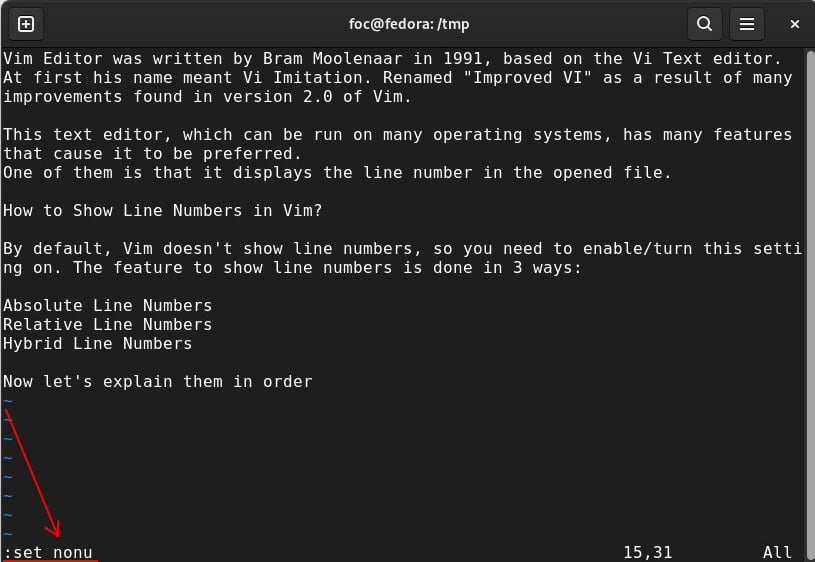 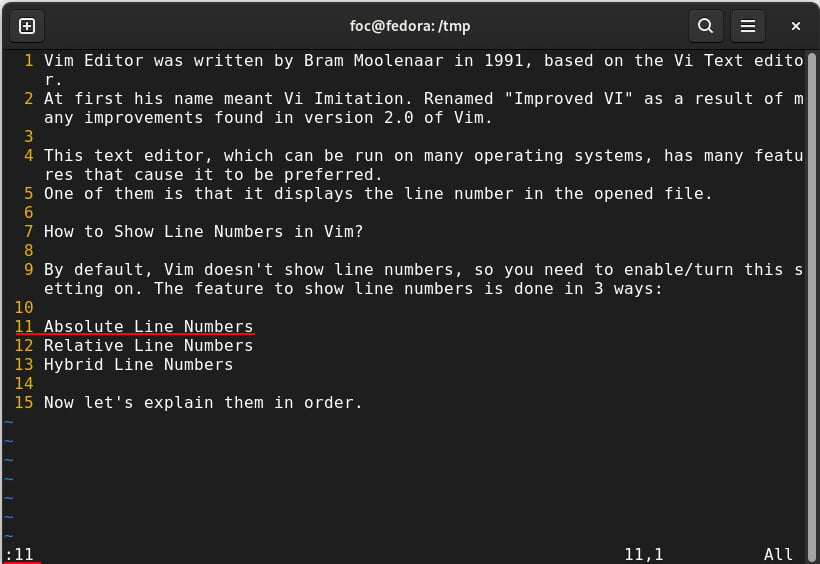 For this feature, the following commands are used after pressing ESC: 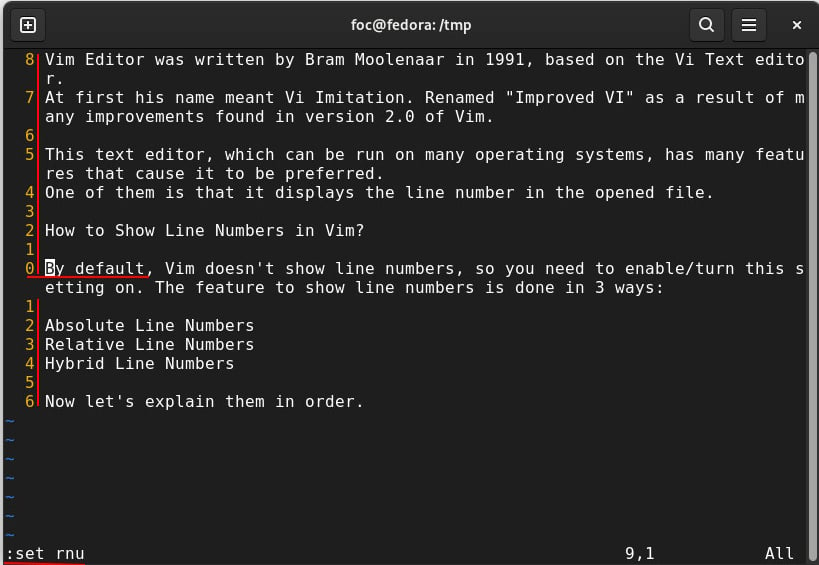 In Vim 7.4 and later it was possible to enable both absolute and relative line numbers at the same time. It's called hybrid line number mode. While either one is active, the other can also be activated. In other words, when Absolute is active and Relative is activated, or vice versa, hybrid mode occurs.

If none is active, hybrid mode is activated with the following commands after ESC: 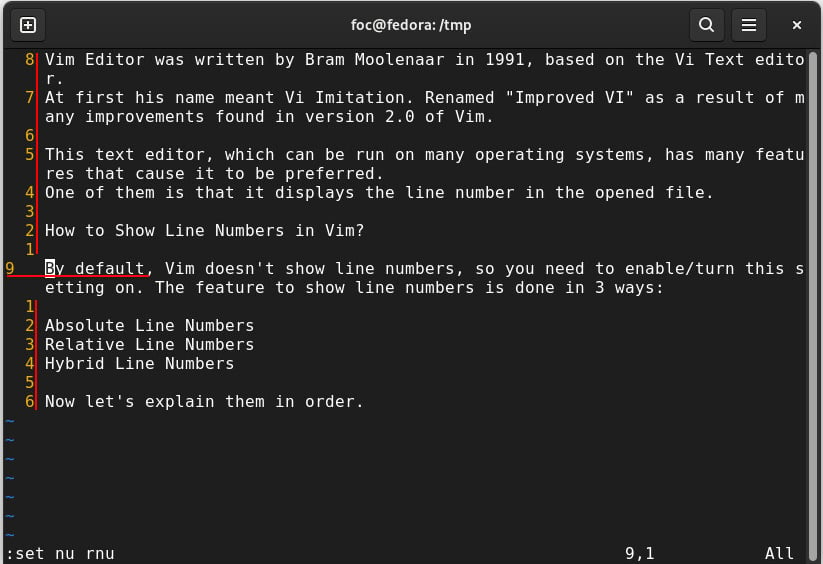 If one of the modes is deactivated, the other mode remains active. If both are disabled, line numbers will not appear.

ALSO READ: How to list users in Linux [SOLVED]

We talked about a feature of the Vim editor. Vim is a very powerful and advanced editor. Some users develop apps with this editor.
For more information about Vim, you can get help from the manual page:

and the --help parameter: