How to install Arduino IDE on AlmaLinux 8

In this article, we will share with you details about how to install Arduino IDE on AlmaLinux 8 distribution.

Arduino is free, open-source software that is used for writing, uploading, and compiling the programming code to Arduino boards. You can use Arduino IDE be used with any Arduino board. It consists of a compiler and editor that makes it easy to write and compile the programs. Arduino IDE is a cross-platform software that can install almost on all major operating systems such as Linux( Ubuntu, Fedora, Debian, etc.), Windows, and mac OS. Arduino is a hardware prototyping platform that helps to set up electronics-based projects on Arduino boards in just a few hours or minutes. So, we can say that working as an electronics or electrical engineer, you should know about this software.

Installation of Arduino IDE on AlmaLinux 8

The following steps will help you to install Arduino on your system AlmaLinux 8:

ALSO READ: How to install Zoom on AlmaLinux 8 [Step-by-Step]

Open the Terminal window from the left sidebar of your system. Now, perform the following tasks with root privileges to install Arduino on AlmaLinux 8:

The above command will download the Arduino setup on your system and once the download is complete, the downloaded archive or compressed file will be saved automatically in the system’s home directory.

The above command will extract the compressed arduino file as follows:

After completing the file extraction, run the ‘install.sh’ script on the terminal to install Arduino IDE on your AlmaLinux 8 system. Navigate into the arduino-1.8.19 folder then install the arduino installation script by using the following commands:

Once the installation of Arduino is completed, launch the arduino on your system by clicking on the ‘Activities’ menu and then type arduino in the search bar.

You will see the Arduino IDE icon under the search bar. Click on it to launch Arduino on your system. The following Arduino IDE interface window will be displayed on your desktop: 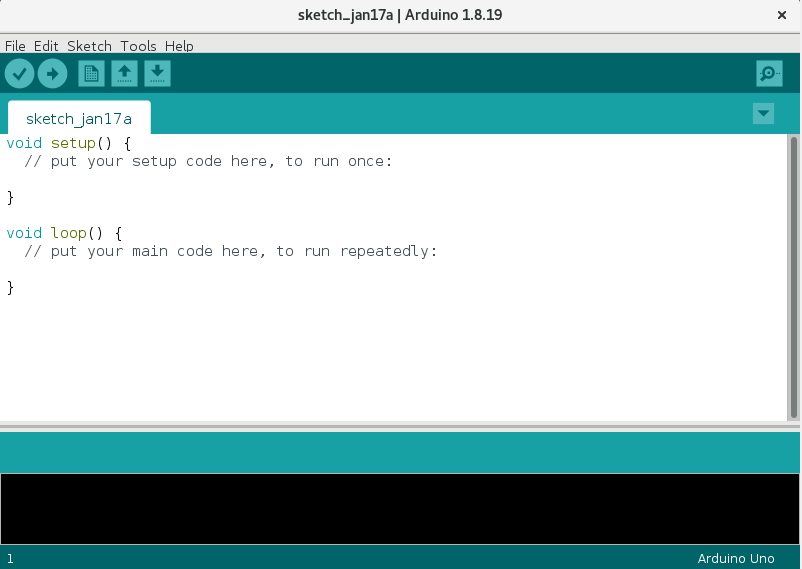 Congratulations! Arduino is installed on your AlmaLinux 8 distribution now. Now, you can easily edit and compile your programming code on the Arduino board for electronic devices easily.

If you don’t have enough space on your system, you can remove the Arduino IDE software from your Linux system by using the following commands:

The above command will run the uninstallation script on your system to remove arduino IDE. remove the Arduino directory by using the following command:

We have installed the Arduino IDE 1.8.19 on Linux distribution AlmaLinux 8. We have seen how to download and extract the Arduino archive file using the terminal. Furthermore, we explored how to uninstall the Arduino script from your Linux system. Thanks!

ALSO READ: How to install and setup ZFS in Rocky Linux 9