This is a multi-part article where in a series of article we will learn about Gluster File System in Linux, below are the topics we will cover:

There are several ways that data can be stored inside GlusterFS. These concepts are similar to those found in RAID. Files can be stored in Gluster volumes either with or without levels of redundancy depending on your configuration options. 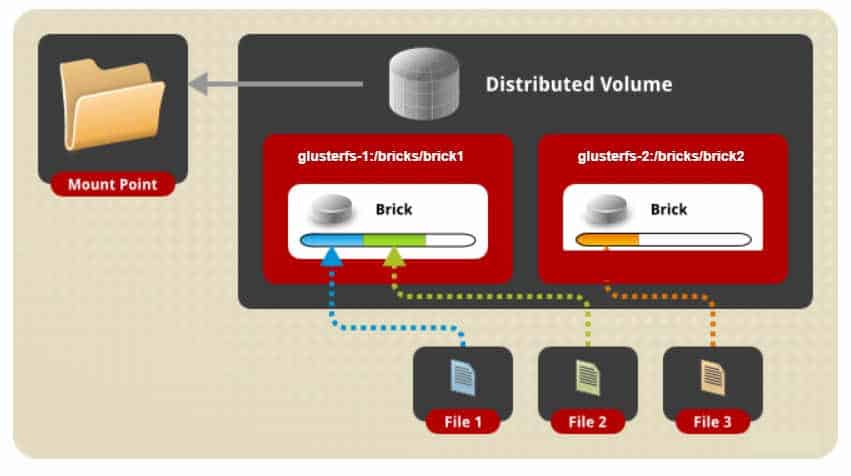 ALSO READ: How to create filesystem on a Linux partition or logical volume 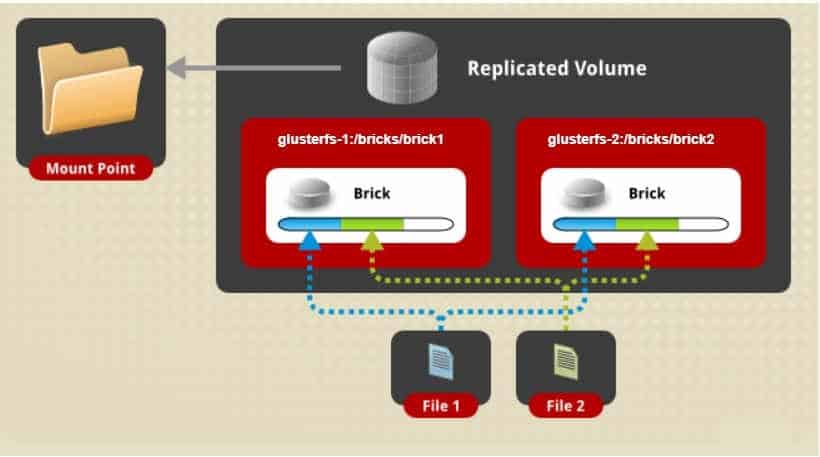 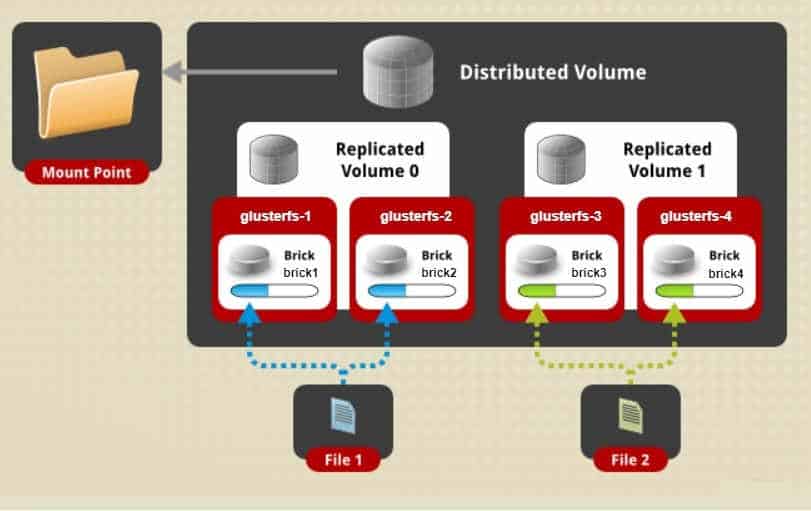 Stripe xlator, provided the ability to stripe data across bricks. This functionality was used to create and support files larger than a single brick and also to provide better disk utilization across large file IO, by spreading the IO blocks across bricks and hence physical disks.

This functionality is now provided by the shard xlator

Below are the list of volumes on my CentOS 8 node:

Start the volume (if not already started)

Check the info of the volume as highlighted

Several concepts and terms are used in association with DFS:

ALSO READ: Understanding resource group and constraints in a Cluster with examples

Where can we use GlusterFS?

GlusterFS is distributed by nature and is quite different. Some of the solution where we can use GlusterFS solution with

2 thoughts on “Tutorial: What is GlusterFS shared storage and types of volumes”