But if you want to be more comfortable building Node.js applications, you need to go an extra step in installing and customizing the tools for effective development.

This tutorial teaches you how to use Node.js with Visual Studio Code. It walks you through Node.js and Visual Studio Code installation, navigating the editor interface and settings, and using shortcuts and themes. Lastly, you will test your skills by building a simple web server.

This section focuses on installing Node.js and Visual Studio Code on your operating system.

ALSO READ: How to Paginate with Mongoose in Node.js [Practical Examples]

We will download and install Node.js on our Ubuntu server. Let's start by inspecting what the Linux repositories have for us.

Install the default (lower) version of Node.js if you are comfortable with it. Otherwise follow these steps to install a higher version for your operating system.

For Windows, click the link the LTS or current version and answer prompts to install Node.js on your system. For Linux and MacOS, you should proceed with the following steps to install your preferred Node.js version.

Below the link to the current version, click on Other Downloads. 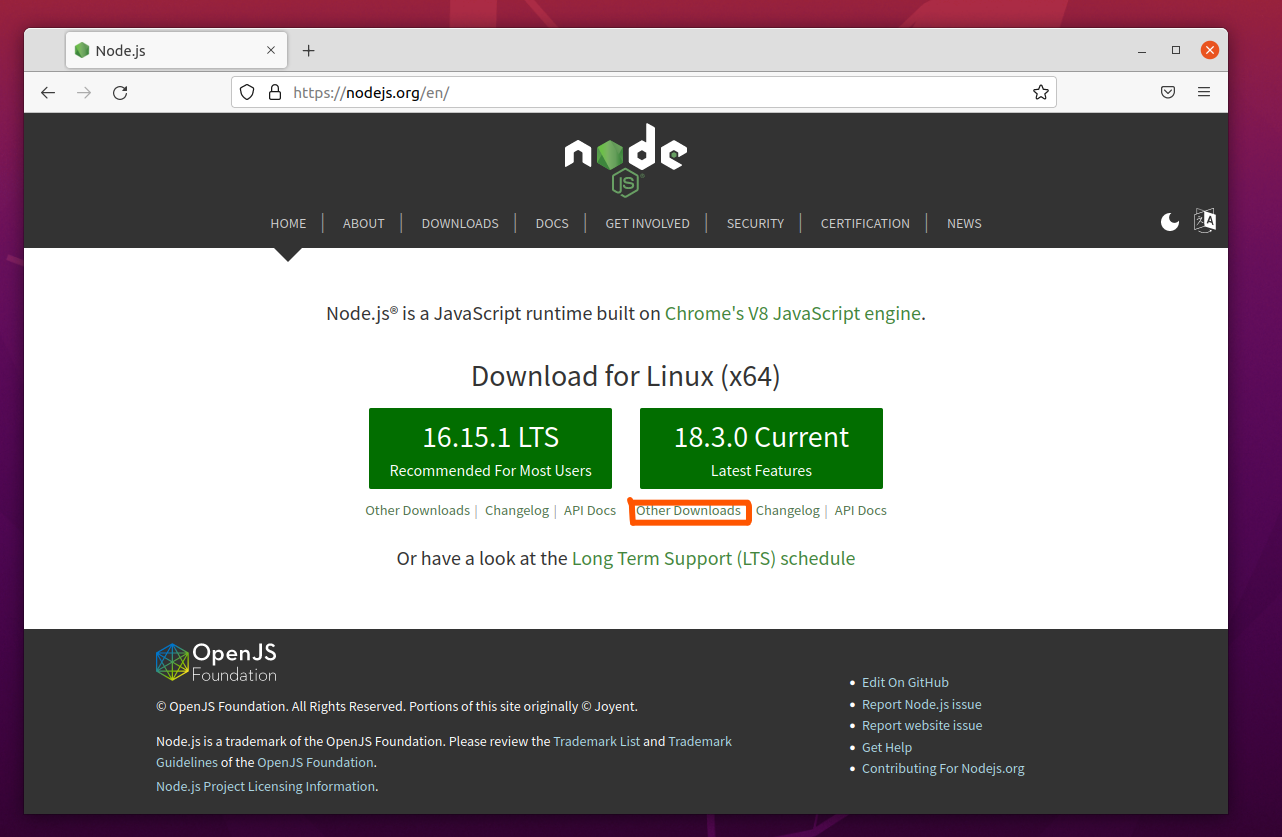 Scroll down the page to the links section. Choose the one written Installing Node.js via package manager. 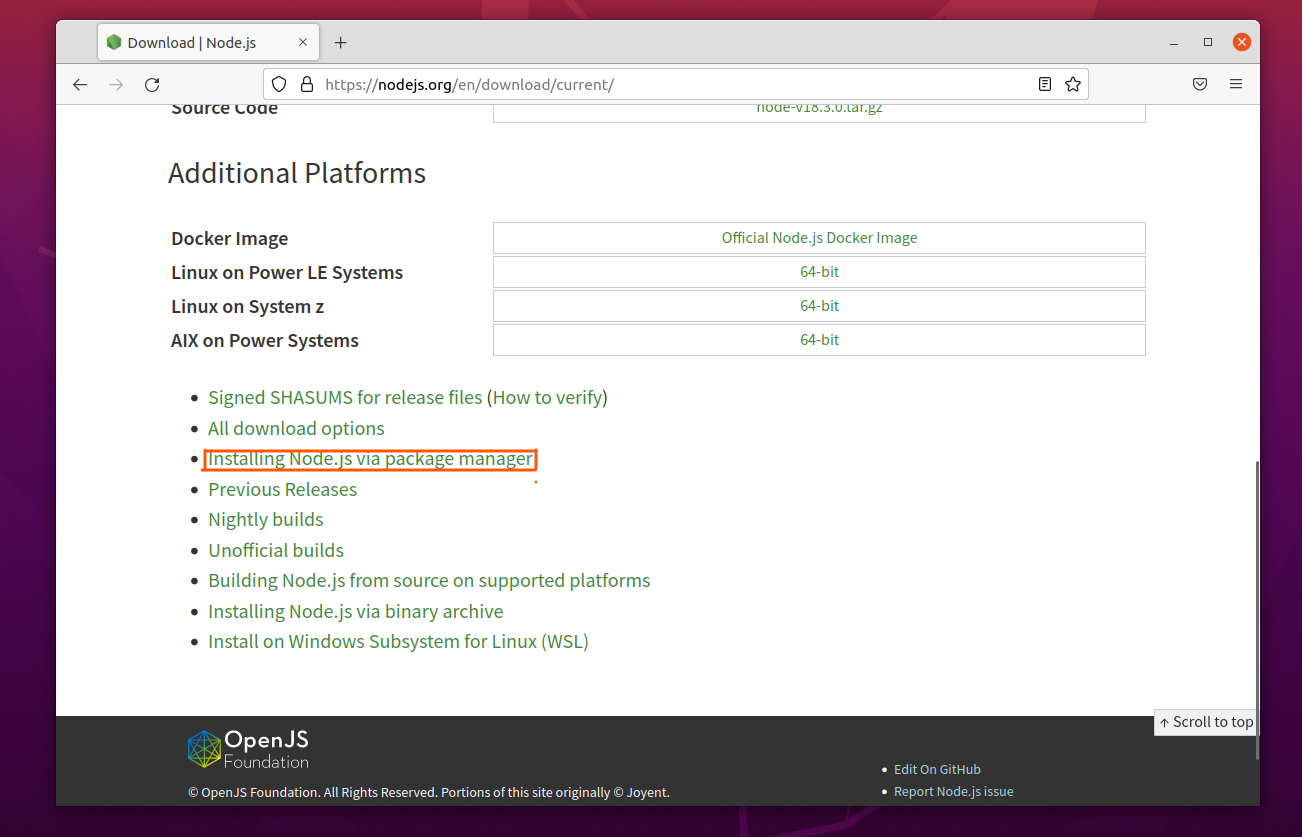 Choose the installer for your operating system/kernel type. I am picking the option called Debian and Ubuntu based Linux distributions because I am installing Node.js on Ubuntu 20.04 machine. 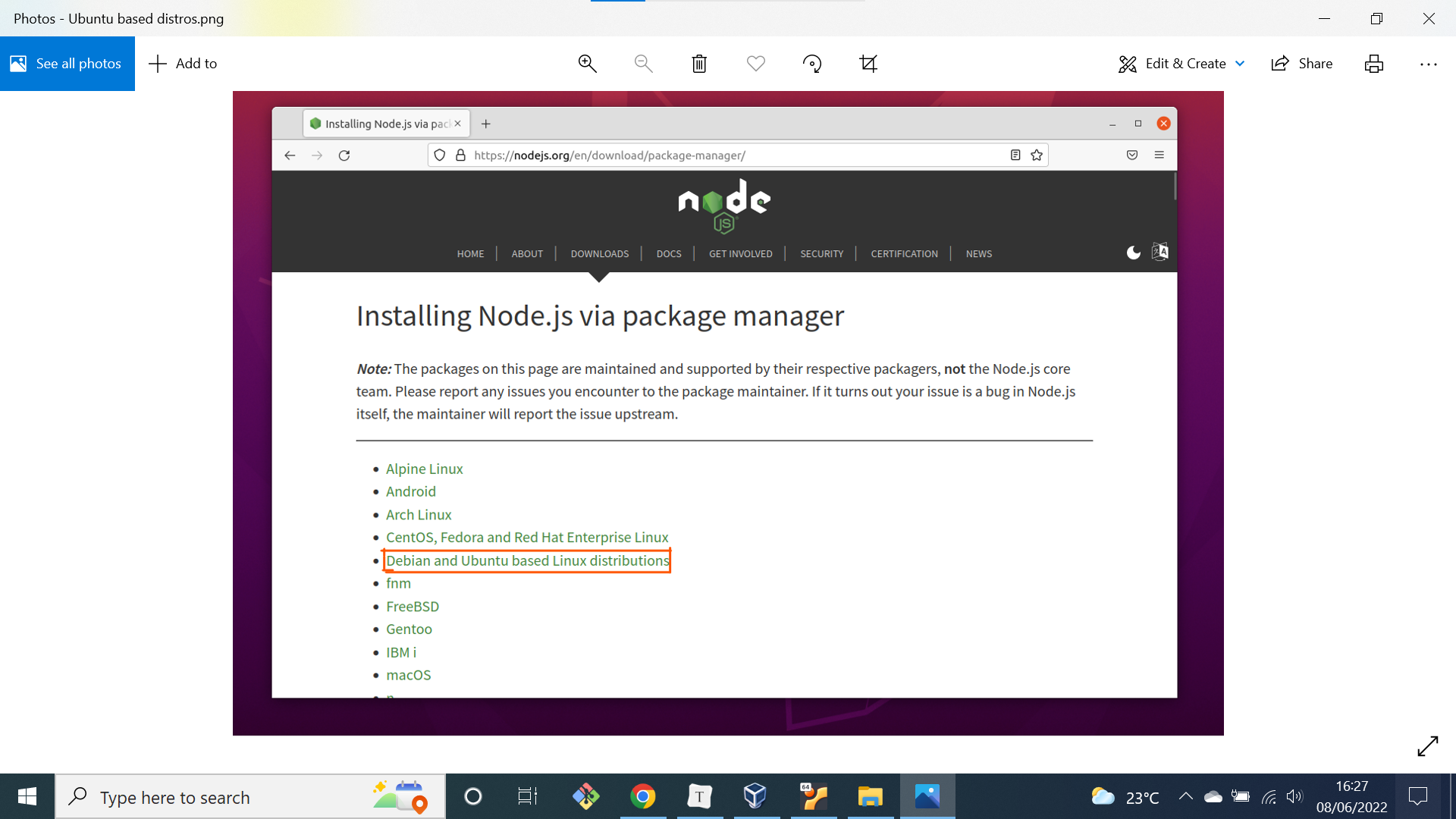 I then click on the link leading me to Node.js binary distributions repository. 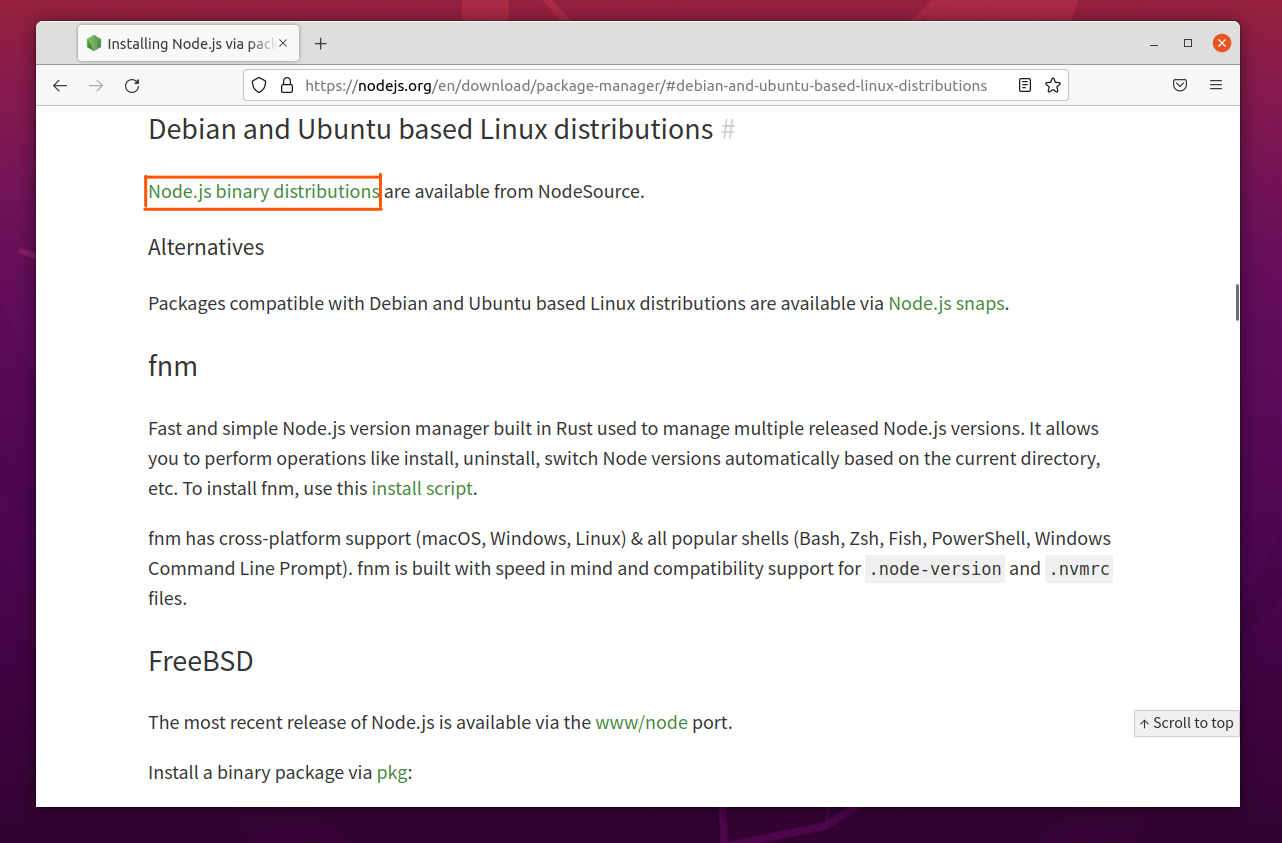 Scroll down the page and copy your download command on the target version section. I am picking version 18 (v18.x) for Ubuntu. 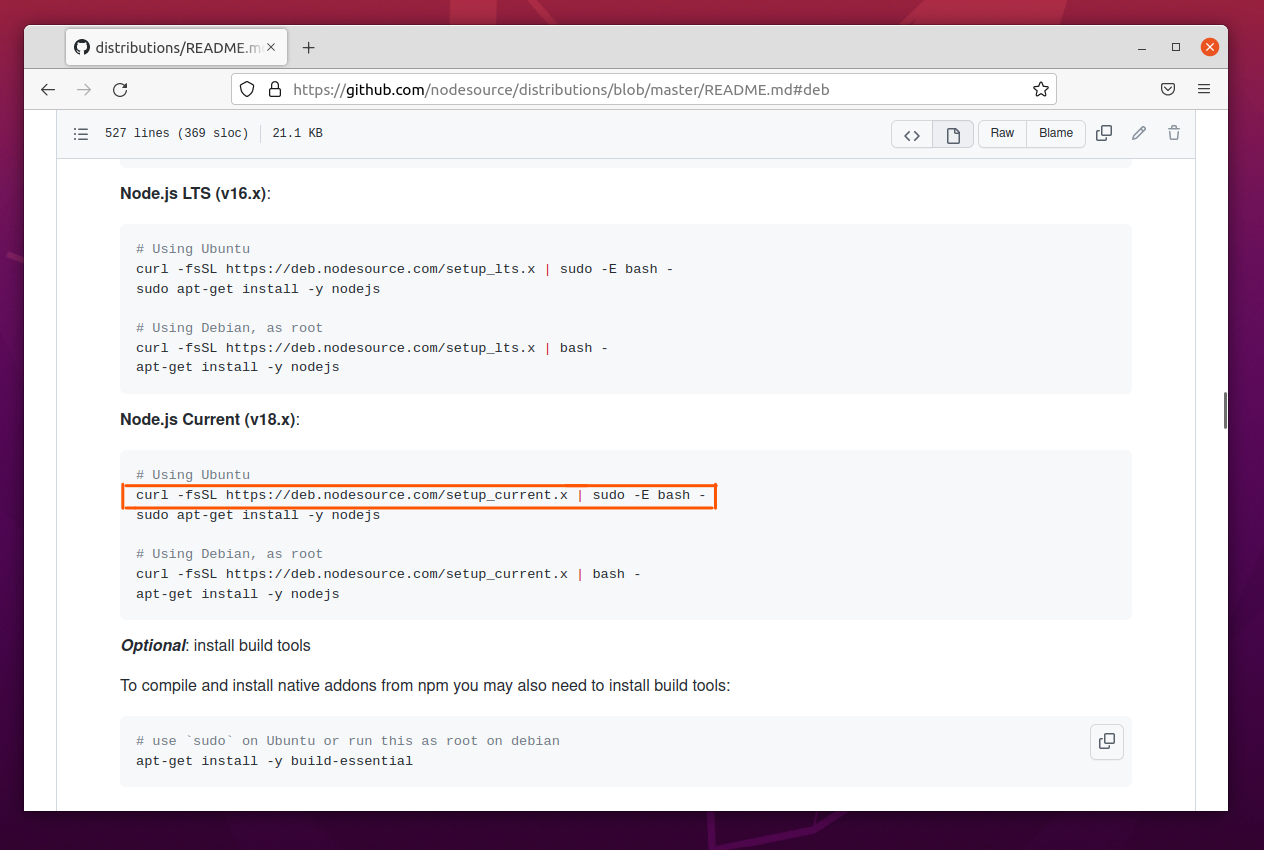 Return to the terminal and run the command.

If curl is not found, install it first.

Next, install the picked Node.js version. 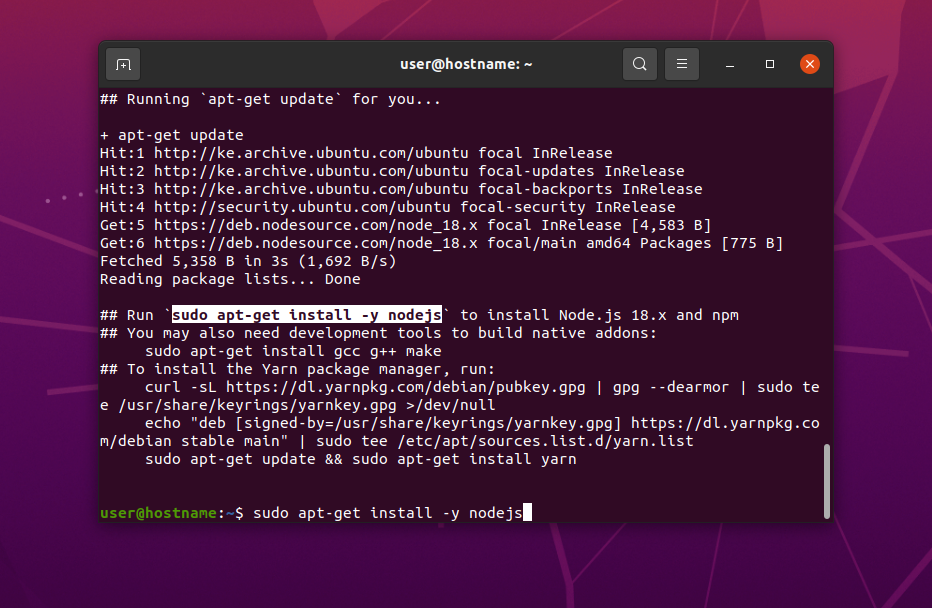 Lastly, confirm your installation by checking the Node.js version.

Likewise, you can confirm npm installation (automatically installed with Node.js) by checking its version. 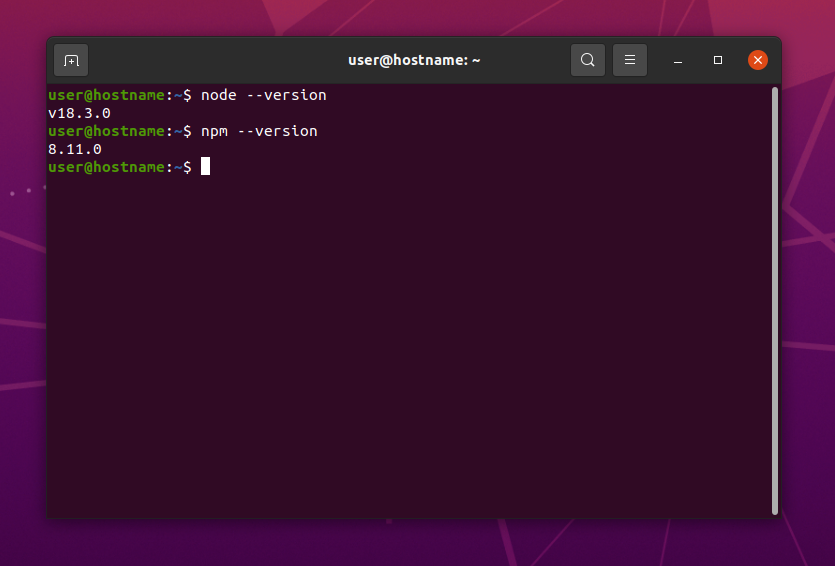 Now that you have installed Node.js, let me show how to install Visual Studio Code on your system.

Installing on Windows and MacOS 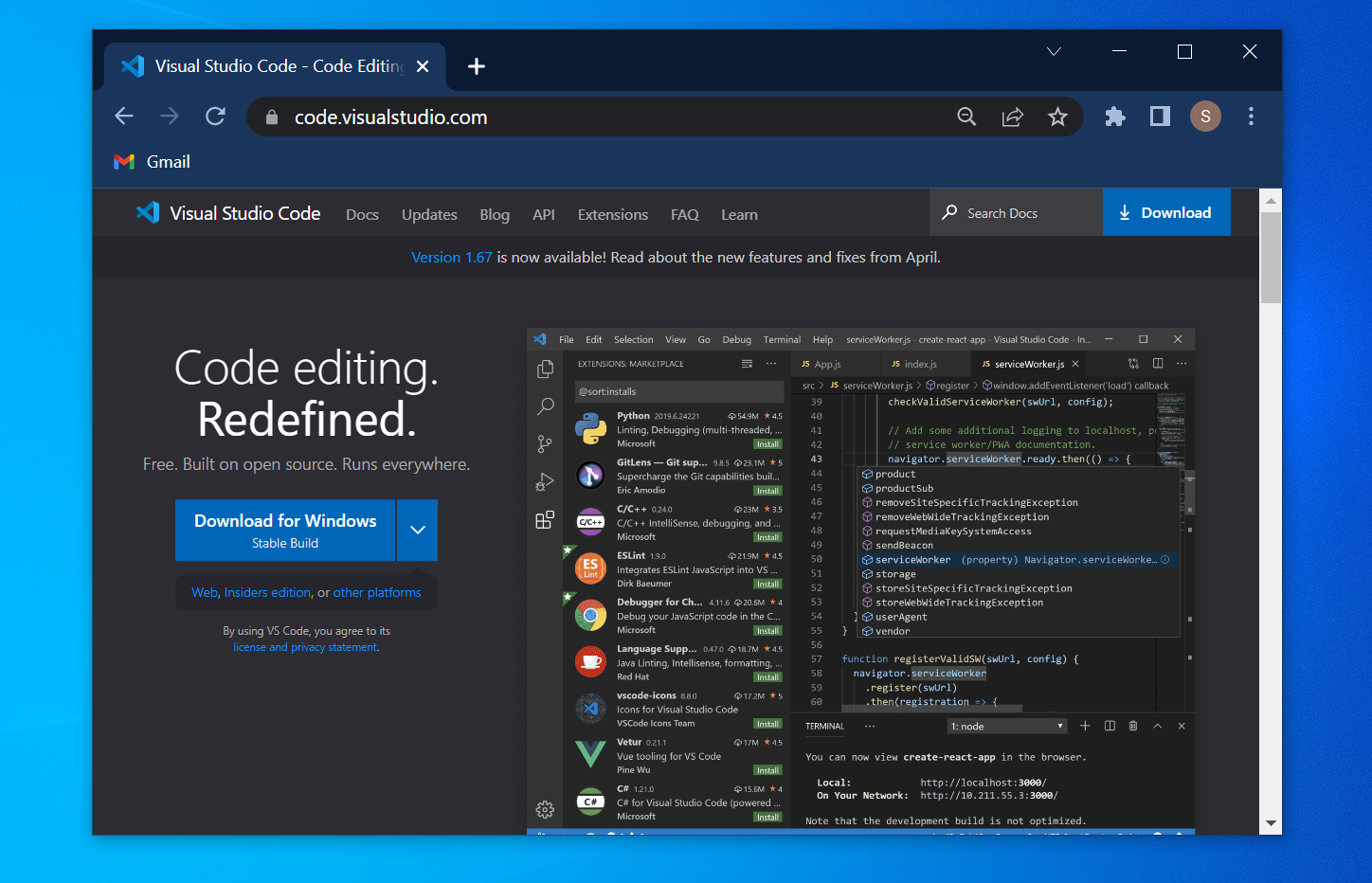 Visual Studio Code starts downloading once the download is complete. Answer the straightforward prompts to install the editor on your system.

Select the installation package for your distro type. I am choosing .deb because it suits my Ubuntu distribution. 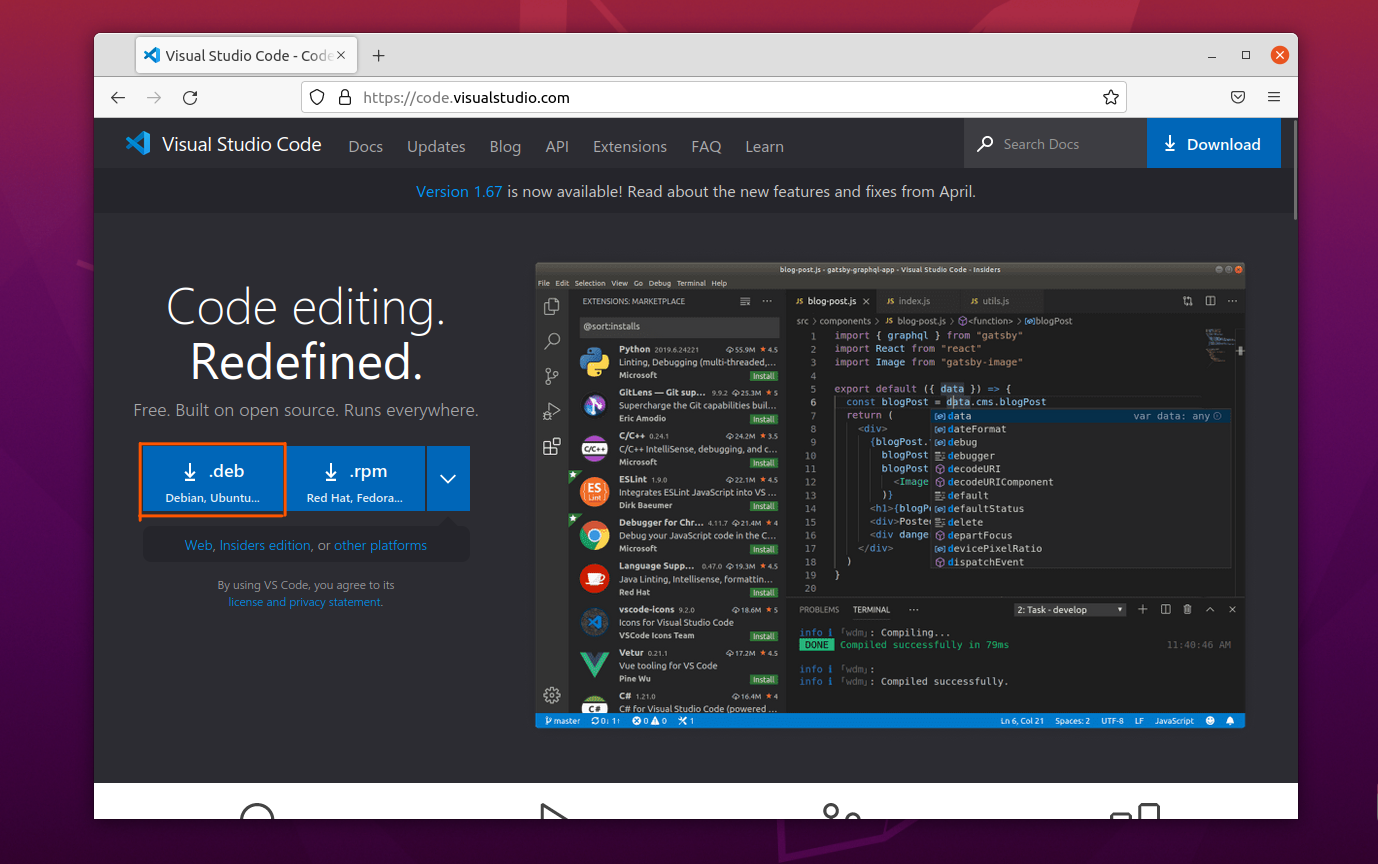 Visual Studio Code is downloaded into your Downloads folder. 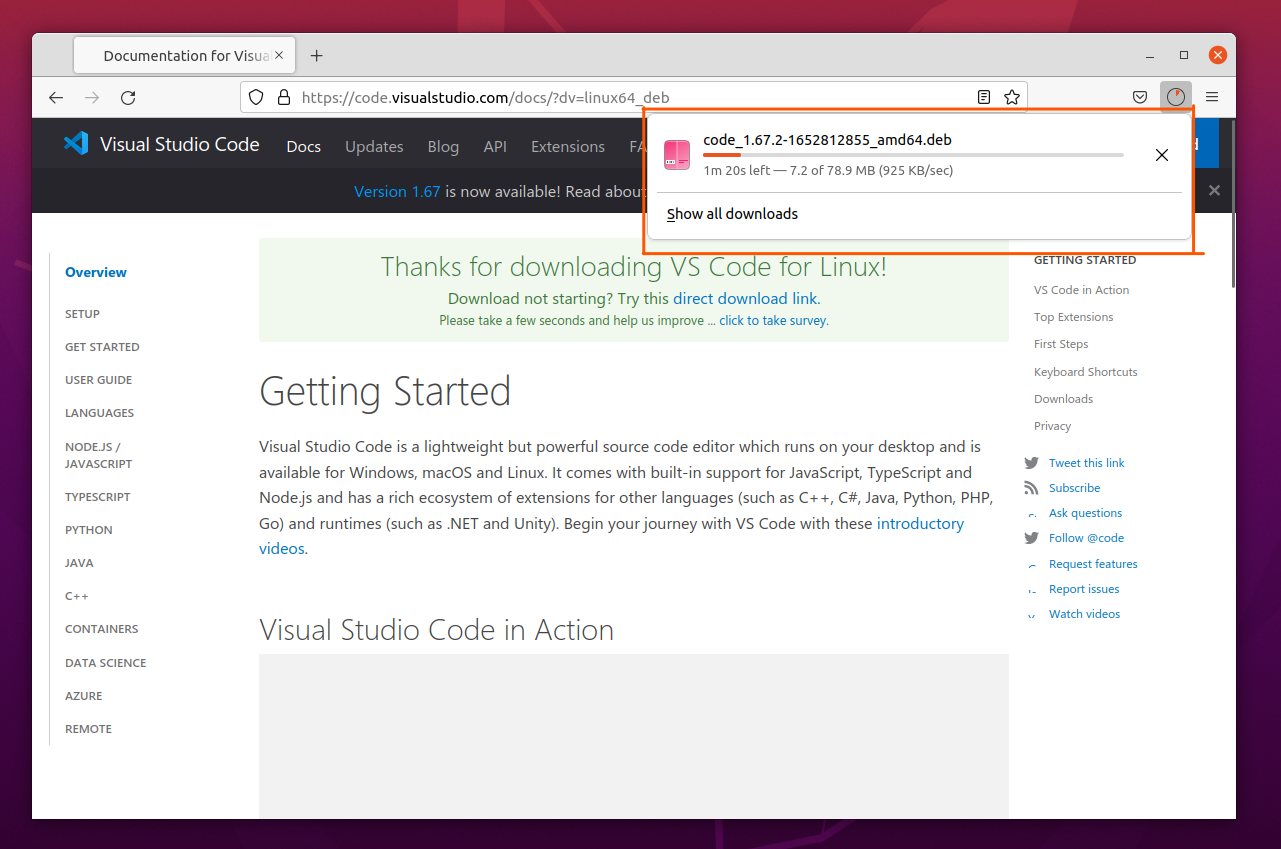 Navigate to the Downloads folder to confirm the successful download. 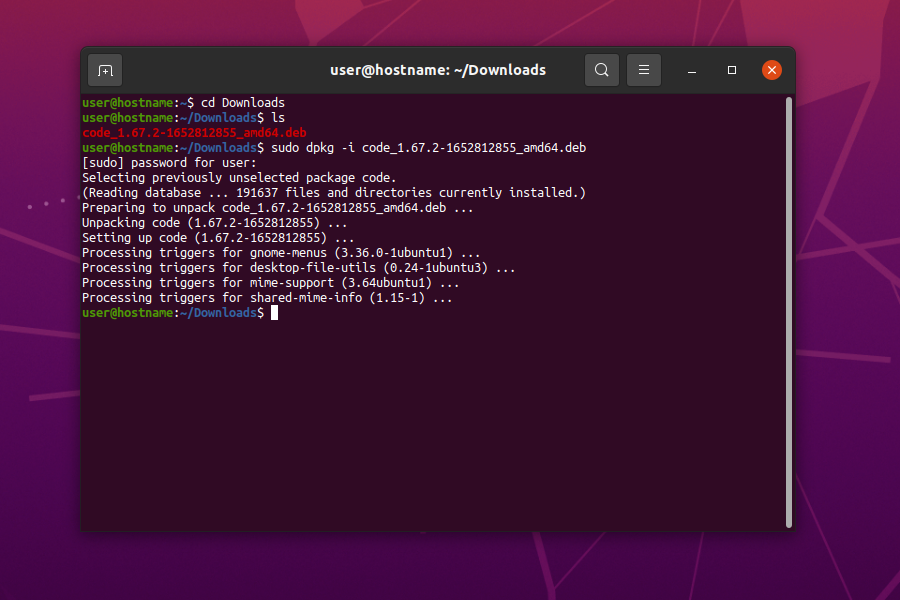 Now, Visual Studio Code should be available under the installed applications. 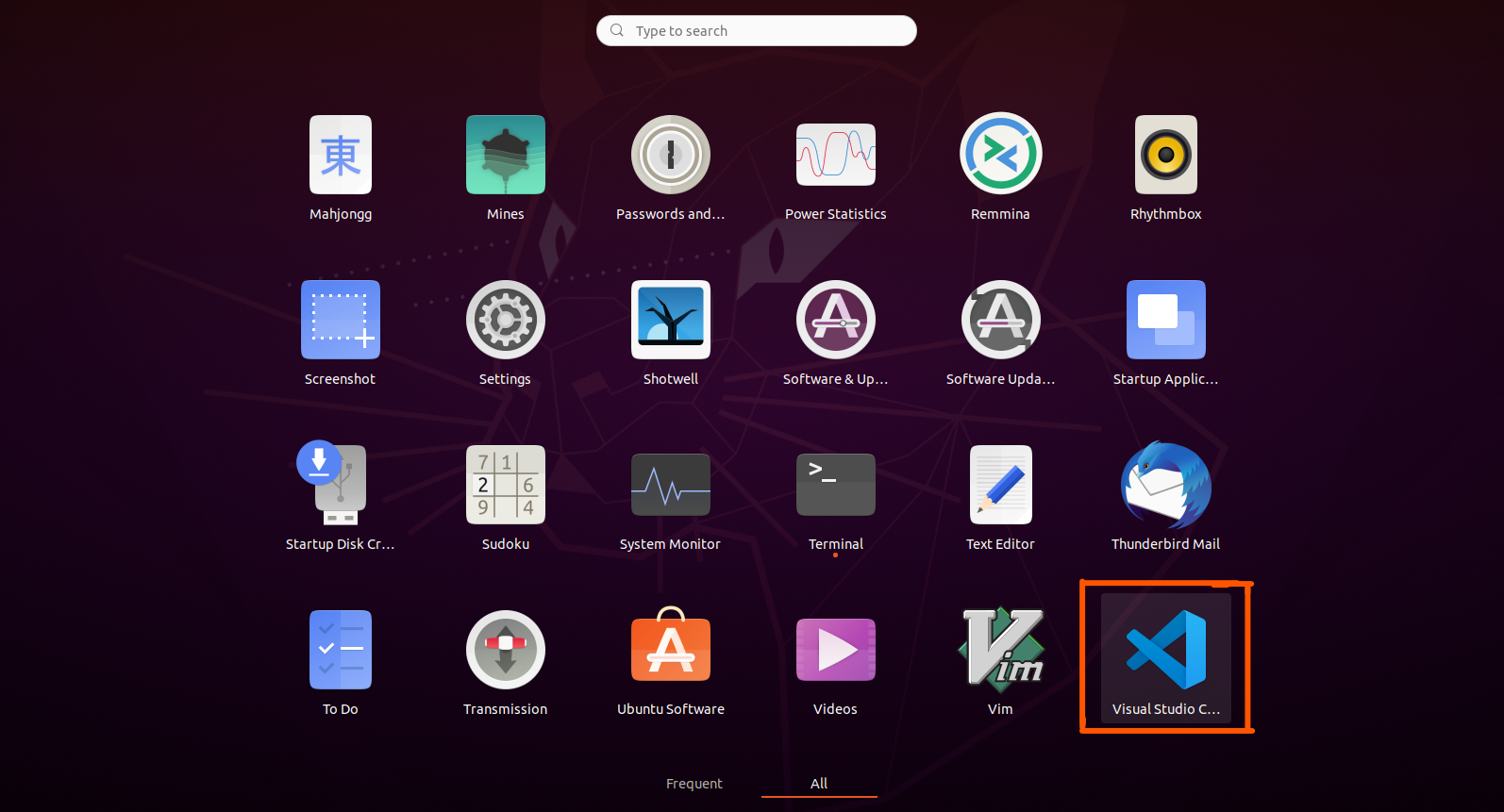 Now that we have installed both Node.js and Visual Studio Code let's see how to use Node.js with visual studio code.

You can open Visual Studio Code using many GUI ways, but the fastest way is through the terminal or Windows Command Prompt. 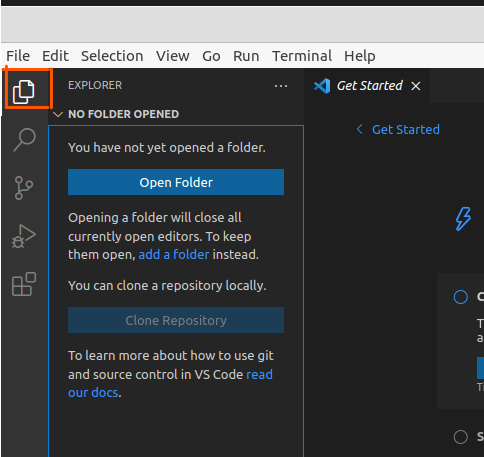 Besides, you can click the File tab on the navigation menu, followed by New File. 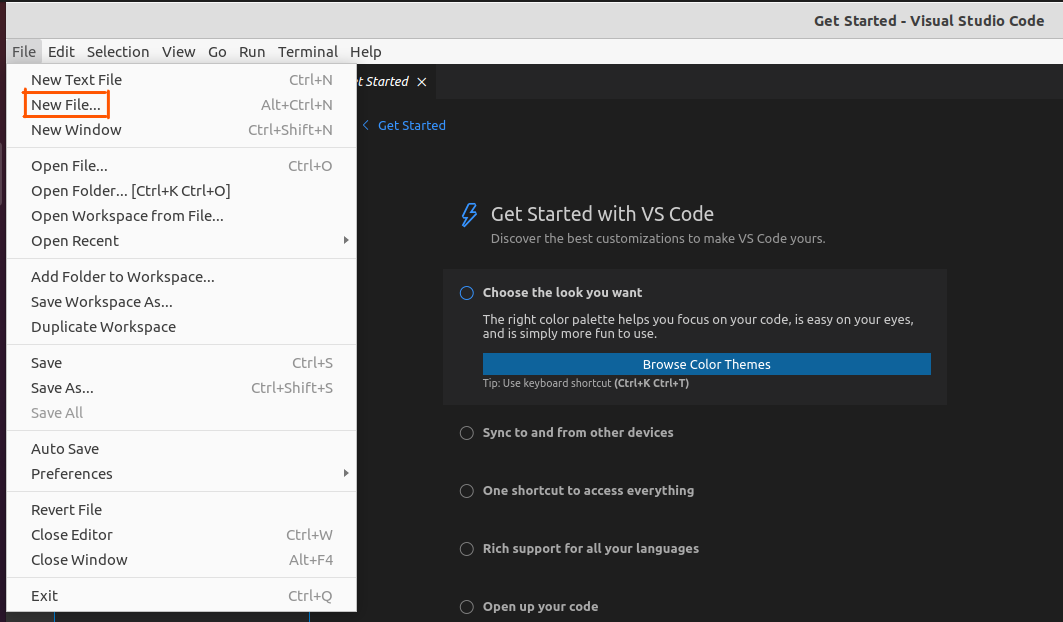 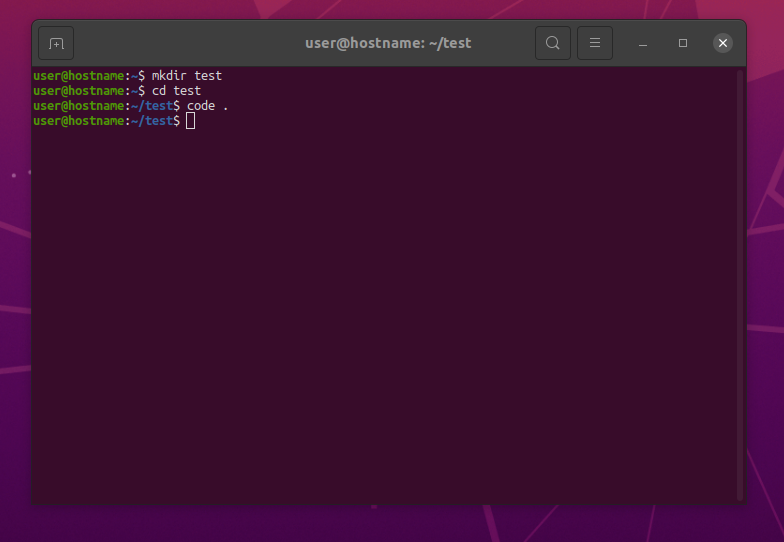 Let's write some JavaScript in the file.

Save the file using ctrl+s. And run it with Visual Studio Code's Terminal. There are many ways to toggle the Terminal. You can use the main navigation links or shortcuts: ctrl+~ or ctrl+j

Note: command for Mac is the equivalence of the ctrl key for Windows and Linux. So, it would be best to replace every ctrl instance with the command if the given visual studio code shortcut fails to work in Mac.

Now run the file with node.

You get the following output:

Similarly, you can use the Visual Studio Code Terminal to install packages.

ALSO READ: How to loop through array in Node.js [6 Methods]

Before that, let's notify Node.js that we want to manage npm packages by running npm init command. 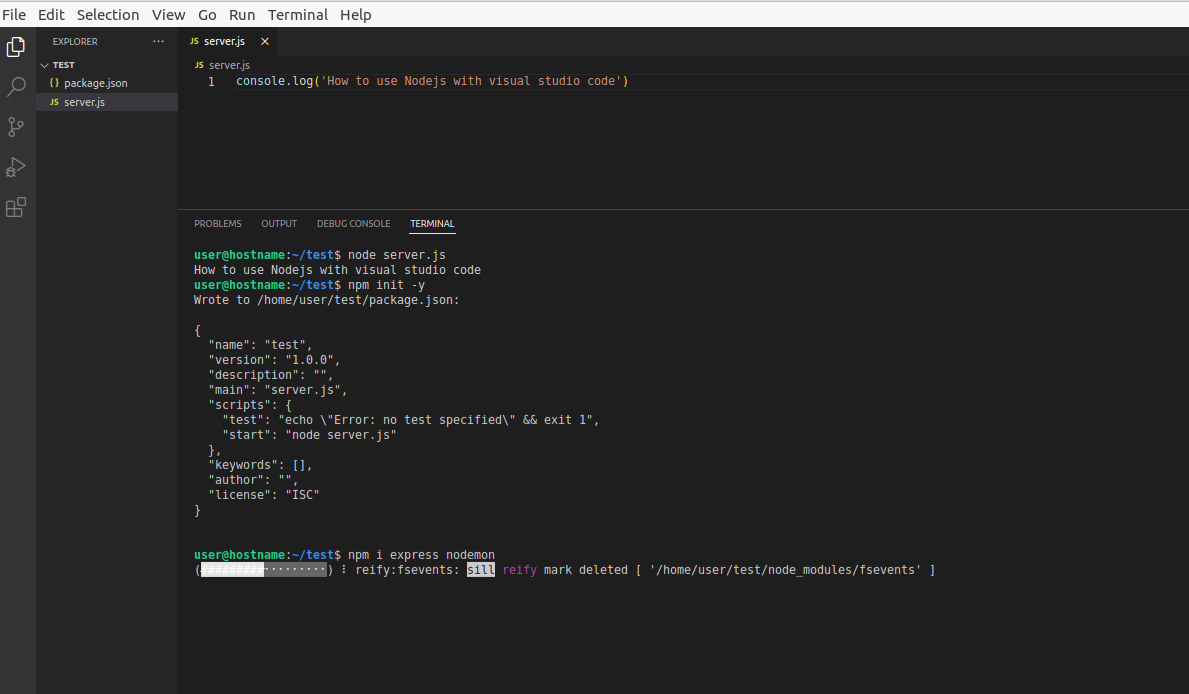 Let's customize the package.json file to use nodemon, build the web server and start it.

Then make a request using your browser as the client on PORT 3000.

You can end a process running on the terminal using the ctrl+c shortcut.

You must have realized that visual studio code is intelligent enough to detect we are writing JavaScript. It attempts to autocomplete statements for us.

You can enlarge the font size by pressing the ctrl and + keys simultaneously or minimize it using the ctrl and - keys. You can split the screen by dragging one file to the top-right active corner of another.

Here are more shortcuts and settings.

One of the main reasons programmers love Visual Studio Code is that you can build anything or use (almost) any programming language with it. It enables you to install extensions through its Extensions link on the sidebar.

All you do is click the Extensions link, search for a new or an installed extension then install or manage the extension.

You can also manage extensions through the command palette, accessible through the View tab -> Command Palette 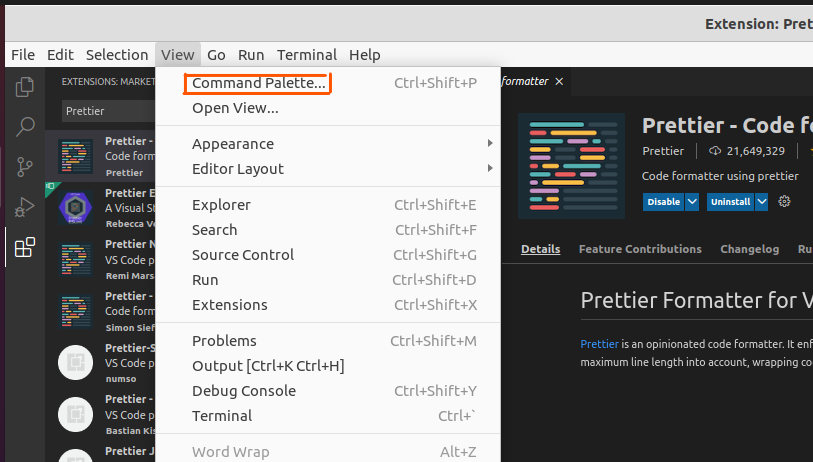 The command palette, also reachable via the ctrl+shift+p shortcut, enables you to run commands.

Themes like Eva, One Dark Pro, Cobalt 2, and Material Theme change the appearance of the UI of your code editor. For example, let's install One Dark Pro, set its dark mode and see how the interface looks.

Additionally, you can install the Prettier extension for automatic code format. Then open the server.js file to see the impact of themes and extensions.

The file has a (better) new look.

Lastly, you can close the editor or open another project.

Knowing how to use Node.js with Visual Studio Code starts by installing Node.js and the editor on your machine.

You should then learn how to manage files by navigating Visual Studio Code's interface. It would be helpful to know shortcuts and customize the editor for improved productivity.