A network loop occurs when there is more than one path exists between the source and destination. Consider the figure below, in which two switches are connected to each other with multiple path. Imagine that Layer 2 loop prevention mechanism is not enabled or is broken on the switches somehow. The broadcast or multicast frames created by any end point in the network will be received by the switches and flooded out of every port except the port that the frame was received on, creating a layer 2 loop between two switches. Even if you disconnect every end point from the network, there will still be an infinite broadcast and multicast storm between both switches.

What is broadcast, multicast, unicast and how does it work?

In packet switching network, there are 3 types of frames; broadcast, multicast and unicast.

Advertisement
ALSO READ: How to check if ISP is blocking website [Wireshark]

Broadcast is the term used to describe communication where a frame is sent from one end point to all other end points at the same time. In this type of communication, there is only one sender that sends data frames to all connected receivers. 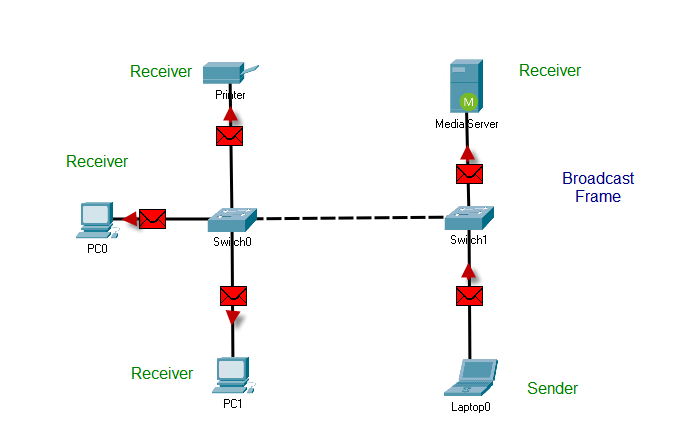 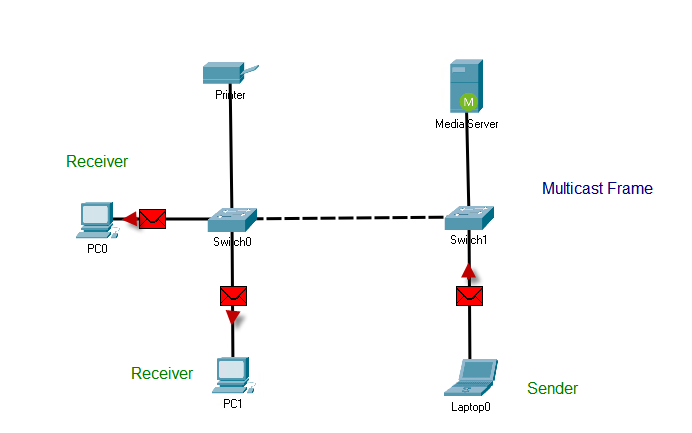 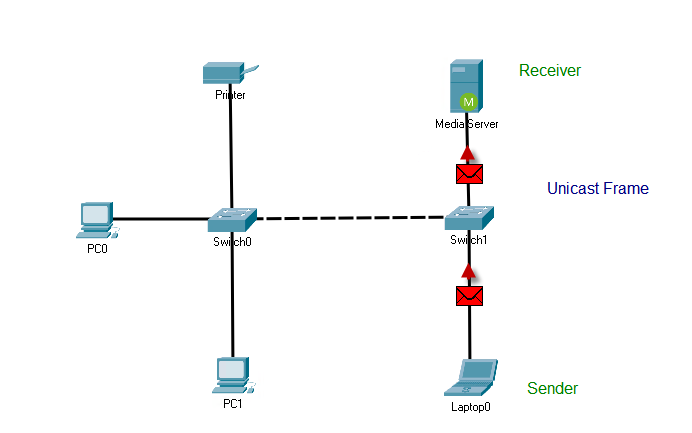 How does a switch know if a frame is broadcast, multicast or unicast?

It is all about how mac address format is designed. MAC address is 48 bits (6 bytes) unique identifier. Each byte is called an “octet”. See more details below.

The first 24 bits (3 bytes) of mac address is called organisationally Unique Identifier (OUI), which identifies a vendor, manufacturer, or other organization. See some OUI below.

What are the reasons behind a network loop?

Network loops occur due to many reasons. The most common causes are below.

As a network administrator, I mostly experience the first and last one.

For learning and testing purpose, the easiest way to create a loop is just disabling spanning tree on the switch and plugging network cable from one port to the other one. But it is a rare case in a network to have that kind of loop. It happens only with hubs and dummy switches that do not run a spanning tree. A second method to easily create a loop is using buggy IP phones. Here is a list from Cisco: https://quickview.cloudapps.cisco.com/quickview/bug/CSCvd03371

If you have one of the phones in the list, you can create a loop. (I am sure there are some other models that have the bug but not listed there) 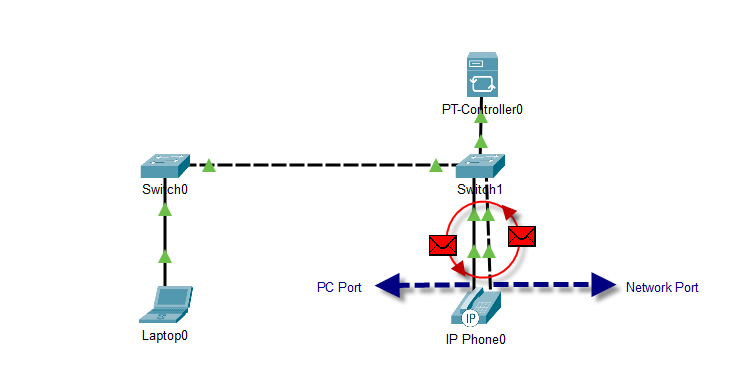 How to protect your network from loop?

It actually depends on what kind of equipment you have and what sort of loop prevention mechanisms it has. Protection method commonly used are below.

Find a loop with Wireshark

Use “unicast / (broadcast +multicast)” formula which gives you a great idea. Let’s test it on my packets I captured during the loop. We will create a filter (eth.dst.lg == 0) that shows the packets contain IG bit of zero (0), which displays unicast packets. See the details below. 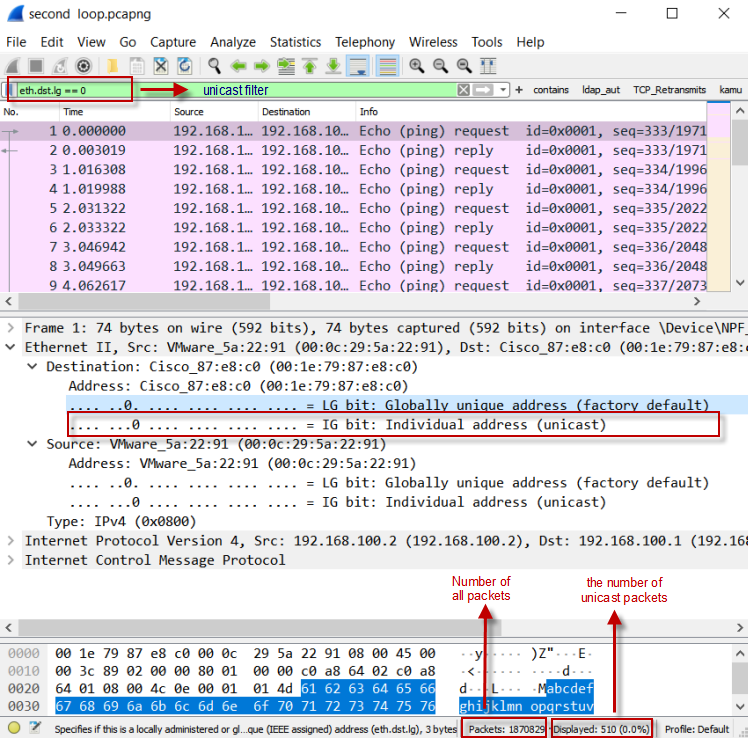 As you see both in the screenshot and calculation, unicast packet ratio is pretty low which indicate that a loop has occurred. The number of broadcast and multicast packets can be found with this filter: (eth.dst.lg == 1  ) or (eth.addr == ff:ff:ff:ff:ff:ff)

1) Select a broadcast or multicast packet and go to IP header section.

2) Right click on the “Header Checksum” and a menu appears. 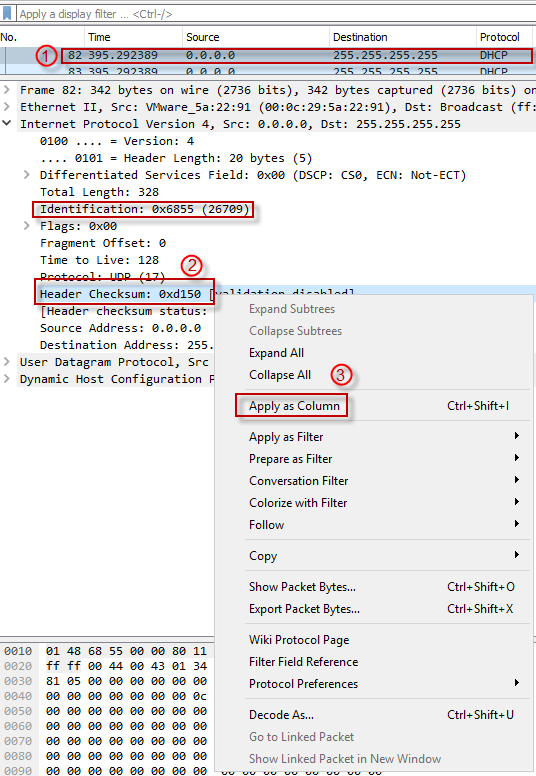 4) Do the same steps for “Identification” filed too.

5) At this point you should have columns like below 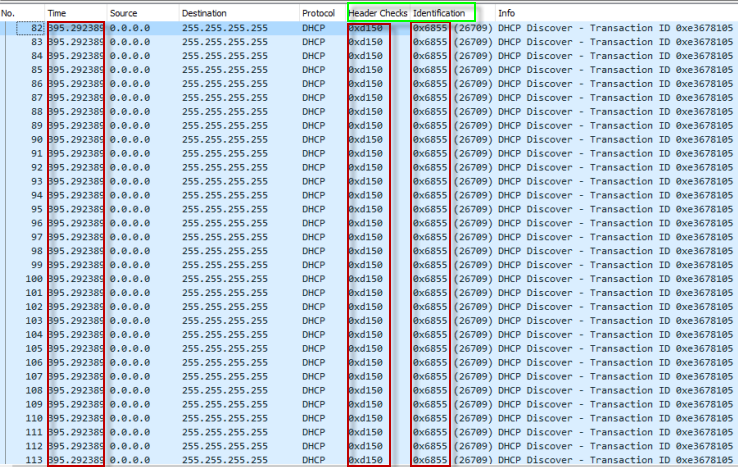 In the figure above, we can see in a short time frame the packet with the same Identification and Header Checksum is seen multiple times. It proves that there has been a loop. 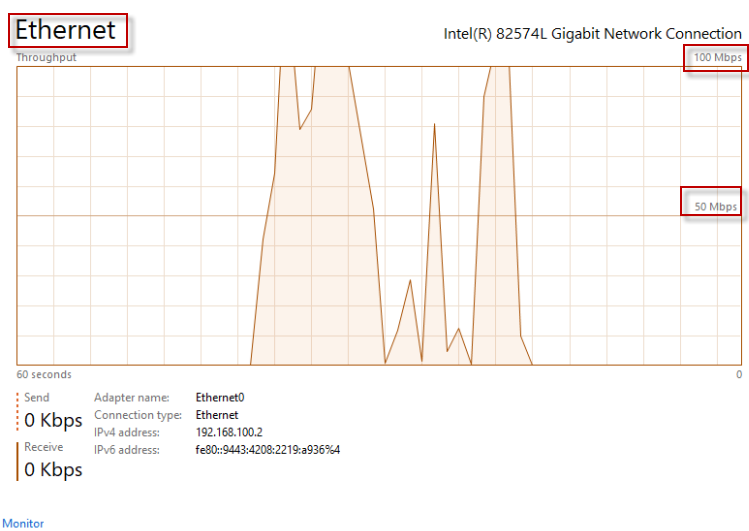 When the loop occurred, my network utilization increased instantly, causing my computer to freeze. When I disabled the loop, the traffic went to the normal level. Beside excessive network utilization, high CPU usage was observed. 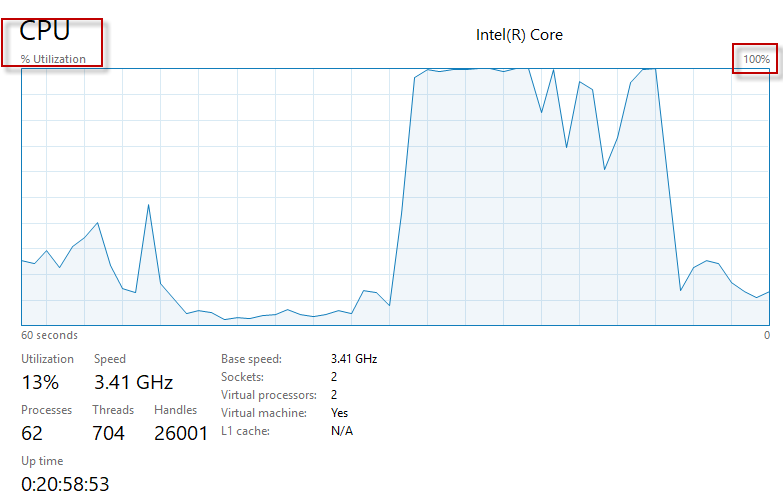 Another way is to use network monitoring tools like SolarWinds Network Performance Monitor, Nagios Core, Cacti, Observium etc. The crucial point is that you should look at inbound traffic where there has been excessive traffic recently. That is probably the source of the loop.

Introduction of a network loop can severely impact network performance. The prevention mechanisms should always be enabled. When it occurs, tools like Wireshark or network monitoring tools can be handy.