1. How can we see n most recent commits in GIT?

We can use git log command to see the latest commits. To see the three most recent commits we use following command:

2. How can we know if a branch is already merged into master in GIT?

We can use following commands for this purpose:

By default this applies only to local branches.

3. What is the purpose of git stash drop?

5. What is the most popular branching strategy in GIT?

There are many ways to do branching in GIT. One of the popular ways is to maintain two branches:

Once the code is ready for deployment to production, it is merged into master branch from develop branch.

7. What is the use of git instaweb?

11. What are the main benefits of GIT?

There are following main benefits of GIT:

12. What are the disadvantages of GIT?

GIT has very few disadvantages. These are the scenarios when GIT is difficult to use. Some of these are:

13. What are the main differences between GIT and SVN?

The main differences between GIT and SVN are:

14. How will you start GIT for your project?

16. How will you create a repository in GIT?

17. What are the different ways to start work in GIT?

We can start work in GIT in following ways:

18. GIT is written in which language?

19. What does ‘git pull’ command in GIT do internally?

20. What does ‘git push’ command in GIT do internally?

23. What is the purpose of git config command?

We can set the configuration options for GIT installation by using git config command.

24. How can we see the configuration settings of GIT installation?

We can use ‘git config --list’ command to print all the GIT configuration settings in GIT installation.

25. How will you write a message with commit command in GIT?

We call following command for commit with a message:

26. What is stored inside a commit object in GIT?

27. How many heads can you create in a GIT repository?

There can be any number of heads in a repository.
By default there is one head known as HEAD in each repository in GIT.

28. Why do we create branches in GIT?

29. What are the different kinds of branches that can be created in GIT?

We can create different kinds of branches for following purposes in GIT:

30. How will you create a new branch in GIT?

We use following command to create a new branch in GIT:

31. How will you add a new feature to the main branch?

33. What is merge conflict in GIT?

34. How can we resolve a merge conflict in GIT?

When GIT reports merge conflict in a file, it marks the lines as follows:

To resolve the merge conflict in a file, we edit the file and fix the conflicting change. In above example we can either keep five or six.
After editing the file we run git add command followed by git commit command. Since GIT is aware that it was merge conflict, it links this change to the correct commit.

35. What command will you use to delete a branch?

To delete an unwanted branch we use following command:

36. What command will you use to delete a branch that has unmerged changes?

To forcibly delete an unwanted branch with unmerged changes, we use following command:

37. What is the alternative command to merging in GIT?

Another alternative of merging in GIT is rebasing. It is done by git rebase command.

40. Why do we use Interactive Rebasing in place of Auto Rebasing?

41. What is the command for Rebasing in Git?

Git command for rebasing is:

42. What is the main difference between git clone and git remote?

43. What is GIT version control?

There are many GUI for GIT that we can use. Some of these are:

45. What is the use of git diff command in GIT?

47. What are the three most popular version of git diff command?

Three most popular git diff commands are as follows:

48. What is the use of git status command?

Among the above three items, first item is the one that we commit by using git commit command. Item two and three can be committed only after running git add command.

49. What is the main difference between git diff and git status?

51. What is the command to apply a stash?

So the command to apply a stash is:

Or we can use

55. What does a commit object contain?

Whenever we do a commit in GIT by using git commit command, GIT creates a new commit object. This commit objects is saved to GIT repository.

56. How can we convert git log messages to a different format?

We can use pretty option in git log command for this.

This option converts the output format from default to other formats.

There are pre-built formats available for our use.

57. What are the programming languages in which git hooks can be written?

59. How GIT protects the code in a repository?

61. How can we change a commit message in GIT?

62. Why is it advisable to create an additional commit instead of amending an existing commit?

63. What is a bare repository in GIT?

64. How do we put a local repository on GitHub server?

65. How will you delete a branch in GIT?

66. How can we set up a Git repository to run code sanity checks and UAT tests just before a commit?

67. How can we revert a commit that was pushed earlier and is public now?

68. In GIT, how will you compress last n commits into a single commit?

Tom compress last n commits a single commit, we use git rebase command. This command compresses multiple commits and creates a new commit. It overwrites the history of commits.
It should be done carefully, since it can lead to unexpected results.

69. How will you switch from one branch to a new branch in GIT?

In GIT, we can use git checkout command to switch to a new branch.

70. How can we clean unwanted files from our working directory in GIT?

71. What is the purpose of git tag command?

74. How can you find the names of files that were changed in a specific commit?

Every commit in GIT has a hash code. This hash code uniquely represents the GIT commit object.
We can use git diff-tree command to list the name of files that were changed in a commit.

The command will be as follows:

By using -r flag, we just get the list of individual files.

75. How can we attach an automated script to run on the event of a new commit by push command?

76. What is the difference between pre-receive, update and post-receive hooks in GIT?

77. Do we have to store Scripts for GIT hooks within same repository?

78. How can we determine the commit that is the source of a bug in GIT?

79. How can we see differences between two commits in GIT?

80. What are the different ways to identify a commit in GIT?

When we open head file we see:

If we run git checkout branchA, Git updates the file to look like this:

82. What are the different types of Tags you can create in GIT?

In GIT, we can create two types of Tags.

83. How can we rename a remote repository?

84. Some people use git checkout and some use git co for checkout. How is that possible?

We can create aliases in GIT for commands by modifying the git configuration.

In case of calling git co instead of git checkout we can run following command:

So the people using git co have made the alias for git checkout in their own environment.

85. How can we see the last commit on each of our branch in GIT?

When we run git branch command, it lists all the branches in our local repository. To see the latest commit associated with each branch, we use option –v.

Exact command for this is as follows:

It lists branches as:

86. Is origin a special branch in GIT?

87. How can we configure GIT to not ask for password every time?

88. What are the four major protocols used by GIT for data transfer?

90. How can we work on a project where we do not have push access?

In case of projects where we do not have push access, we can just fork the repository. By running git fork command, GIT will create a personal copy of the repository in our namespace. Once our work is done, we can create a pull request to merge our changes on the real project.

92. How can your reorder commits in GIT?

We can use git rebase command to reorder commits in GIT. It can work interactively and you can also select the ordering of commits.

93. How will you split a commit into multiple commits?

To split a commit, we have to use git rebase command in interactive mode. Once we reach the commit that needs to be split, we reset that commit and take the changes that have been reset. Now we can create multiple commits out of that.

95. What are the three main trees maintained by GIT?

96. What are the three main steps of working GIT?

GIT has following three main steps in a simple workflow:

97. What are ours and theirs merge options in GIT?

98. How can we ignore merge conflicts due to Whitespace?

GIT provides an option ignore-space-change in git merge command to ignore the conflicts related to whitespaces.

The command to do so is as follows:

In GIT, git blame is a very good option to find the person who changed a specific line. When we call git blame on a file, it displays the commit and name of a person responsible for making change in that line.

Following is a sample:

Lastly I hope this article on GIT Interview Questions and Answers was helpful. So, let me know your suggestions and feedback using the comment section. 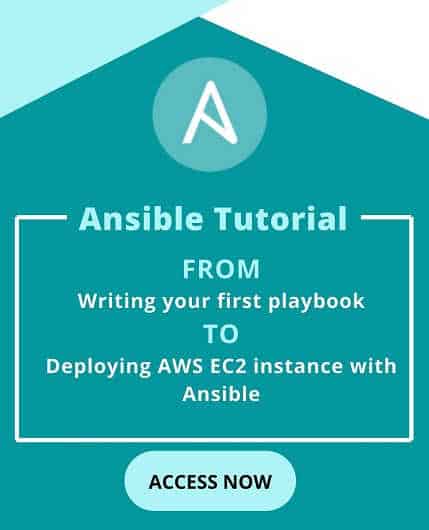