DDoS attackers (Distributed Denial of Service) use multiple hosts to concurrently attack the target server and employ a decentralized approach based on Denial of Service. This renders the targeted server incapable of processing a large volume of requests even when a network defensive technology is implemented.

The following types of Distributed  Denial of service can be differentiated based on the attack's general strategy.

In this guide, we will be showing you how to use torshammer to perform a DDoS attack on the target website.

DISCLAIMER:
This guide has been made for educational purposes only. The author shall not be held liable for any damages caused by the use of this guide. Always ensure you obtain the consent of the involved parties in a case where a DDoS attack is being made on a production website.

While using the Tor network for DDOS attacks, Torhammer assumes you are just using Tor on 127.0.0.1:9050. The tool kills almost all of the unprotected Apache and IIS web servers with a single instance.

Since the Torhammer tool is python based, it is a cross platform tool. To install it, we must install Tor on our system for use with Torhammer.

We can now use Torhammer with Tor. The next step is to download the tool from its official GitHub repository.

After the download is complete we navigate into the newly created folder.

Within the folder, we have the three files which make up the Torhammer tool: socks.py, terminal.py and torshammer.py. To run the DDoS attack we will be using the torshammer.py file.

ALSO READ: How to setup proxychains for 100% anonymity [Step-by-Step]

While using the Torshammer tool to launch a DDoS attack, we can specify the details of the target and even choose whether to use Tor or not. These commands include;

Launching a DDoS attack against a target website on localhost

We already have a running instance of DVWA on which we will be performing a DDoS attack on. To completely render the website unusable, we navigate to the Torshammer folder and run the below command. 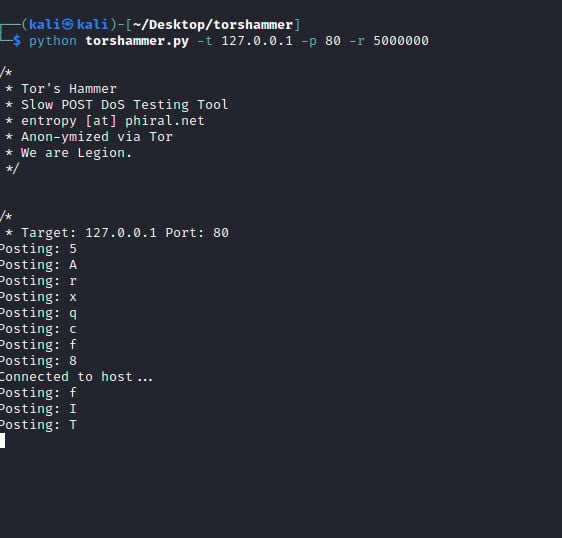 After some time, if you try to load the DVWA webpage on your browser, it will be stuck on loading as shown in the image below. 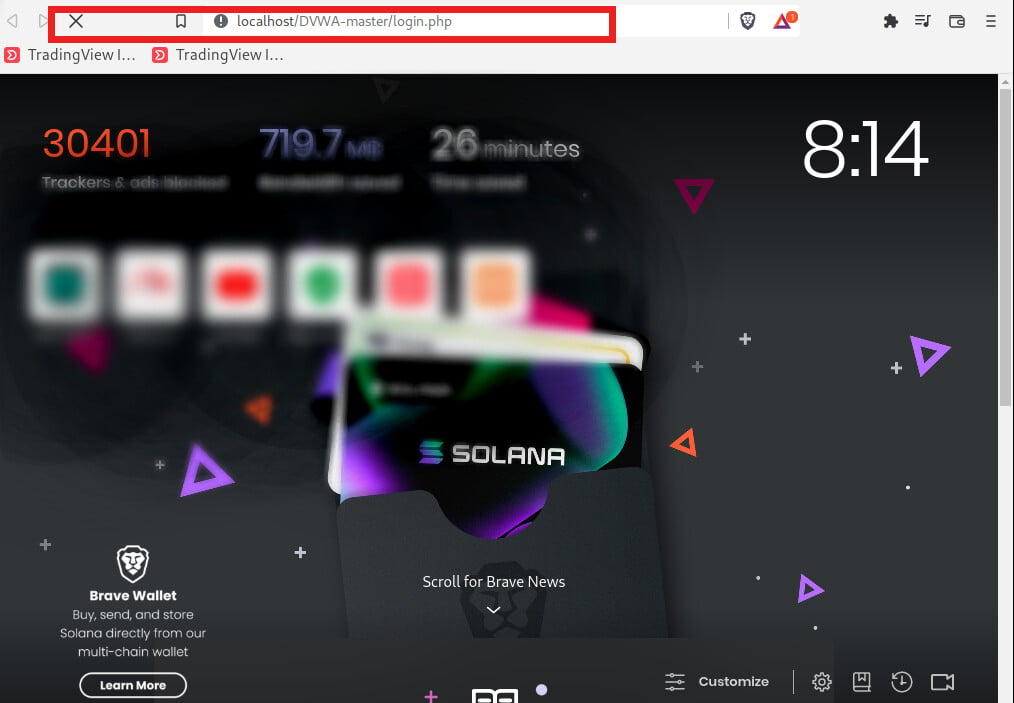 If you want to use the Tor network, when launching your attack make sure you add the -T function which provides security, as well, as providing a new identity in a case where the target site is programmed to ban IP addresses which keep a connection open for a specified amount of time.

As illustrated in the above guide, we can be able to launch a DDoS attack on a target from our computer. The target website was rendered unusable just after a few seconds of running the Torshammer tool. In a DDoS attack, the attacker slows down the normal function of the target website by sending many random packets to the webserver.

ALSO READ: How to set up WordPress Reverse Shell [100% Working]

Over the year, DDoS attacks have evolved and so has the mechanisms employed to mitigate this kind of attack. Some of the ways that you can mitigate these attacks include;

Before launching a DDoS attack against a target always make sure you have obtained consent from the involved parties. Launching DDoS attacks on websites is a criminal act prohibited by law around the world.