IMPORTANT NOTE:
This guide has been written for education purposes only. The writer or the website owner will not be responsible for any damages caused or related to the use of this guide and tool.
Make sure you obtain the consent of your victim before carrying out any attack on him or her.

To install ApkBleach we need to clone the tools official repository, move into the directory and run the installer as shown below.

For us to generate an android payload, we will use the below command.

After the bleached android payload has been generated, we can now send it to our targets using social engineering techniques to make sure our target downloads and installs the application on their android devices. We will be able to gain a shell from where we can send commands to the target device remotely. We can also install other android payloads and fetch information from the mobile device remotely. The installation runs smoothly without raising any suspicious notification from google play protect. 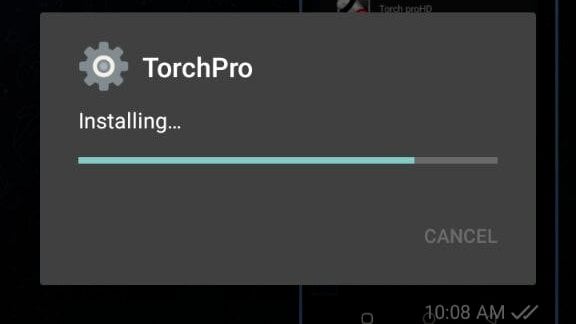 Step 3: Getting a reverse shell using the android payload

When using ApkBleach, you can add your own custom android payloads and icons as you wish in their respective folders. They will be useful when generating different payloads to be used on different victims and scenarios. Using commonly known icons and names on your android payload will help making the hack successful. Below is a screen of a session gained from a victim’s android phone using an ApkBleach android payload. In our case, we used a reverse tcp payload to gain a session.

ApkBleach was developed to specifically obfuscate android payloads which have been generated by the metasploit framework in order to evade detection by anti-viruses. The obfuscation process attempts to avoid detection using two main methods. The first method is the strict screening of the compiled android payload. Metasploit by default generates an android application littered with the keywords “payload” and “metasploit”.

The keywords are replaced with random strings and randomizing file names is good first step in obfuscating the typical metasploit android payload. The second method is by changing the way the payloads are executed. The default payload generated by metasploit executes by creating or simply running as soon as the applications are opened. This method of obfuscation uses the devices accelerometer activity to launch an android payload. The ApkBleach payload waits for physical movement of the target device before the android payload is executed. In addition to obfuscation, ApkBleach has automated the process of changing the android payload app name and icon.