Hello learners, in this guide I will be showing you how you can install Caine forensic operating system as a virtual machine. The full meaning of the word CAINE is Computer Aided Investigative Environment. Caine OS has built in tools used by forensic investigators in their day to day duties and also has tight security measures. It is built for use as a live CD for a forensic investigator to be able to use all forensic tools i.e. Image acquisition tools, but we will install Caine OS in virtual box.

The process to install Caine OS on virtual box is similar to that of installing any other Linux distribution on virtual environment but with Caine OS we first have to boot it as Live CD then run the installer.

Having familiarized with Caine we can now jump right into our guide on how to do it.

On our first step to install Caine OS we will create a virtual machine with the system specifications named on the pre-requisites section. In this guide we are using Oracle virtual box.

As shown on the image above, the first step to create a virtual machine is to provide a name for the virtual machine, the machine folder, type of the OS to be installed and the version. After specifying we click Next. 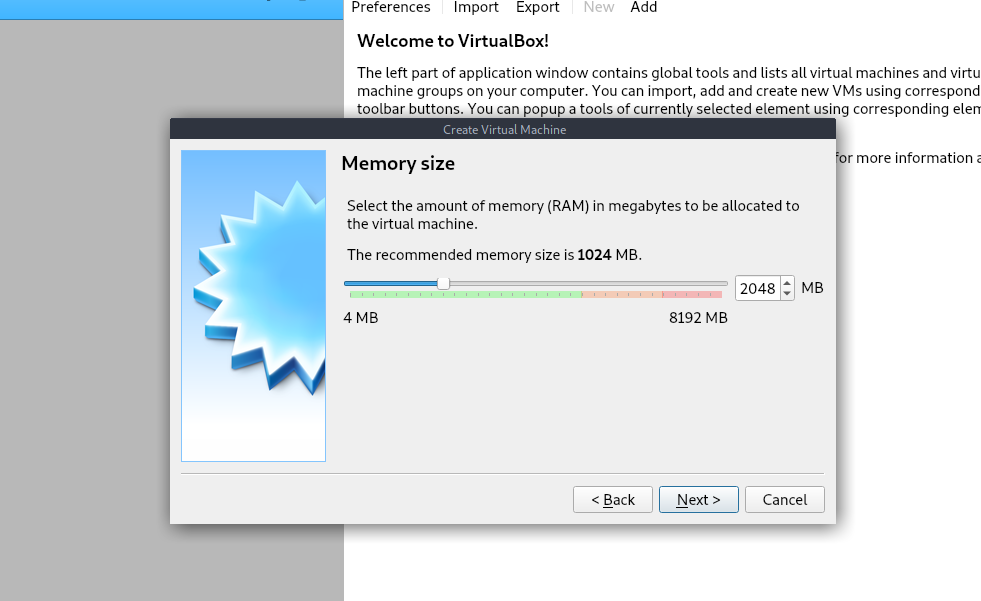 On this screen we will specify the amount of RAM to be allocated to our new Virtual machine. As we indicated on our pre-requisites we will allocate a RAM of 2 GB and click Next.

The next step is to specify the hard disk file type we will be using for our virtual machine. Since we are not using Caine OS with other virtualization software, we can leave it as it is and click Next. 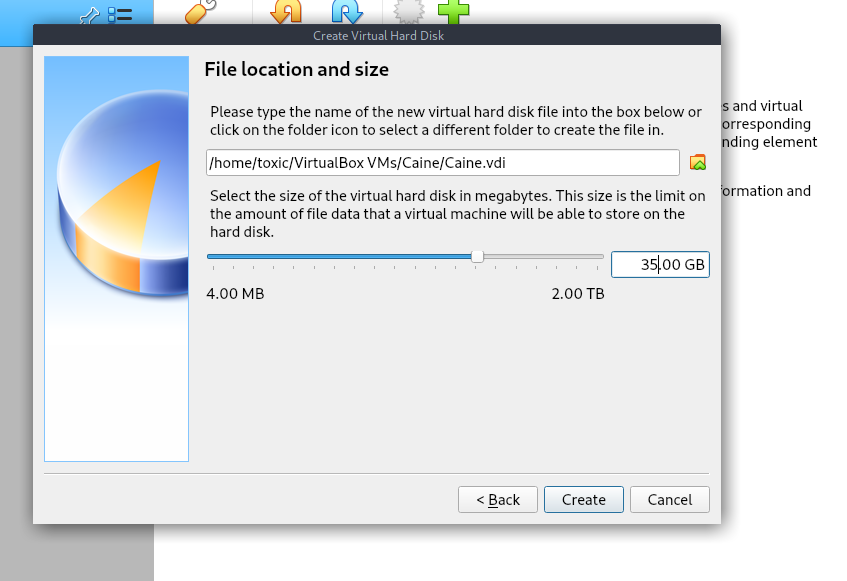 The next step is to screen to select the mode we want to boot Caine OS as shown on the below screen. We will Caine OS in live mode. In case you see a command prompt just type in “startx”. 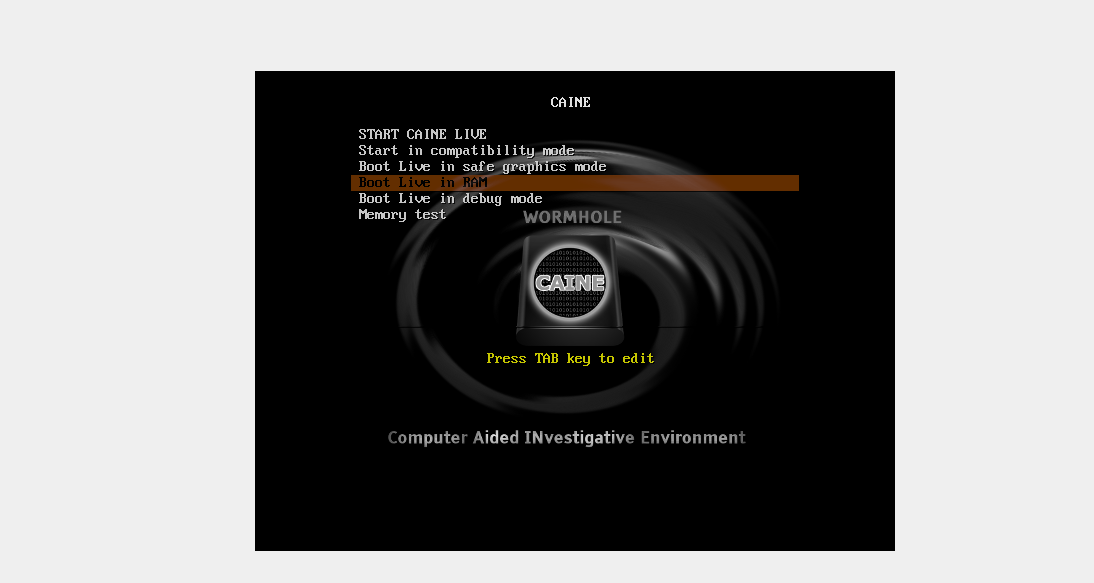 By default, Caine boots with a screen size of 800x600. You can adjust it to full screen size. 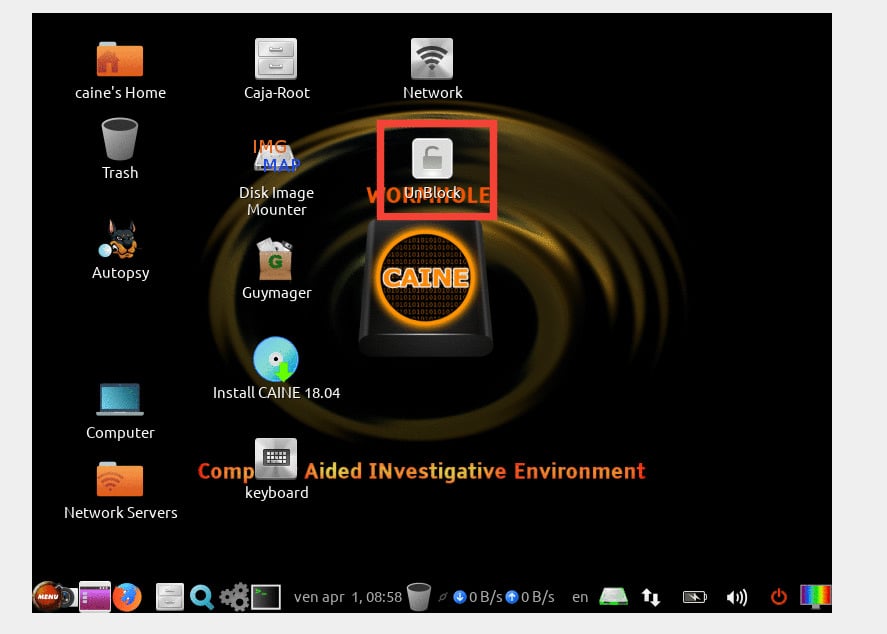 We have to select the storage on which we want to install Caine OS. We will use the virtual hard disk we just created in the preceding step and click Ok. 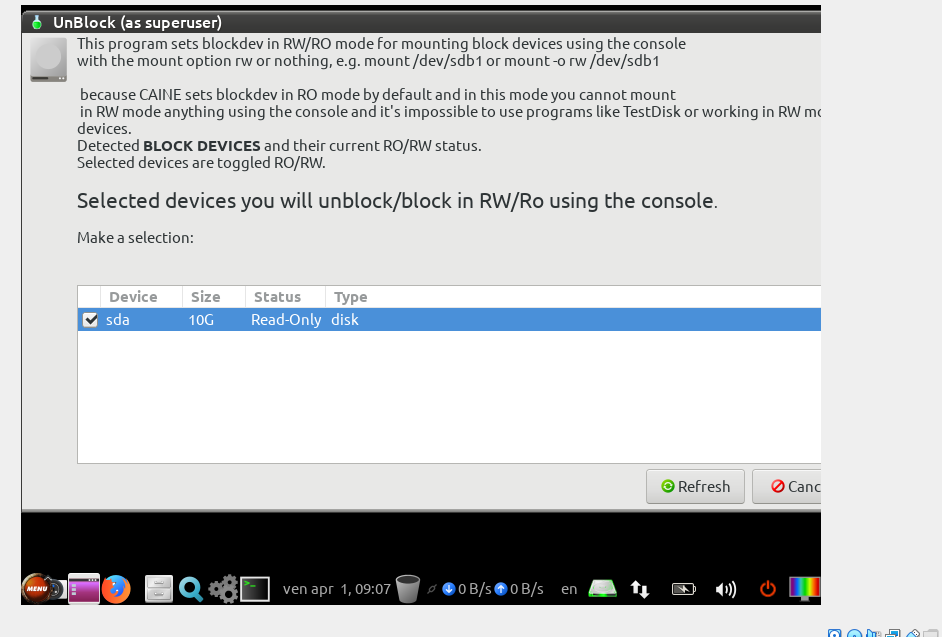 After we have mounted the disk we are now ready to run the installation tool found on the Desktop folder of Caine OS. 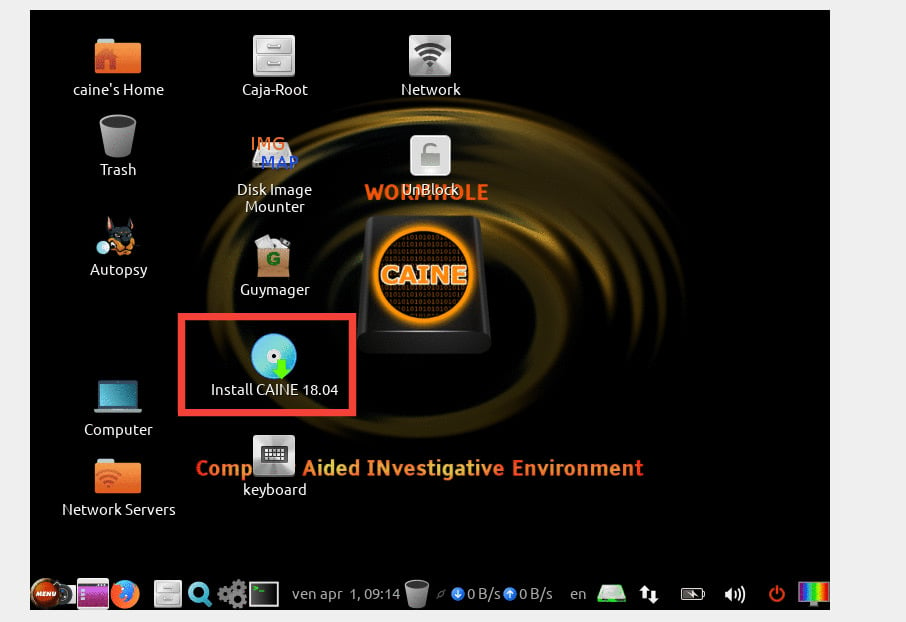 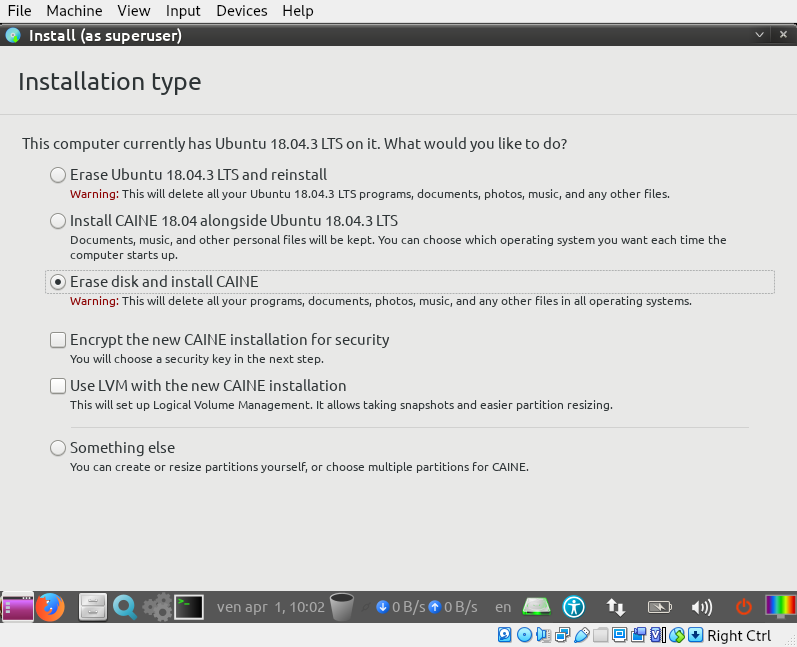 On the next screen we screen set the user name and the password. 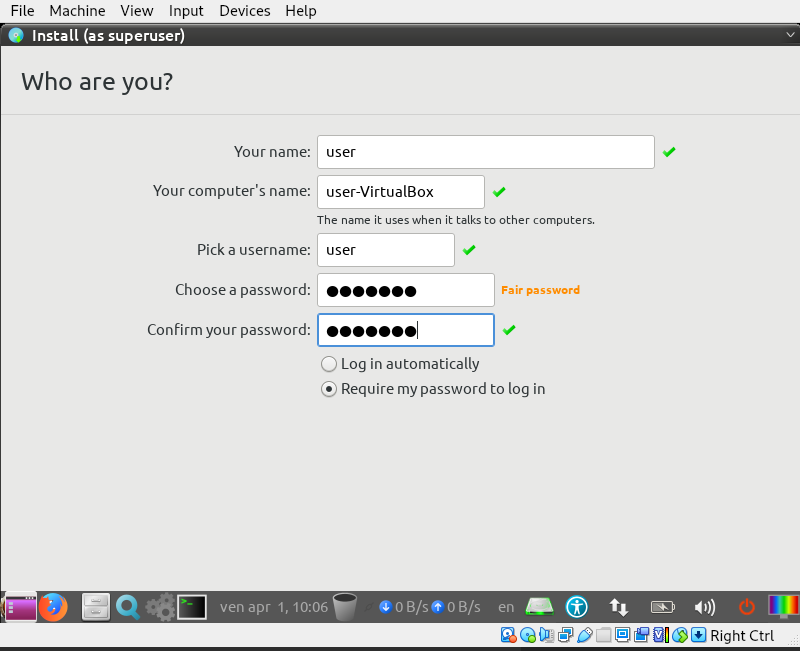 After providing all the required information to create a user, we click next and wait for the installation to complete so that we can restart the virtual machine on which we install Caine OS. We can now comfortably use our installed Caine OS right from the virtual box.