Getting started to inject encoded payload with Shellter

One major problem that most Ethical hackers and penetration testers face is bypassing Anti-Virus software when executing payloads. If you are running an exploit or Shellcode that you wrote the code yourself, Anti-Virus software might not be a significant problem. However, if you are using pre-developed shellcodes/ payloads generated by tools like Metasploit, there is a high chance that it's signed as "malicious" by most AV software out there. Luckily, instead of spending hours researching and practicing how to evade AVs, you can use Shellter to inject your exploit into legit software like VNC, Putty, Winrar, and so much more.

Shellter is a dynamic shellcode injection tool used to inject exploits and Shellcode into native Windows applications. As of now, Shellter only supports injecting 32-bit applications. However, Shellter is available for both 32-bit and 64-bit applications, and it is available for different platforms, including Windows, Linux, and macOS. The Shellcode can be anything from user-coded exploits to those generated by tools like Metasploit. Shellter does not modify the host file/ PE to keep everything straightforward, including memory access or Read -  Write and Execute permissions.

You can read more about Shellter's features on their official website.

As we stated above, Shellter is available for Windows, Linux, and macOS. In this post, we will install Shellter on Kali Linux - The leading penetration testing and security auditing operating system in the market today. You can read more blogs on Kali Linux and Ethical Hacking on our Ethical hacking section.

To install Shellter on Kali Linux, execute the command below on your Terminal.

Note: If you are running a fresh installation of Kali Linux, you need to update the repositories. Check out our master guide on Kali Linux repositories.

HINT:
To install Shellter on other Linux systems, we highly recommend downloading the setup file on the Shellter Download page since most Linux distro repositories might be outdated. That doesn't apply for Kali Linux because their developers added an automatic check that runs daily, looking for any Shellter updates or new releases.

After successfully installing Shellter on Kali Linux, we need to install Wine responsible for running Shellter on Linux systems. Execute the commands below on the Terminal.

Create a Payload With Metasploit

Our target (victim) machine is Windows, and our attacking machine is the Kali Linux system. You need to get the IP addresses of both machines as we will require them when generating the payload. In our case, the IP addresses are assigned as follows:

Launch the Terminal and use the syntax below to generate a Windows Reverse TCP payload with msfvenom.

Let's look at the code above in detail:

When we run the ls command on our Desktop directory, you can see that we successfully create our payload - PhotoEditor.raw.

Launch Shellter by executing the command below on your Terminal to get started.

After a few seconds, another Terminal window will open, revealing the user-friendly prompts for using Shellter.

That's it! At this point, sit back and wait for Shellter to inject your exploit into the target PE.

To test the payload, we will carry out the steps below:

Start Netcat on our Kali Linux to listen to the port we specified on our payload. Which is port 5657.

We will copy the file we injected with the payload to the Windows system to create a Reverse TCP connection to the Kali system. 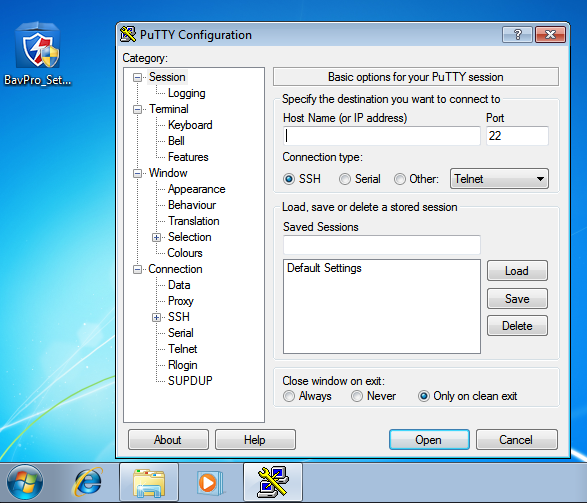 Also, something interesting happened. When we go back to our netcat window, we see a successful connection from our Windows system. Therefore, if we had used a tool like Meterpreter to start a "meterpreter" session, we could easily execute remote commands on our Windows system.

Now, we have one more challenge remaining - Bypassing AV software. For this post, we will use Viru total for demonstration. However, beware because this site shares samples with antivirus vendors. To get started, open the Virus Total website and upload the PE. In our case, it's the Putty.exe file. After running a scan on our file, we found that 29 out of 67 Anti virus software flagged our file as malicious. See the image below.

But wait! There is something interesting to note. We repeated the whole process and used a different PE this time. We use Xpra.exe instead of Putty. The main difference between these two files is size. Putty is around 1.1 MB, while Xpra is around 102.8 MB. After injecting Xpra with our payload and testing it on Virus total, only Seven out 60 AV software detected it as a malicious file.

Therefore, we can deduce that the more complex the target PE file, the harder it will be for Antiviruses to detect our injected Shell code.

In this post, we have given you a detailed guide on getting started with Shellter. However, there is still a lot that you can still do with Shellter there than what we have discussed. For that, please feel free to check out the official Shellter manual. For users who love interacting with GUI tools, you should get your hopes high since Shellter developers have announced releasing a GUI version of the tool. Please feel free to share with our readers in the comments any more tricks and tips you discovered while using Shellter.