screen is a command-line utility that multiplexes a physical terminal between several processes in Linux. It allows you to run multiple terminals from a single session.

With screen, you can disconnect from the terminal session and reconnect again to resume where you left it. You can continue even after you close the terminal or log out the user.

You can also connect remote computers to the screen session. While running an ssh session on a remote machine, the session may get disconnected. In such cases, screen comes in handy as you can resume the work in the terminal.

How to install screen

screen may not be available by default in your system. You can use these commands to install screen according to your Linux distros.

Install screen on Ubuntu and Debian

Syntax to use screen command

The syntax for screen command is as follows:

Different examples to use screen command

You can simply run screen command to open a new terminal in the screen session. 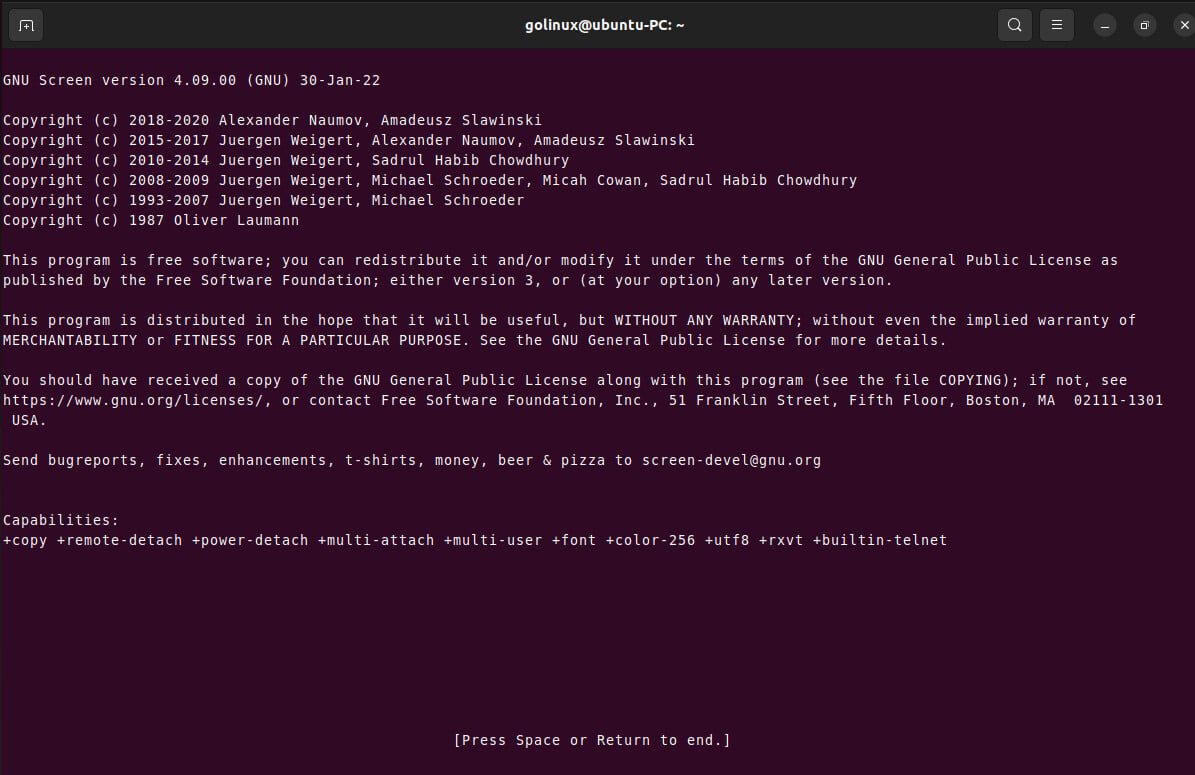 After opening the screen session, you can press Ctrl+a ? to view the list of all commands. 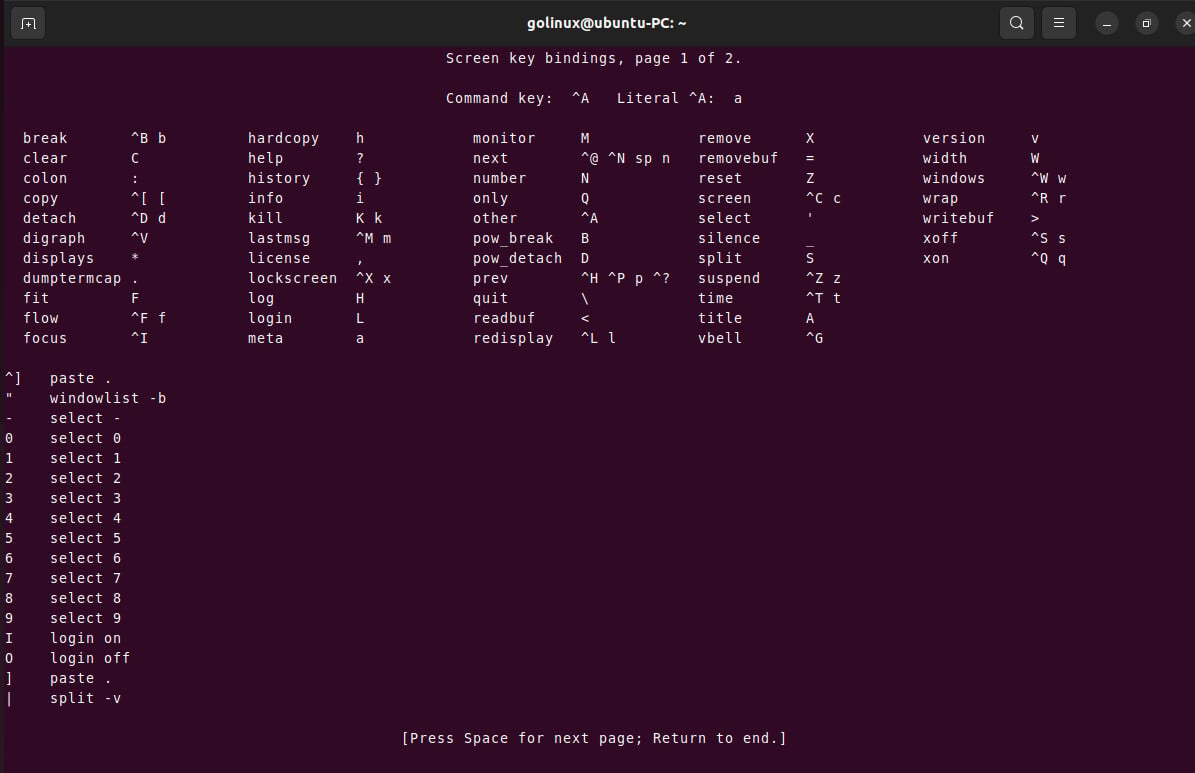 When creating a new session, you can specify a name for the session using the -S option.

You can use this name to reattach the session later.

The screen command with -ls flag shows all the screen sessions on the system. It includes both attached and detached sessions.

4. Detach from the screen session

To detach from the screen session, you can press Ctrl+a and d character.

Or, you can also use the -d option followed by the screen name or id.

The -r option is used to reattach the screen session.

To verify the change, use the screen -ls command.

You can have multiple windows (from 0 to N)  in a screen session. To create a new window with the existing shell, you can use Ctrl+a followed by c character.

The shell will be assigned to the first available number from 0 to N.

You can view the number and title of a window by pressing Ctrl+a and N.

After creating multiple windows, you will need to switch between them. This can be done by pressing Ctrl+a followed by the Space or the shell number.

For example, to switch to shell number 3, press Ctrl+a then 3.

Ctrl+a and n: switch to the next window

Ctrl+a and p: switch to the previous window

To lock the screen session, you need to press Ctrl+a and x. This method uses your system's password to lock the session.

You can use your Linux password to unlock the screen.

You can press Ctrl+a and K to kill or terminate the screen window. It will prompt you for confirmation.

Now you should have understood how to use the screen command and take advantage of multiple terminal sessions in Linux. screen can be useful when you need to run multiple programs from a terminal. It also ensures that your work is not lost after the terminal is closed.

Please let us know via the comments if you have any questions or feedback.